Spotify and Campaign gathered FMCG marketers to find out whether brands can still gain the trust of consumers.

"Trust is a big word which is lightly used these days," said Clare Lawson, chief customer officer at Ogilvy. Lawson was speaking at Campaign and Spotify’s breakfast event that aimed to help FMCG brands improve consumer trust and loyalty.

Just because a brand has a consumer’s trust at one moment doesn’t mean they will always have it, Lawson warned. It just means they’ve delivered on expectations.

The lineup – which also included Maltesers (Mars), Publicis Media, General Mills and Spotify – warned against complacency in the drive to understand consumers better, and earn trust over time.

"If you don’t have a consumer-centric mindset and you are only thinking as a marketer you end up violating your consumer relationship," said Jeff Rossi, Spotify’s global head of industry, consumer packaged goods.

So is trust all about finding the right place to put your brand message? 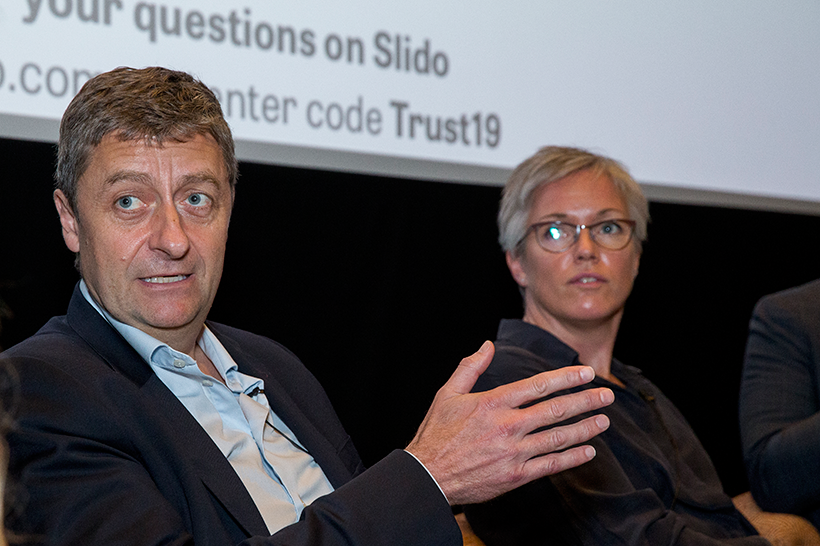 Publicis Media’s chief operating officer, Mark Howley, asks the opposite – ‘What environments wouldn’t I want to be in?’

Young people, particularly children, are very damning of companies and brands they see as doing the wrong thing, he said: "Media context is your body language. How you are dressing yourself is important –you are telling the public ‘we’re alike, we’re talking, I’m the brand for you’."

Arjoon Bose, Europe marketing head for new ventures at General Mills, which is setting up a new business focusing on natural organic brands, said brand trust is fundamental for his target consumer who is "seeking truth and transparency".

"We are going from a mass approach and targeting at scale to digital first precision targeting… how and where we show up is critical," he added.

He argued that while sometimes there’s a reason to speak broadly, brands should weigh the benefits of certain media environments: "If you’re going to spend millions to build a brand don’t fall down at the media channel you use – it’s the last step. You are only as strong as the weakest link in your chain."

Only omnichannel
Lawson stressed that every moment matters – on and offline. She pointed out that ordering online, for example through Amazon, still involves a physical moment when it turns up at the doorstep.

"Any engagement online is mirrored offline," Lawson said. "It’s about efficiency and effectiveness." 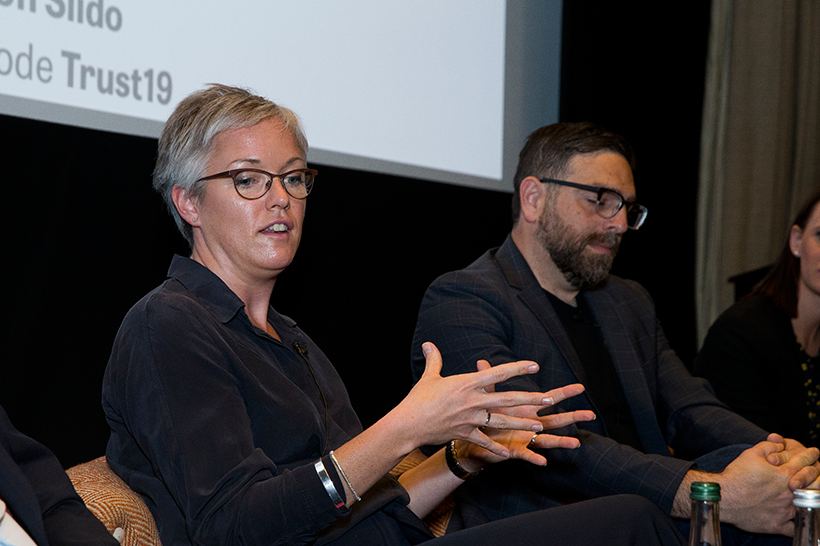 Rebecca Salisbury, brand director for Maltesers at Mars, stressed that the conversation about digital versus physical must stop: "We need to think about it as one ecosystem, one whole experience with consistent messaging across every touchpoint."

People no longer see digital or physical – they only see their world, said Rossi. So this must also be how marketers think.

Bose agreed that an omnichannel approach is essential – marketers should no longer think about linear media plans, he said, because it’s critical to brand experience for marketers to embrace conversations across every touchpoint.

Bose revealed that Haagen-Dazs went on a "journey" to define its purpose and become more culturally relevant. "Brands have to keep evolving," he said. "The challenge is to keep the same level of trust with existing consumers, while recruiting new consumers into the fold."

Authenticity is non-negotiable
Particularly for a long established brand such as Maltesers – trying to evolve and stay consistent is a "fine balance", said Salisbury. People have grown up with certain brands, and they love them in that sense.

"You want to be part of that," Salisbury said. "But knowing what you stand for and living true to that promise is more important."

She spoke about the partnership between Skittles and Pride which has now stood for three years. The rainbow stands for Pride and is central to Skittles’ branding. "It felt like such a great synergy," Salisbury said. "When it stems from a place that is so intrinsic to the brand it has real mutual value."

She warned that if a partnership is just to be tactical and doesn’t have a core purpose at its heart, it doesn’t work. Maltesers has consistently talked about diversity since the Paralympics but it would have been easy to stop talking afterwards, she said. "We committed to keeping those ads on-air. Make sure that whatever you say you are going to do you stand up and do over a period. Keep delivering on it."

"As soon as you operate inauthentically that is when it starts to feel very corporate – that’s where you lose," Rossi warned. "You can’t say you’ve checked a box and you’re moving on – you must be authentic and immersed in the audience you’re trying to elevate… that’s the future for a lot of FMCG."

Consumers hold the cards
Bose advised brands to establish the basics in partnerships and then build meaningful communications, through limited editions or new touchpoints. 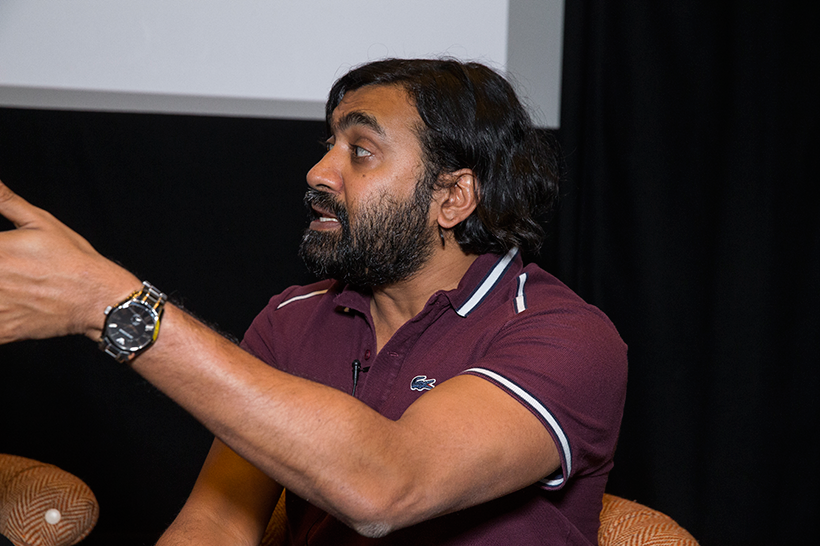 "Content, context and culture are talked about a lot. We add community, a fundamental thing for new age consumers. Brands that are winning are creating community conversations."

Lawson said that the customer influences the marketing more than ever. To work out exactly what the target audience wants from end to end, she said, new economy brands will live in their world for six months before launch, researching, testing and consistently soliciting for feedback: ‘Do you like this?’ ‘Is this working?’

"It’s no longer a CEO’s win or a marketing director’s desire to do something," Lawson said. "It genuinely starts, lives and breathes by the customer."

Rossi said that the customer is not only making decisions about a product, but also about the ads they choose to engage with. "It has put customer more in charge than ever," he said. 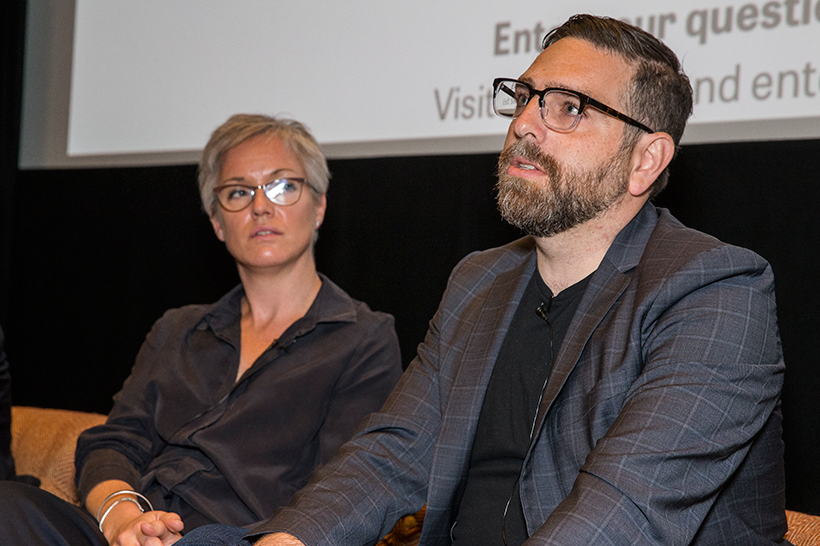 Spotify worked with Mars to identify particular moments in which to connect with logged-in users, depending on when they might be most receptive. Using the Snickers "You’re not you when you’re hungry" tag, Spotify was able to identify which genres users enjoyed listening to the most, and when they chose something different the ad was served to them saying you are not being yourself, eat a Snickers. It was a simple idea that worked well," said Rossi.

Lawson cited Netflix as a brand getting personalisation right, by assigning multiple profiles for an account. "It’s not just a service to make sure kids don’t watch things we don’t want them to, but a deliberate mechanism to maintain personalisation at scale of a family," she said. But she also pointed out that you don’t necessarily need to trust a brand for it to play an important role in your life. Polling the audience, Lawson showed that we all use Amazon, but few of  us 100% trust the company.

"They play such a vital part in our lives now. We are trading a slight mistrust with the need for immediacy and utility, and getting something exactly where and when you want it."

Rossi added that many people sign up to be recorded and watched at any given moment, with brands such as Google Home. "I signed up because the value is greater than the risk," he said. "However there is a line and when it’s crossed I’m never coming back. We need to say trust is not what it was. We need to provide greater benefit, but there is a threshold." 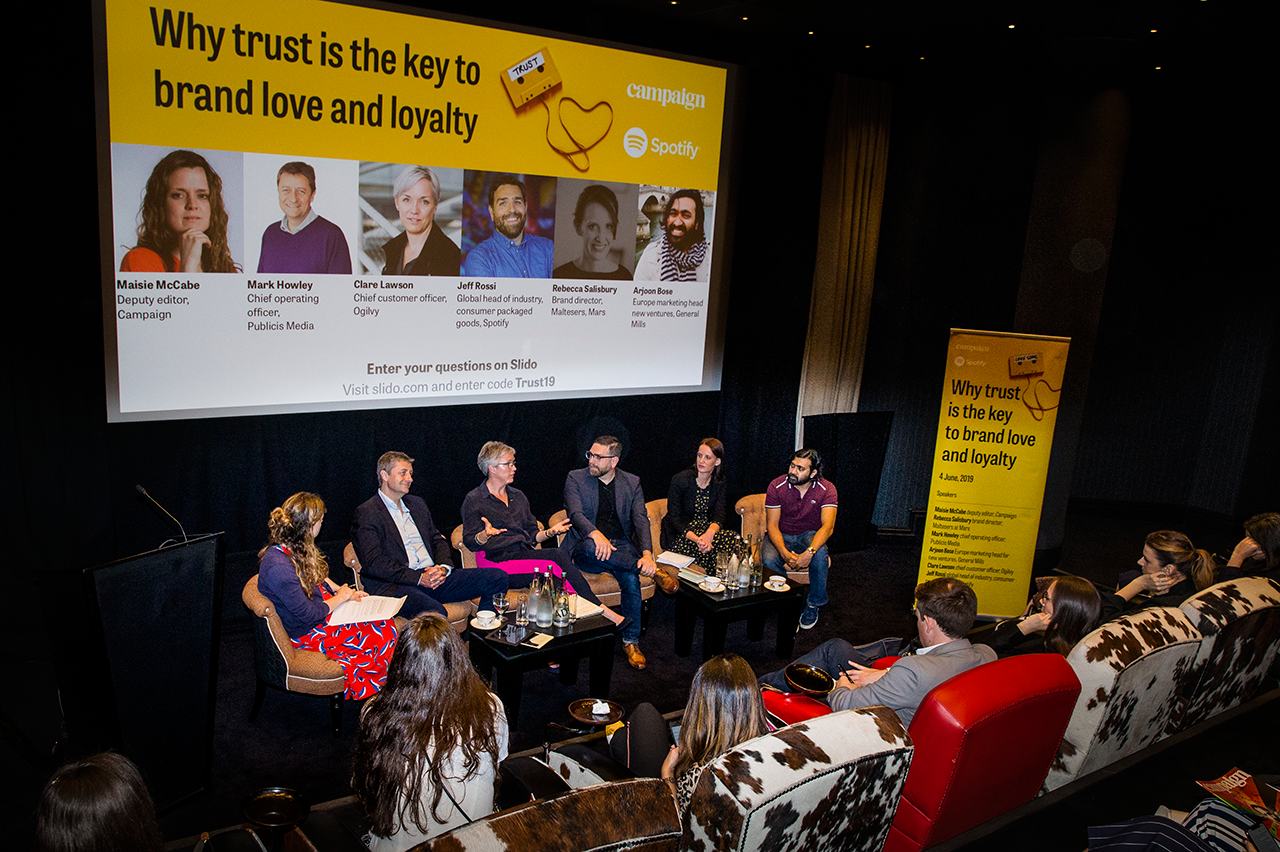 Heads down, hands up
Another critical part of gaining trust is admitting when you get it wrong and holding your hands up. Going wrong can even be a good thing, argued Bose, provided you respond well.

"How you come back helps grow you even more," he said, mentioning the well-received "FCK" response to the KFC put out to apologise for a chicken shortage in 2018.

Lawson said that brands must change internal checks and balances which prevent them from responding quickly and authentically to negative feedback. "Speed is important," she said. "If it has to go through five layers of approvals, by the time that happens the consumer has already gone to social media. It’s not necessarily a lack of will to do the right thing – it’s usually about processes they have to go through."

Howley added that brands can turn negative moments into ‘KFC moments’. He advised marketers to imagine their worst PR nightmare and have a plan. Who is the decision-maker? Who is writing the copy? What channels are you going out on?

"It’s scary to admit where you’ve gone wrong, but it’s critical," said Salisbury. "Businesses and CEOs have to set that standard within organisations – those are businesses that will succeed in this climate."

She advised brands to focus on being brave no matter their budget, because that is the only way to cut through.

"Do something bold. Make it big, and do it well."

4 steps to being a more trustworthy brand

Brand trust 'affects purchase decisions as much as quality and price'