Despite there being no shortage of royal babies and marriages to celebrate in recent years, UK media was once again ripe with slogans, puns and pretty pictures celebrating the new prince's birth. Campaign takes a closer look.

Amid all the spreads and souvenir pullouts this morning, there was only a handful of major display ads that included a nod to the royal child - despite the announcement coming early on in the day yesterday morning. 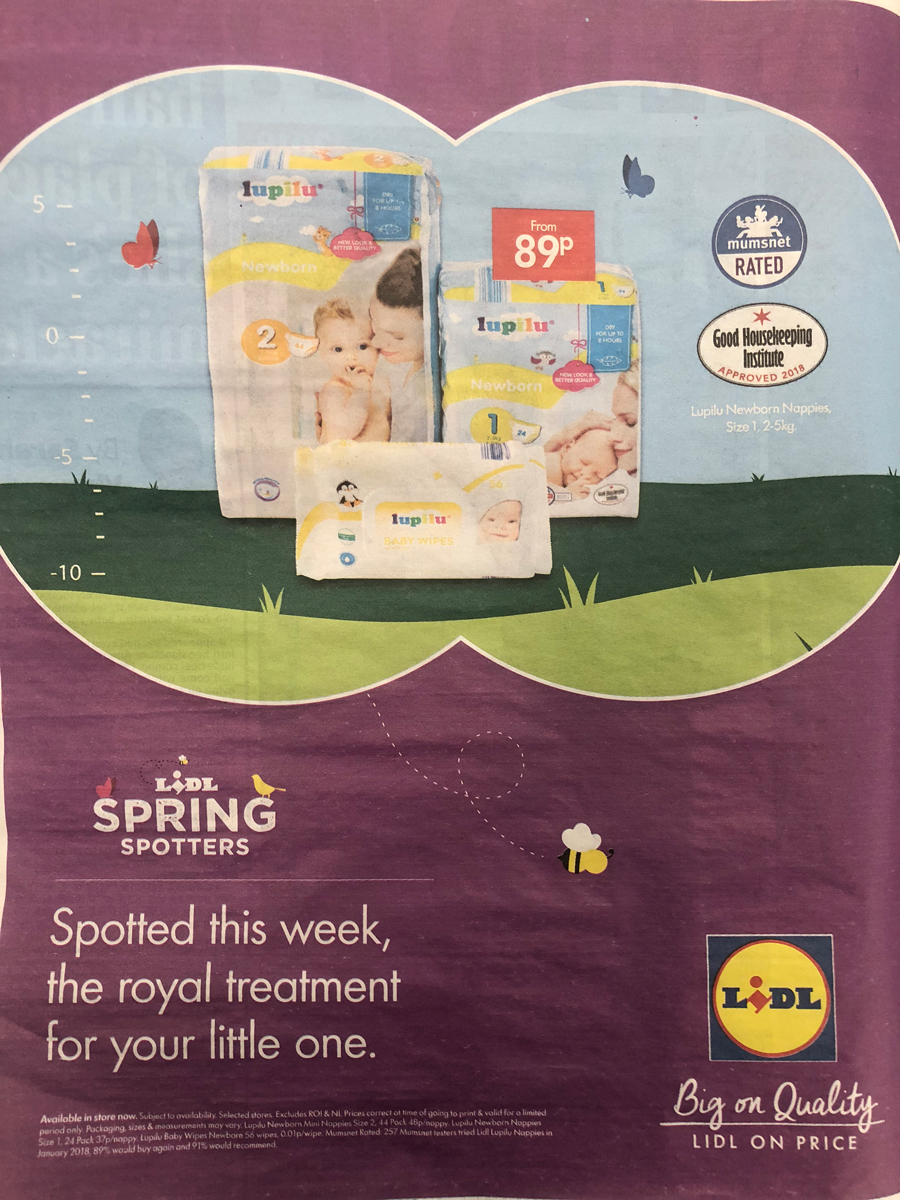 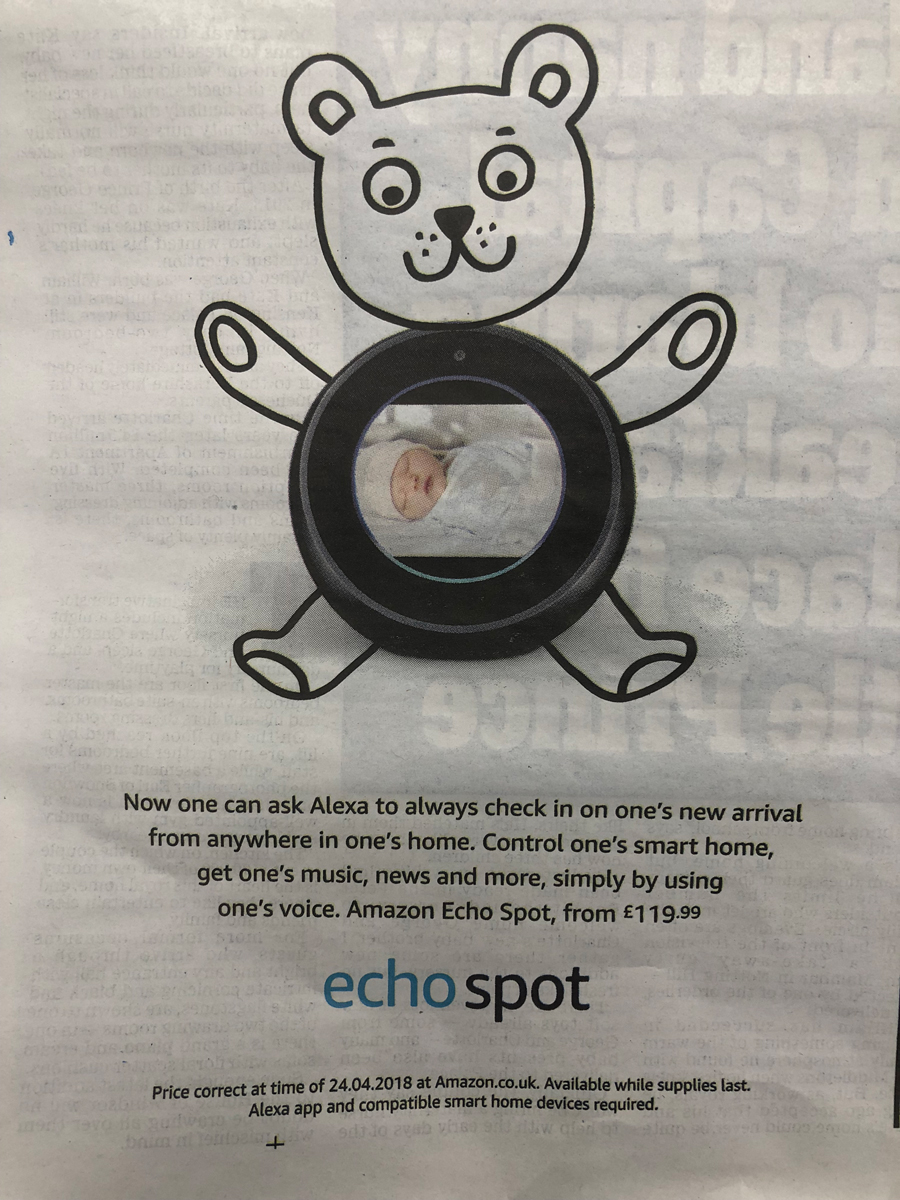 ...John Lewis showed off a rather nice pram.... 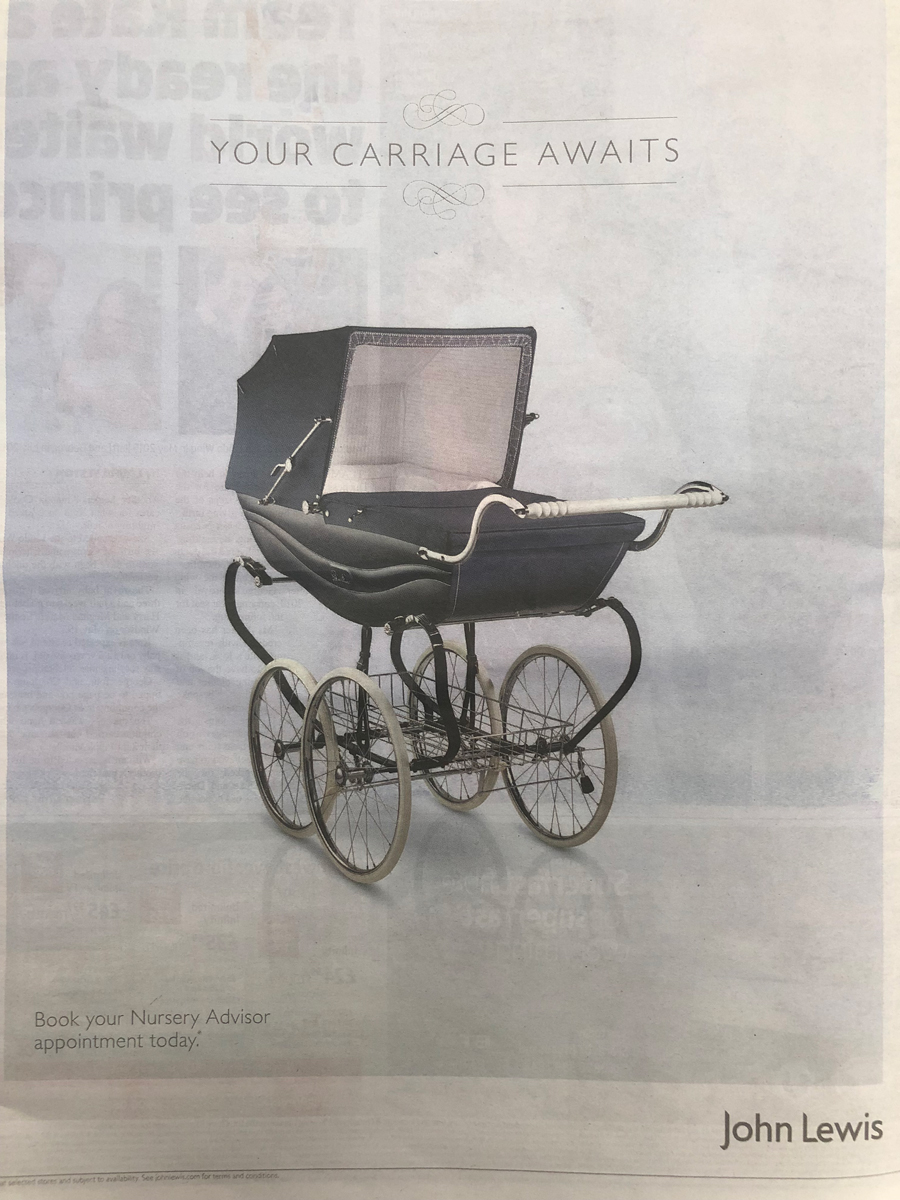 ...and Morrisons pushed some on-offer booze. 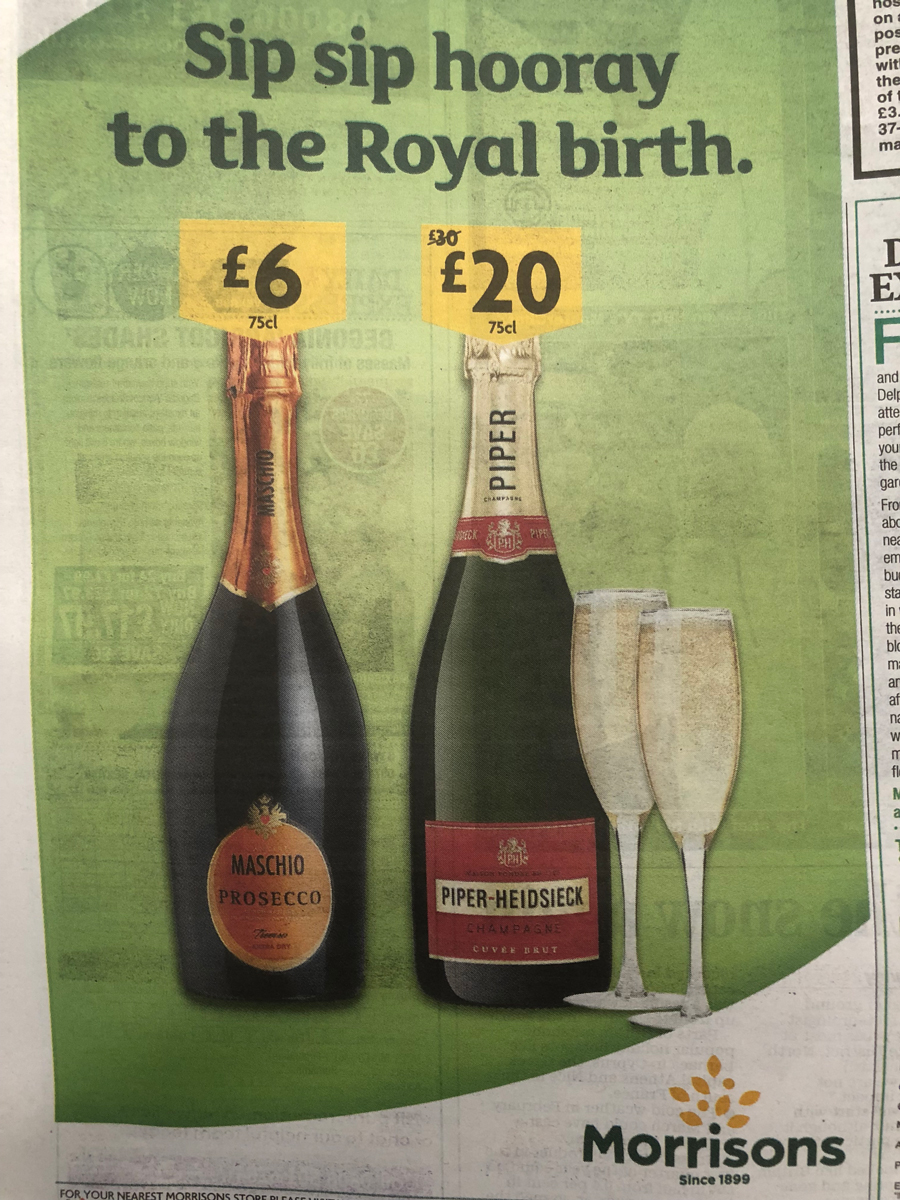 'Queen' turns up in experiential stunt 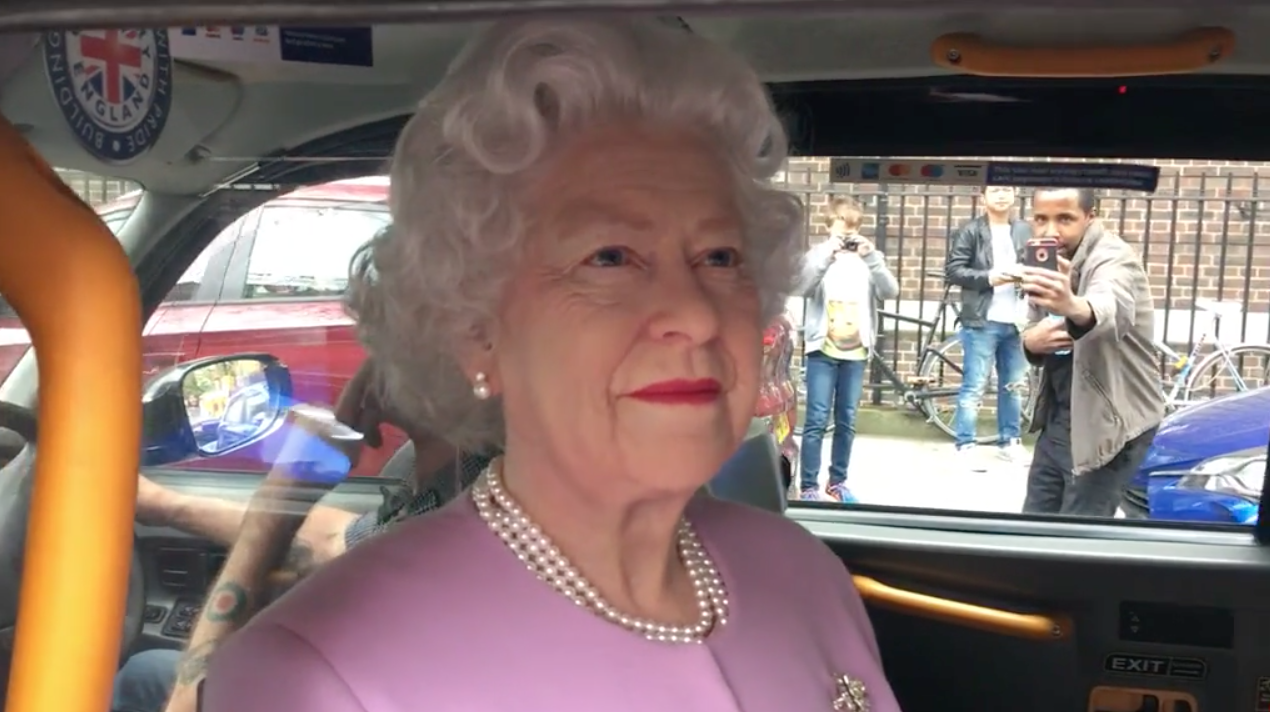 Perhaps the most bizarre brand activation to come out of yesterday's news was Madame Tussauds' waxwork Queen turning up to St Mary's Hospital in a taxi. The life-like faux monarch certainly would have fooled an onlooker or two.

In what must surely be a recognition that few people have the requisite time or proximity to look at the top of its tower for major news announcements, BT tweeted a picture of its announcement:

It's a boy! The BT Tower in London has been lit up to celebrate the birth of the Duke and Duchess of Cambridge's third child. #royalbaby pic.twitter.com/5IdtRabFKp

Some #RoyalBaby names that work well with George:
Michael
Lucas
Harrison
Of The Jungle
By Asda

On the subject of names, E4 is confident that the star character of hit show The Big Bang Theory, Sheldon, will become even more of a cultural influence....

We've stuck a tenner on the #royalbaby being called Sheldon. pic.twitter.com/VYqVLGvuQA

While a royal birth is an unmissable opportunity for many a brand to flog its wares, we were particularly impressed by the word association of Worktop Express.

Are you struggling to choose the #RoyalBaby name, @KensingtonRoyal? How about Ash... which just so happens to be the solid wood chopping board you can #win this #ChoppingBoardTuesday? RT and follow to enter today's #Competition - good luck! pic.twitter.com/RSylWO607R

Eagle-eyed readers will have noticed that the Duke and Duchess of Cambridge have had other children quite recently.

In 2015, Pizza Hut celebrated middle-child Princess Charlotte's arrival by offering free meals to to women with the same name. But Warburtons stole the show with the best pun - "a Royal toast".

When Kate Middleton announced she was pregnant with a second child in September 2014, Nissan managed to put out a tactical ad within seven minutes.

The 2013 birth of Prince George, the eldest, was considered so momentous that brands were still celebrating his birth a year afterwards. This time the best literal funny went to Ryanair, which proclaimed George as the RyanHeir....