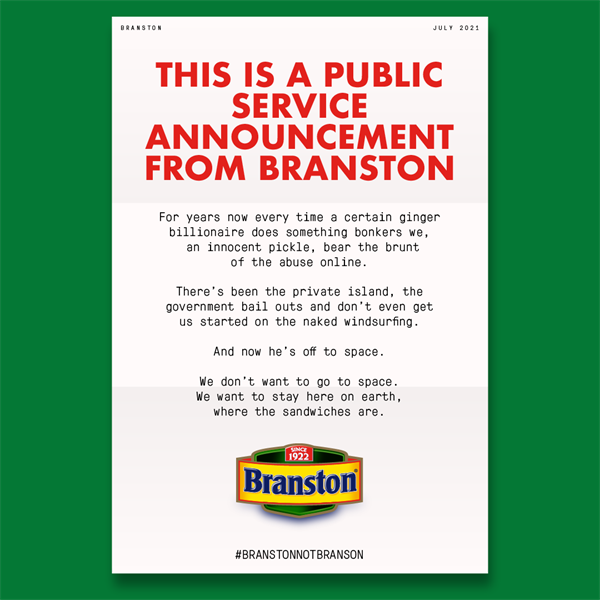 Food brand Branston has taken a humorous swipe at Sir Richard Branson's flight to the edge of space.

The social media campaign by Wonderhood Studios points out that Branston is often mistakenly namechecked on sites such as Twitter when the billionaire does something controversial.

In response to criticism on Twitter of Branson's latest endeavours just as concern about the environment is growing, the ad says "We don't want to go to space. We want to stay here on Earth, where the sandwiches are."

The design studio was King Henry.

Branston "make it special" by Mcgarrybowen