Meet the top marketers who show excellence and courage in their approach, while also making an impact both in business and society.

The Marketing Society’s Bravest Marketing Leader award recognises the trailblazers who have been making a difference to our industry over the past year, demonstrating marketing excellence and courage in their approach, while also making an impact both in business and society.

The contest began before the coronavirus crisis and the marketing leaders on these pages would never compare their work to the heroic efforts of the medical and healthcare professionals who have been fighting the deadly pandemic.

The panel of award judges, led by The Marketing Society president and outgoing Diageo chief marketing and innovation officer Syl Saller, will be looking for evidence of brave marketing leadership over a sustained period of time, not just around a single campaign.

"Bravery means different things to different people, but we believe that it makes us better as individuals, as leaders and as an industry," Gemma Greaves, The Marketing Society’s outgoing chief executive, said.

"For our 2020 Bravest Leader, we are looking for a brilliant marketer who is an inspiration to everyone in our industry. I believe our shortlist contains seven of the best, each of whom truly embody our purpose to empower brave leaders." 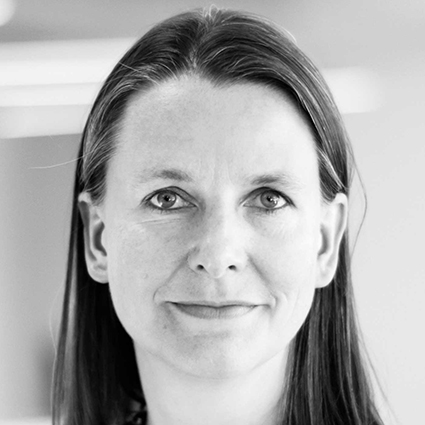 A marketing boss who has no time for moral platitudes, Bennison genuinely wants to make a difference, even if that means sparking a deluge of vitriol on social media.

Her brave approach to marketing at Nationwide has seen her and her team approach online hate head-on, with the building society partnering Channel 4 and other advertisers for #TogetherAgainstHate, while its "Voices" campaign won the Grand Prix at last year’s Marketing Society Brave Awards.

Were Nationwide’s ethics limited to its marketing messages, it could perhaps quite reasonably be accused of opportunism. But that is far from the case. Its moral rigour is reflected throughout the organisation, whether that’s inspiring existing and prospective employees, whom it urges to "rise to a challenge" and "do the right thing", and even trickling down to newly created products, such as later-life policies for older borrowers and a pledge to keep high-street branches open.

Bennison proves that being inclusive and promoting ethical standards can help the bottom line, with Nationwide membership levels at record numbers. 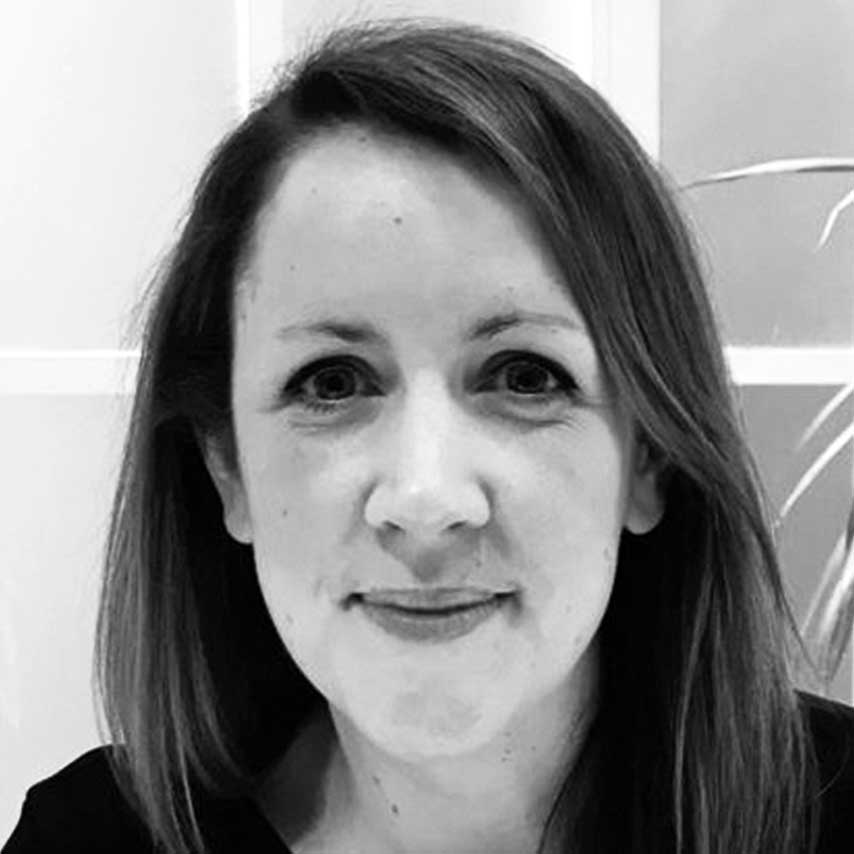 With a career spanning agency-side, FMCG and fast food, Evans is a marketer who actively courts controversy – creating campaigns that have relaunched the Whopper, made jabs at Donald Trump and poked fun at rival McDonald’s.

Evans was hired by Burger King UK chief executive Alasdair Murdoch – with whom she had worked at Gourmet Burger Kitchen – in February 2018, at a time when sales were declining, the brand had lost its way and its restaurants were tired and lacklustre.

Evans plunged in headlong with a turnaround of the brand’s marketing strategy. She appointed Bartle Bogle Hegarty London without a pitch and spearheaded Burger King’s "Go Whopper or go home" brand platform, overseeing self-deprecating work and light political satire, such as the out-of-home work bearing the message: "Another Whopper on the side of a bus. Must be an election."

She also went against fast-food convention by axing plastic promo toys from kids’ meals, saving several 100 tonnes of plastic from ending up in landfill.

Evans’ provocative approach to marketing is no mere cheeky affectation. It has translated to business success – year-on-year Whopper sales are up 28% and same-store sales grew 6% year on year, outperforming the category in growth. 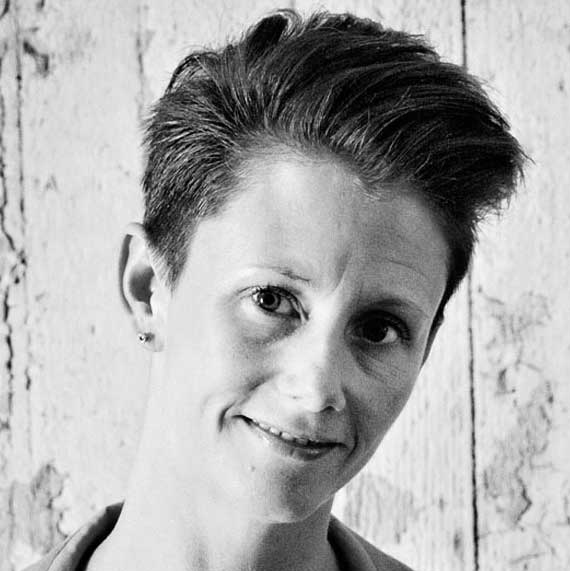 Director of marketing and communications, Formula One

It didn’t used to get more testosterone-fuelled than Formula One, once a sport pretty much exclusively aimed at diehard petrolheads, Jeremy Clarkson wannabes and billionaires. Today, however, under new owner Liberty Media, Norman has been instrumental in shattering that image.

When she joined in the summer of 2017, she started with very little: a laptop, a smartphone and a marketing team of one – her. Despite the sport’s brand-heavy appearance, marketing at F1 itself wasn’t a thing (yet). Working with Wieden & Kennedy London, Norman conducted a brand study and relaunched ahead of the 2018 season. 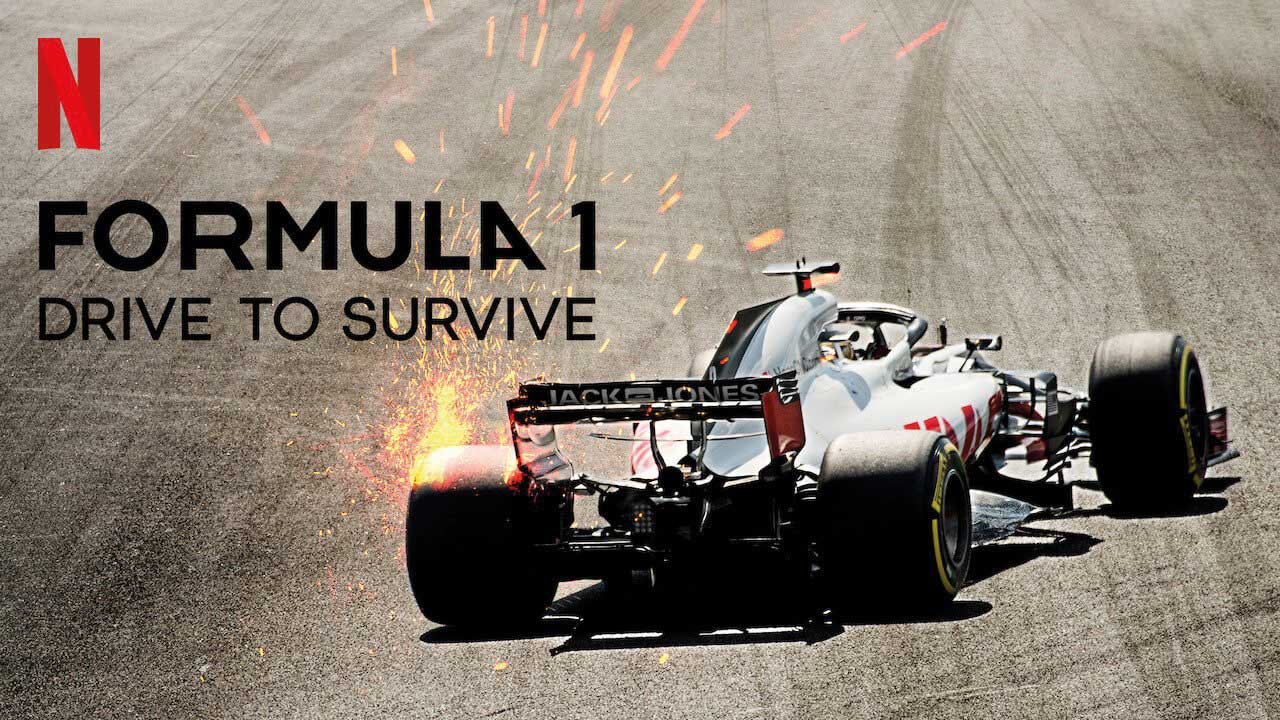 Since then, she has helped democratise the sport, attracting a more diverse following, among millennials and Gen Z for instance, and moving it away from old-school channels into the likes of TV streaming (though a partnership with Netflix), online, social media and even video-gaming via the eSports Series.

Norman, a keen racer who dreamed of being an F1 driver at the age of 10, continues to break down barriers, attract more female fans and make F1 less elitist, getting the drivers to come out of their shells and giving followers more content to show the characters beneath the helmet. But perhaps most bravely, given its heritage, Norman sparked the wrath of many purist fans when she drove F1 to ditch those symbols of objectification, the grid girls. 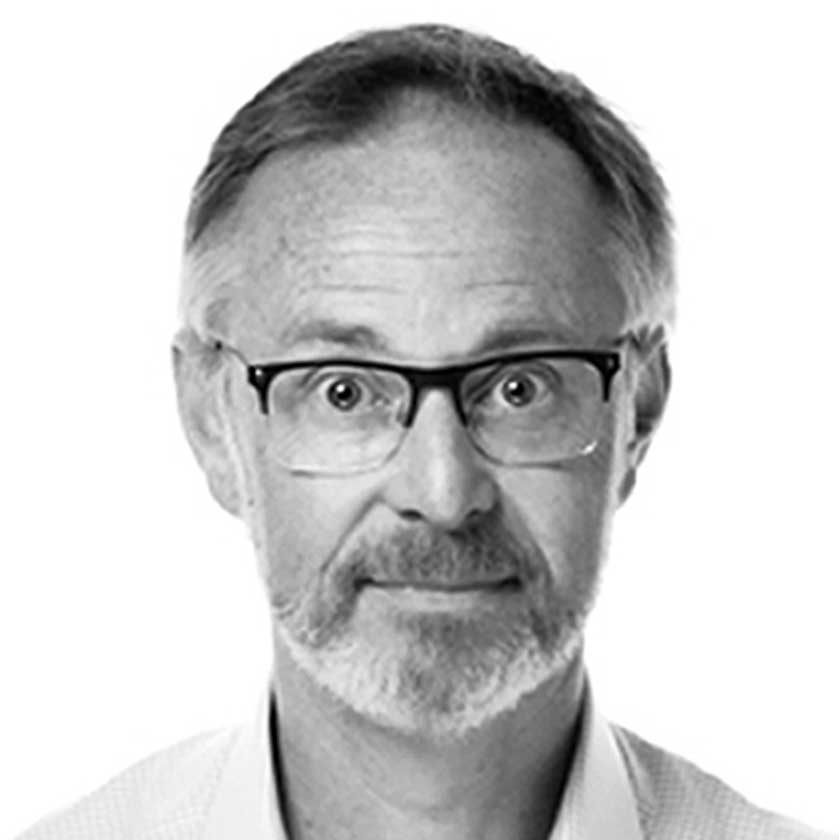 Not afraid to defy convention and challenge sentiment in a politically volatile environment, Pitt launched HSBC’s "We are not an island" in the midst of Brexit angst.

In the years leading up to Pitt joining HSBC in 2014 from Tesco Bank, the financial services brand was facing a number of issues adversely affecting its metrics, from a lack of brand cohesion and low share of voice to a lack of relevance in the UK. Pitt had a challenge on his hands, one he realised could be overcome only by being brave.

While previous campaigns created by HSBC’s agency, Wunderman Thompson (then J Walter Thompson), had had their impact, Pitt has stepped up HSBC’s marketing. The agency had come up with the idea of "We are not an island", a platform internally acknowledged as the riskiest marketing activity by HSBC in years, one that may have ended up alienating half the UK population who were "leave" voters. Launched in January 2018 and fronted by eccentric actor, director and presenter Richard Ayoade, "Global citizen" took a stand against divisive attitudes.

The risk paid off: by the end of 2018, HSBC’s ad awareness had doubled in the UK, according to its agency Wunderman Thompson. The campaign was successful enough to continue, with Ayoade now fronting HSBC ads with a pro-immigration theme. Pitt, meanwhile, continues to up his game. He has reportedly joked that the brief for the next campaign is to get him fired. Thankfully, he’s still  there, and HSBC remains undeterred in championing the notion of the "global citizen" in today’s fractious political milieu. 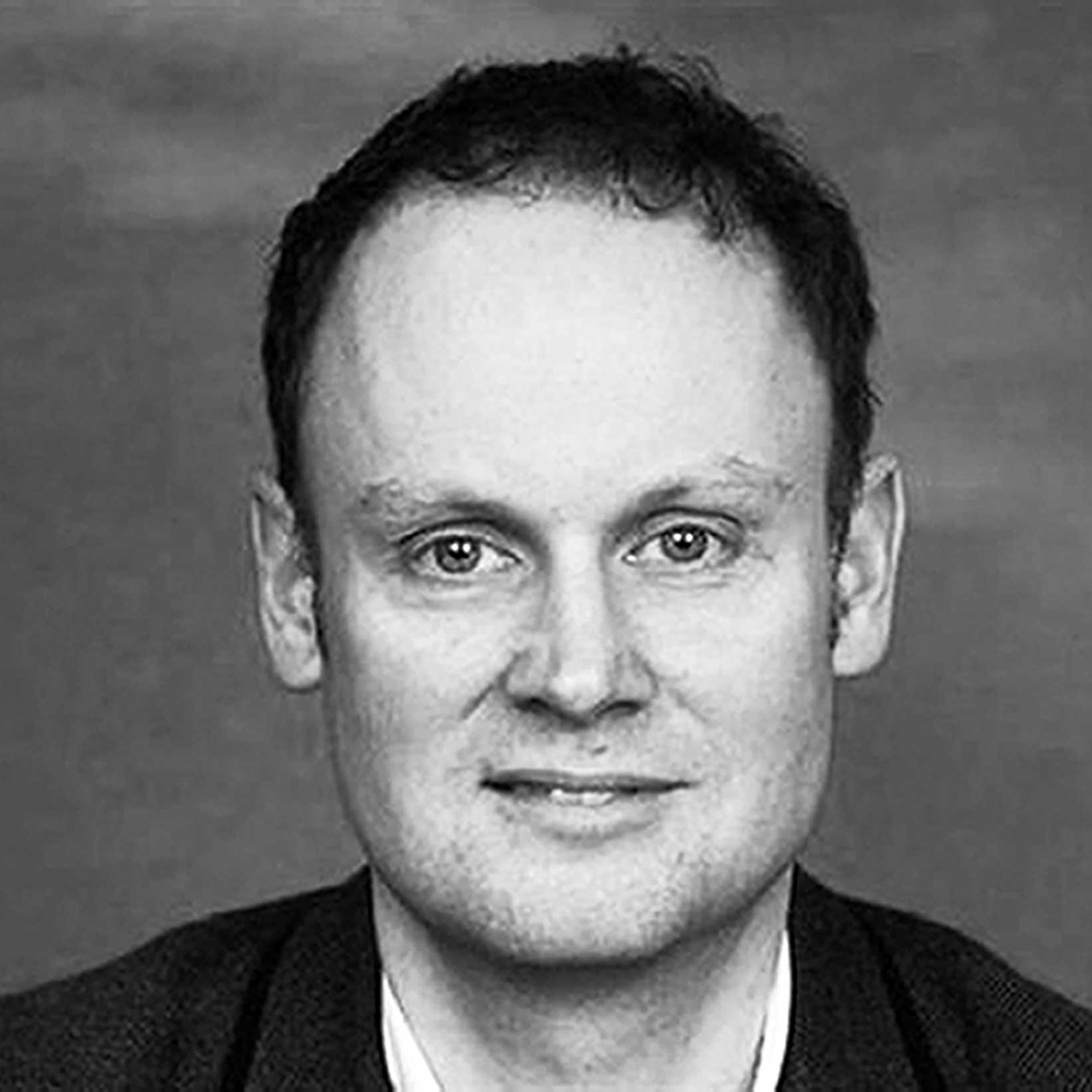 The idea of interrupting one of the biggest shows on TV – and a feel-good one at that – to spread a message about mental health is either commercially questionable or extremely brave. Turns out it was emphatically the latter.

In a move that became widely lauded, Radcliffe, ITV chief executive Carolyn McCall and agency Uncommon Creative Studio halted proceedings during Britain’s Got Talent: The Champions in October 2019, and had hosts Ant & Dec address viewers about the rise in anxiety and depression among children, with the aim of getting viewers to talk to each other during one minute of silence.

Radcliffe has been a driving force behind ITV’s "More than TV" strategy, which seeks to transform a historically populist broadcaster and reposition it not only as an online destination but also as a cultural force for good.

Such is McCall’s faith in the former Channel 4 marketer that she increased his team’s marketing coffers by £10m, which saw him bring in Uncommon, produce new screen idents showcasing artists’ work every week of the year and essentially reinvigorate and renew a highly established brand. 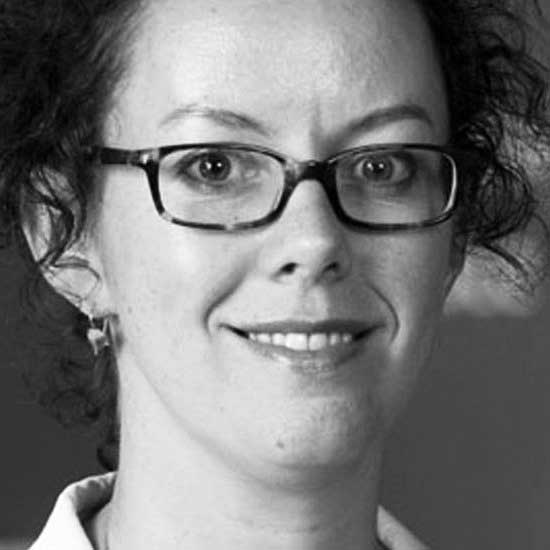 Rebranding a single company is no mean feat. But bringing together almost 30 businesses under a single umbrella brand would be jitter-inducing for most marketing chiefs. But not, apparently, for global tech company NTT’s Rowan.

The obstacles that she needed to overcome were legion, but on 1 July 2019, Rowan successfully unified 28 business brands, including Dimension Data, NTT Communications and Arkadin, creating a single $11bn company under the NTT banner, spanning 40,000 staff across 70 counties. 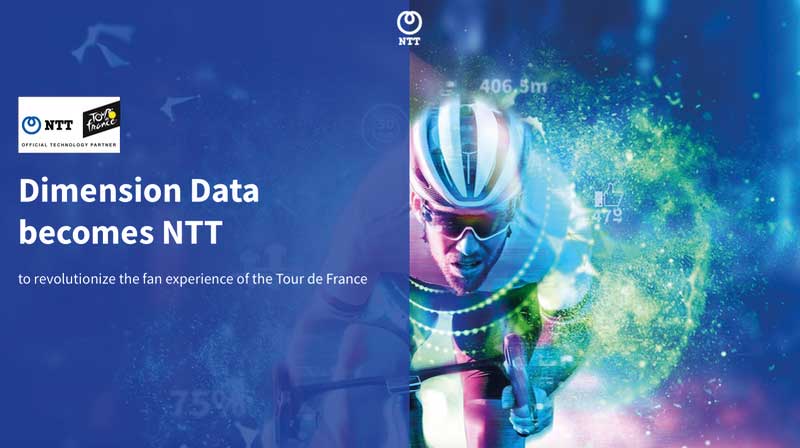 Strategically it made sense, enabling NTT to consolidate and thus bolster its brand presence, while remaining sympathetic to the legacies and nuances of each of the companies involved. Logistically, this was a super-complex process. Not only did logos have to be changed, but staff needed educating, clients informed, emails had to be changed and everything had to be integrated to the nth degree.

Rowan’s achievement came on top of another triumph, at last year’s Marketing Society Brave Awards. In her previous guise at Dimension Data, Rowan won the B2B trophy for her work in bringing to life the Tour de France using enhanced data visualisation and insights from social media channels to reach the world’s chief executives. 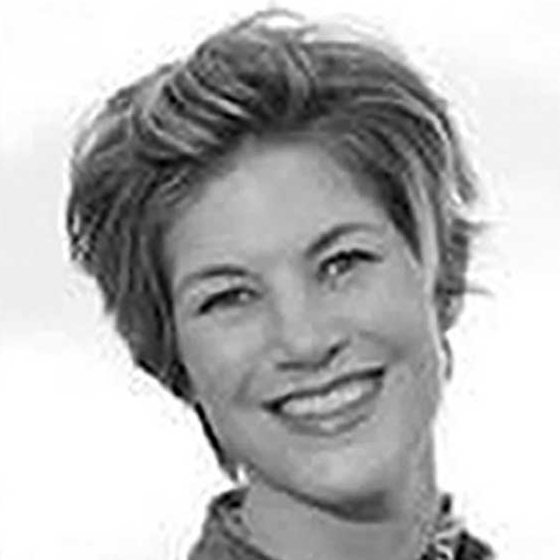 Renowned for sausage rolls and sticky buns, under Squirrell’s tenure the business has broadened its remit to become a destination for coffee, wraps, breakfast and healthy eating – achieved with no small amount of wit, panache and bravery.

But while she has turned perceptions on their head, she has been careful not to alienate core customers and has avoided the brand becoming gentrified. 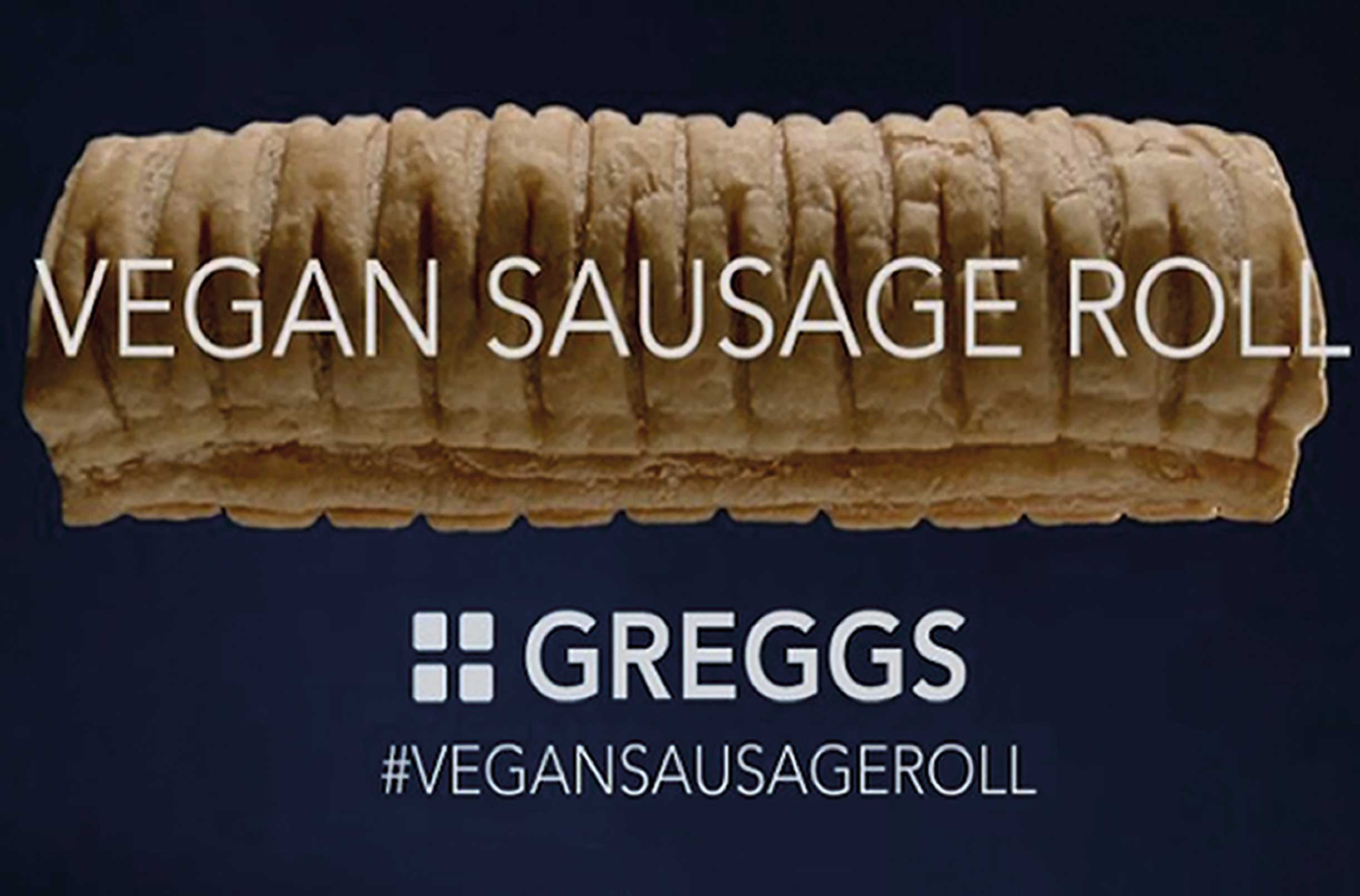 Shortlisted for The Marketing Society’s Brave Brand of the Year 2019, Squirrell has combined a modest budget with nous, creating ideas that transcend marketing and have become key to the business itself. This is probably best embodied in the vegan sausage roll, initially revealed (in a mock iPhone-style launch) for Veganuary last year, and now a regular on the menu.

Writing in Campaign, TUI chief marketing officer Katie McAlister named Squirrell as a candidate for the "ultimate dream team", one of her top picks for a group of people who could turn negatives into positives. Squirrell has clearly demonstrated such alchemical success, bolstering margins, with pre-tax profits for 2019 up 31% on the previous year and sales breaking the £1bn barrier.

The Bravest Marketing Leader 2020, in association with Campaign, will be announced at the Brave Awards Night later this year – details to be announced soon. Visit braveawards.marketingsociety.com