The brewer said the claims in the ad were intended to be tongue in cheek.

A BrewDog ad for a hard seltzer drink has been banned for making misleading nutritional claims.

The paid-for Instagram post went live on 21 January 2021 and included an image of a can of Clean & Press Hard Seltzer, with the text: “Due to advertising regulations we cannot claim this drink is healthy."

Further below, the image stated: “Even though Clean & Press is only 90 calories per can, with no carbs or sugar and a little bit of alcohol, this is not a health drink. If you are looking for a health drink, do not drink Clean & Press." 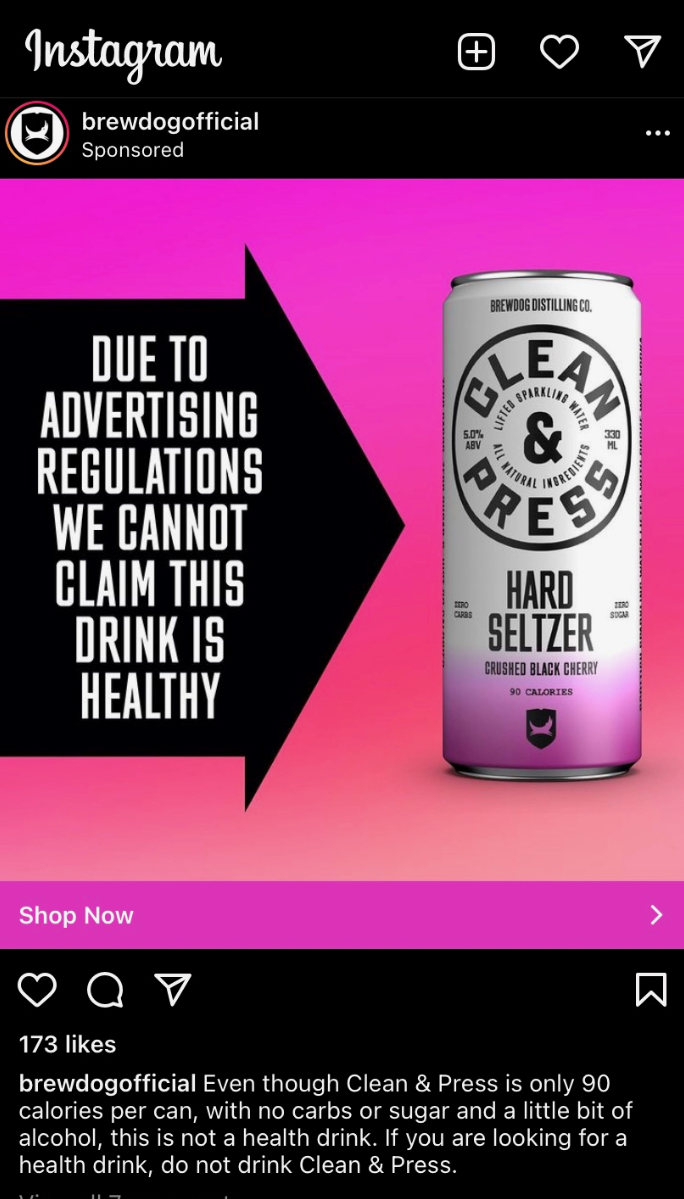 Never one to shy from controversy, BrewDog has often generated negative headlines in the press, often around its provocative marketing. However, things recently took a darker turn when its founder and chief executive, James Watt, apologised to staff and promised to overhaul the brewer's culture amid allegations of "lies, hypocrisy and deceit".

BrewDog plc said the claims in the ad were intended to be tongue in cheek and the firm accepted they breached the code and agreed they would not be used in future campaigns.

In 2021, Watt gave a more robust response to an ad ban, remarking: "The ASA can go fuck themselves."

The ad in question was for an out-of-home execution featuring a partially obscured swear word, launched to create awareness of BrewDog's new status as a carbon negative company. It was its second ban from the ad watchdog in fewer than 12 months.

BrewDog CEO: 'I’m sorry for the pain… and PR mistakes that were detrimental to our culture'