Craft beer brand also unveils a visual revamp and extension to the open-sourcing of its production methods.

BrewDog will give people the chance to own a share of the business if they trade in 50 empty beer cans as part of a six-point plan the craft beer giant said was about charting "a new course for business as it balances profit with people and planet".

The move, dubbed "Cans for equity", is the latest way for consumers to join BrewDog’s long-running "Equity for punks" scheme, which over the past decade has raised almost £75m from 132,000 investors. Questions have been raised over the true value of the shares, however.

It comes alongside five other actions intended to tackle the negative environmental impact of beer production:

The manifesto, "BrewDog Tomorrow", comes alongside the latest visual revamp for the brand, which uses a large shield shape on its cans and bottles with a range of colour schemes and patterns. 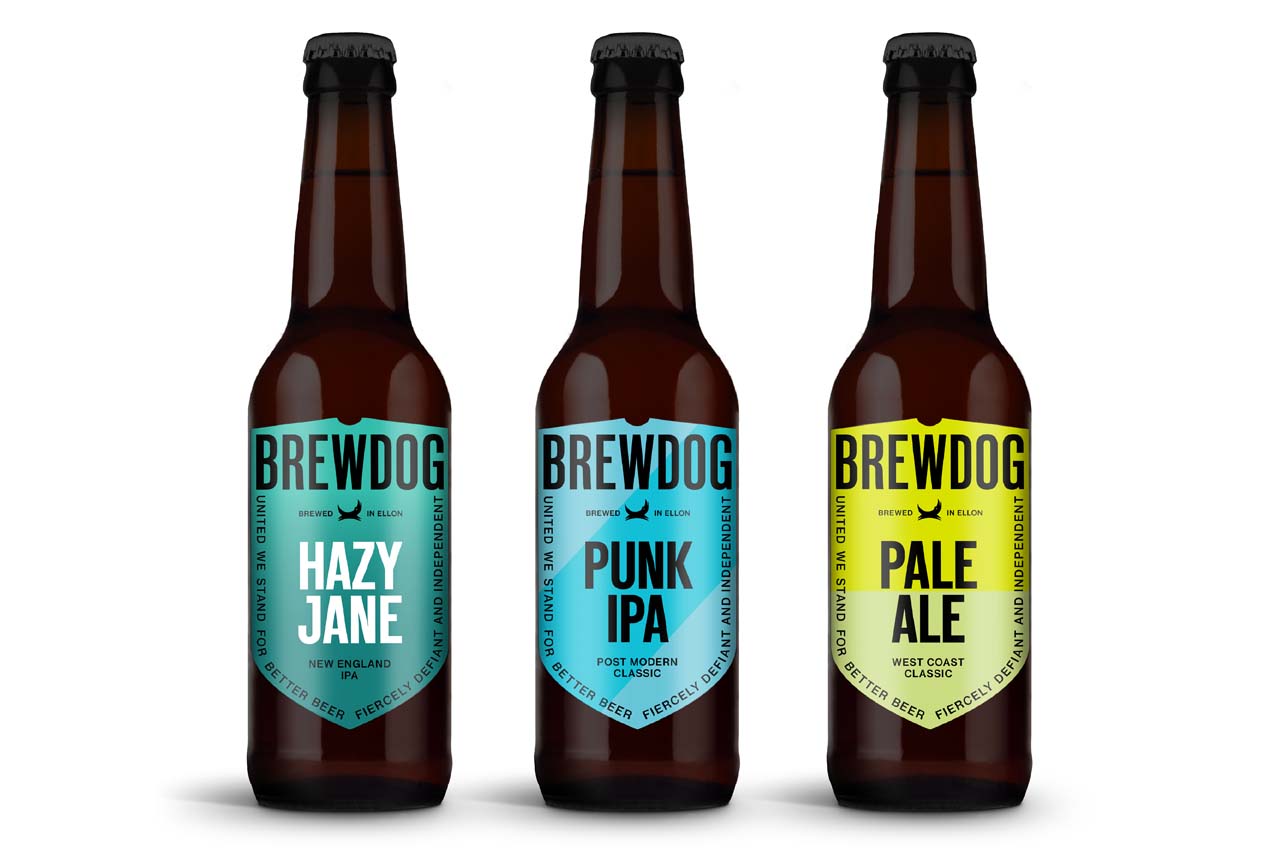 BrewDog co-founder James Watt said: "It’s been a crazy journey so far. We’ve made it here by shaking up brewing and crafting a community owned business that is 100% powered by people. This marks a new dawn, welcome to the new BrewDog."

BrewDog plays hard to get with hidden bar