Should we stay or should we go? It's the question that's dividing the nation - but not, it would appear, adland. Voices from the vocal majority tell Gemma Charles why remaining in the European Union is good for business.

It’s the vote that could unseat our prime minister, irrevocably split the Tory party and – depending on who you listen to – either usher in a decade of uncertainty or signal a march towards the sunny uplands of UK sovereignty.

Now that the national and local elections are over, the political class is fully focused on the 23 June referendum on whether the UK should remain part of the European Union. While public polls are close – the Remain vote has a slim lead – British business has come down heavily in favour of staying in.

4.1 Billion advertising services exported by the UK in 2014

The CBI, the UK’s pre-eminent business group, has led the charge claiming that leaving the EU would send shockwaves through the economy that could result in 950,000 job losses and leave the average household £3,700 worse off by 2020.

The anti-Brexit feeling appears to be prevalent in marketing departments and creative companies. Attempts to find serious players willing to out themselves as "outers" proved fruitless. No-one, it seems, wants to be seen to be siding with the likes of Nigel Farage, George Galloway and Iain Duncan Smith. One chief executive of a major agency told Campaign that he was pro-Brexit – attacking the EU as "undemocratic" – but admitted he would never go public with these views.

Senior industry figures voiced fears that Brexit could have a detrimental effect on their ability to attract the very best talent to their doors.

Peter Duffy, group commercial director, customer, marketing and product, of easyJet, sums up the feelings of many when he claims that it’s "inevitable that a vote for Brexit will reduce the free movement of talent".

Meanwhile, Moray MacLennan, worldwide chief executive of M&C Saatchi, links leaving the EU to the hot topic of diversity. The success of the UK’s creative industry is "driven by a talent pool that thrives on competition and a stimulating and diverse environment", MacLennan argues. He adds that "Brexit would damage and, over time, destroy this success story".

Matthew Elliott, chief executive of Vote Leave, dismisses these fears, arguing that the "free movement of talent is already hampered by our broken immigration system".

"Think global" is Elliott’s advice to recruiters fearing a vote to leave: "It is far more difficult for someone outside of the EU to come and work in the UK because there are no controls over migration from within the EU. If we want to embrace the global talent pool, rather than just limiting ourselves to a regional one, then the only safe option is to vote Leave.

"We live in a globalised world, we should stop clinging on to a political union that only understands a regional one."

The referendum comes as a talent war is waged among brands, agencies and the tech sector.
The seductive working conditions and buzzy, entrepreneurial environments typified by the likes of Google and Facebook have proved alluring to those who would usually have pursued the classic FMCG graduate route.

Added to this is the very real fear that London’s overheated housing market is driving young creative talent away from the capital, increasingly to other countries. Against this backdrop, it’s easy to see why industry fears over Brexit are running high. 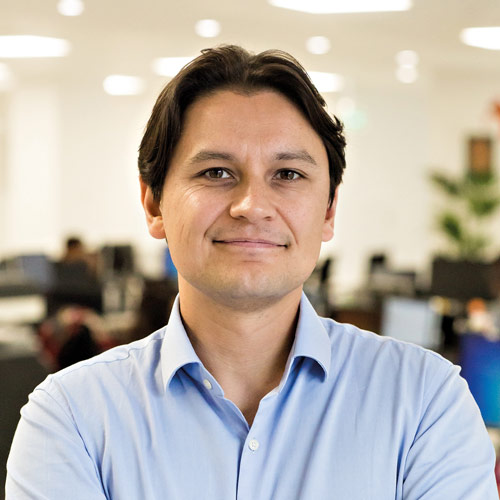 
"The internet is a great leveller. The government has, in the past, expressed a desire for the next Facebook or Google to come from the UK. Cutting off access to the unfettered EU marketplace can only stifle innovation and diminish the likelihood of UK success stories.

For us and our clients, the internet means we don’t have to be in every market. We specialise in digital and servicing global and regional clients.
In Europe, we do that from a team of 250 people, speaking 26 languages, based in our London office.

As an entrepreneurial company, founded in London, we rely on recruiting top talent from across Europe to fuel our business model. While Brexit would not alter our approach, we would likely face additional barriers and costs to continue hiring and operating the way we do. For that reason, we feel strongly that Britain should remain in the EU.

We are already experiencing a period of uncertainty right now. Consumer confidence is at its lowest level since December 2014, according to GfK, and a vote to leave would fail to reverse these negative figures.

While a vote to remain means business as usual, Brexit could result in an additional two years of uncertainty due to negotiations. It’s a situation we would rather avoid." 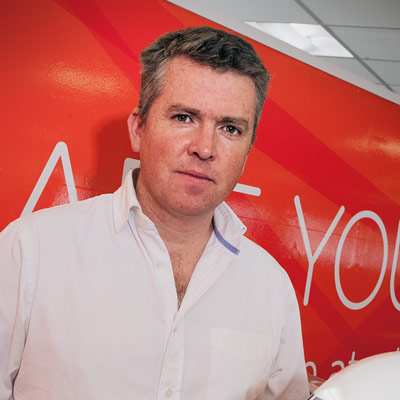 
"My kids’ school has a war memorial that lists the names of its dead in the chapel. A feature repeated in many buildings in many towns and cities up and down the country. Lists of the young and bright, full of talent and potential, for whom Europe meant an early death. Thankfully today, Europe means almost exactly the opposite. Where there was once war and conflict, today there is broad and shared understanding, opportunity and free trade – a legacy our grandparents could only have dreamed of.

Companies like easyJet have thrived off these open skies and open minds. And so have our people and our customers. Today, you can go to university as easily in Manchester or Milan, work in London or Lisbon, weekend in Liverpool or Ljubljana. We think nothing of it. Companies can choose the very best candidates regardless of where they were born in Europe. And the very best candidates can choose the very best companies, without forms, quotas and complexities. It is inevitable that a vote for Brexit will reduce the free movement of talent. Of course, for some voters, that is what this issue is all about." 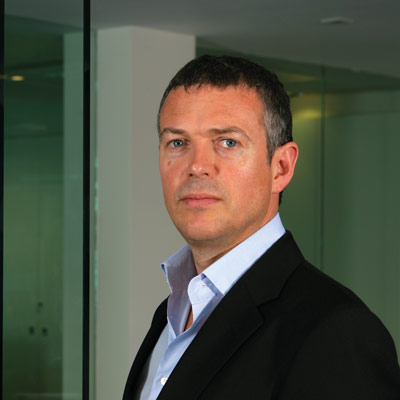 
"The creative industries employ 1.8 million people in the UK and are growing three times faster than in the EU. It is a spectacular success story, driven by a talent pool that thrives on competition and a stimulating and diverse environment. Brexit would damage and, over time, destroy this success story.

The main cause would not be the two most obvious: the loss of free movement and the stifling layers of visas and bureaucracy simply making the UK an unattractive option to talent and to businesses, or clients refocusing budgets in other geographies as Britain’s economic decline inevitably takes hold as the full effects of Brexit take hold over the next decade.

The main cause would be something more subtle and fundamental.

Britain attracts young, talented, imaginative free-thinking people because of our open, outward-looking and tolerant reputation and actual culture. And, as we all know, it is the imagination and original thinking of these people that is essential for our businesses to thrive and win.

Overnight, we send out a different message, one of introspection and intolerance. A country that is pulling up the drawbridge and disengaging from the world, frightened by difference rather than welcoming it.

Over time, this will deepen and the talent will move elsewhere." 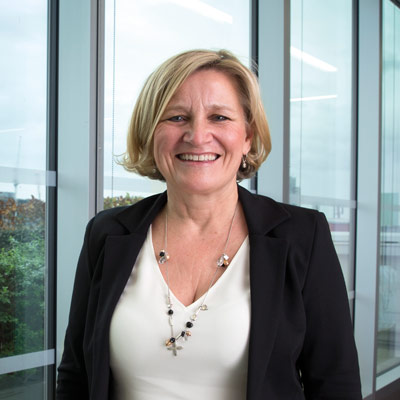 
"At this point, we can only speculate, because we simply don’t know what a post-EU position would look like in the UK. It is hard to predict what the impact might be. We know with certainty that where we stand now is very strong.

We can measure the economic, social and export contribution of UK advertising. We know that, outside the US, the UK is the most creatively awarded country in the world.

We can prove that the UK is Europe’s most successful exporter of advertising services – partially because we’re more creatively awarded and also because we’re a global talent hub, as homegrown British advertising and marketing talent continues to dominate global leadership positions in and out of the UK.

We have a world-class self-regulatory system. Whatever the outcome of the referendum, maintaining and developing this pre-eminence will be crucial. We can’t stand still. Our clients want us to attract and develop a diverse talent base with a global mindset and to offer outstanding domestic and international career opportunities, with minimal red tape and maximum agility.

Our people want the freedom to develop fast , to enjoy the best employment benefits and protection, to do their best work. That is the management and political imperative, whatever the outcome on 23 June." 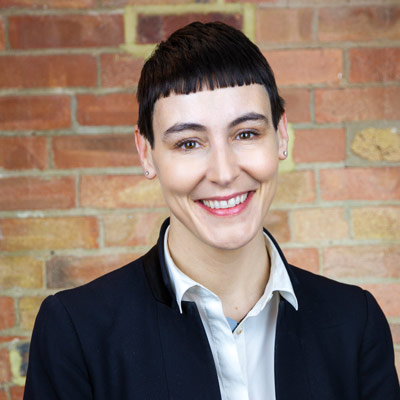 
"Europe is a key market for Unruly. We have five offices across the EU, we deliver campaigns for the world’s leading advertisers across the EU and in our London HQ, a fifth of our staff members come from EU countries outside the UK.

The digital opportunity is so exciting precisely because it’s a global one – our clients think globally, they use Unruly to reach global audiences and, when they’re not thinking globally, they’re thinking regionally and won’t want to have yet another set of legislation to consider.

We want to make things simpler, not more complicated, so the prospect of pulling away from our European partners feels counterintuitive, countercultural and likely to impede collaboration and increase complexity.

Access to talent is already the biggest pain point for the digital sector. UK media, tech and advertising companies need access to the best digital talent in the world so they can compete on a global stage, but it can be difficult finding the right talent.

There simply aren’t enough UK graduates with maths and science A levels, which means we struggle to hire enough skilled developers, solutions engineers and product managers. There’s a real risk that leaving the EU will make it more complicated for companies such as Unruly to hire European developers and digitally savvy employees." 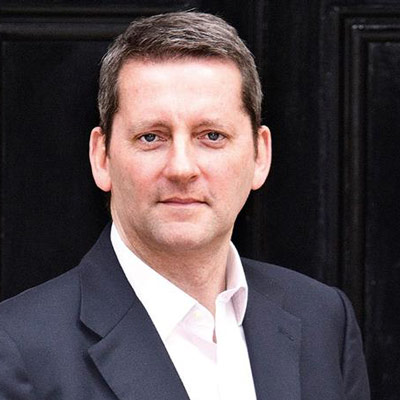 
"We all know that the UK, and London in particular, is one of the two leading international hubs/centres of excellence for advertising and marketing - globally and, of course, particularly in Europe.

The more culturally and internationally diverse the talent here, the better we are and the easier it is to retain and build our leading international hub status and thus grow our businesses

In terms of attracting talent, when we speak to candidates across Europe many of them aspire to work in the industry in the UK, and indeed, many will actively seek to do so earlier in their career as they place great value on the skills and insights they learn from working in a leading and dynamic market.

So, I see far greater movement in the under 35’s across Europe than at a senior  leadership level. And this is all very do-able at the moment but if it was to become overly bureaucratic or cost prohibitive then this could hinder the movement of talent.

Equally, many of us based in the UK carry out projects in other European countries so if a Brexit restricted our abilities to work across borders then that would potentially harm us all."