British American Tobacco's chief marketing officer and board director Andrew Gray is to leave the business in March after 32 years. 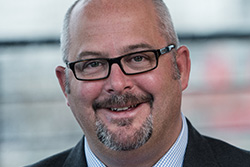 Gray will be succeeded as CMO on 1 January 2019 by Kingsley Wheaton (right), currently regional director, Americas and Sub Saharan Africa, and a board director.

Wheaton has worked at BAT for 22 years. From 2015 to 2017, he was managing director for Next Generation Products – covering vaping and smoke-free tobacco technology. These areas are being urgently prioritised by tobacco companies, due to what are believed to be their lower health risks, and the less stringent regulations they face compared with cigarettes. 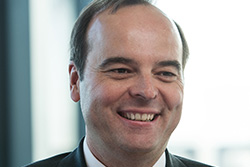 Gray (right) was appointed as group marketing director in 2014, having previously been regional director for Eastern Europe, Middle East and Africa.

Nicandro Durante, chief executive at BAT, said: "Kingsley brings an enormous amount of marketing knowledge and passion to this role. At this transformative time for our company, his experience of running and growing our potentially reduced-risk products business will be particularly important for the future growth of the business."

Durante announced earlier this year he would step down as CEO next April. He will be succeeded by current chief operating officer, Jack Bowles.

'We're trying to give up cigarettes', says Philip Morris ad