Is British Gas managing to use social to improve public sentiment toward its brand? 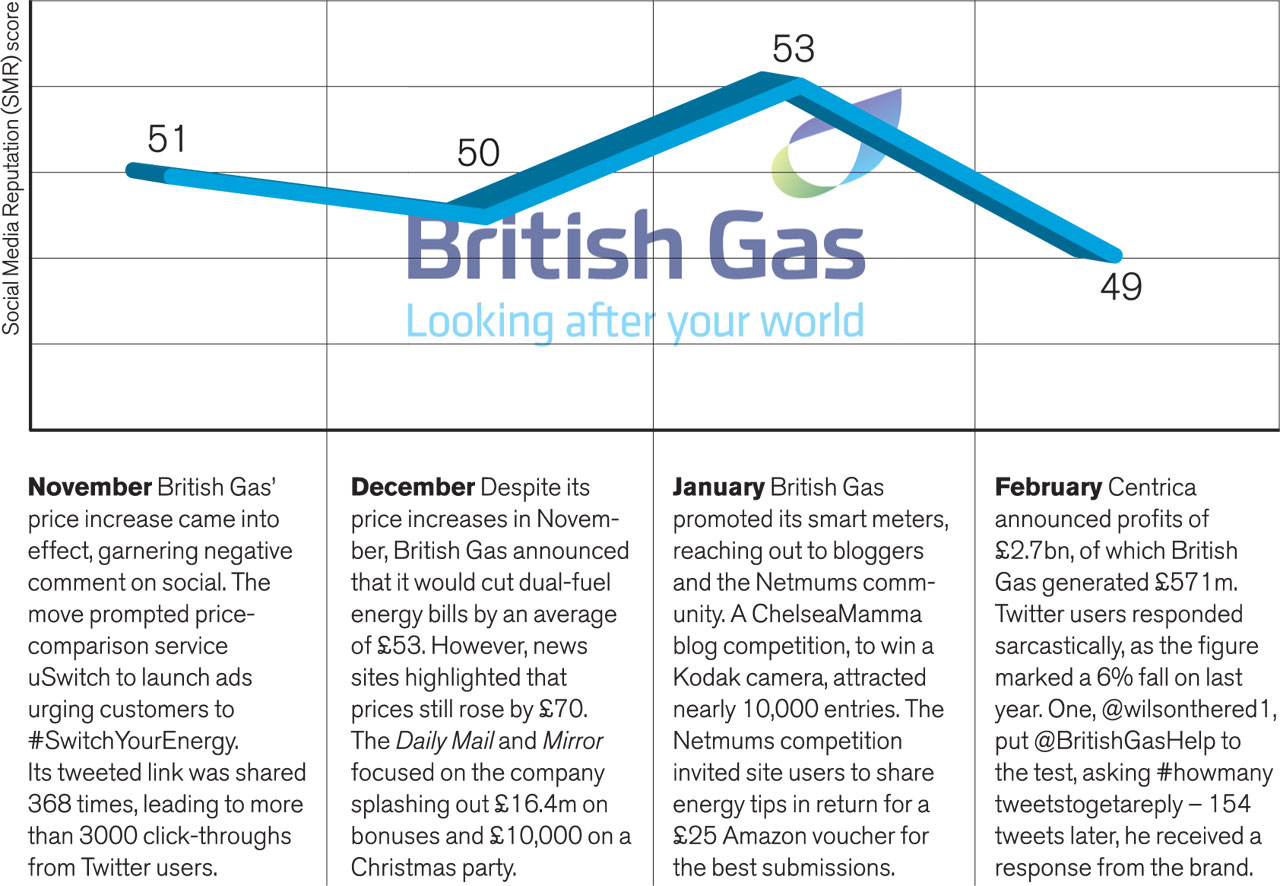 The cut and thrust of social is not a fun place to be when you're in the energy business. People can choose between venting their spleen about their rising bills and your rising profits or get overheated by your customer services.

So hats off to British Gas for trying to do something in this volatile climate. As demonstrated by last year's #AskBG - where a Twitter Q&A with customer services director Bert Pijls was hijacked by angry customers and mischief- makers - sticking your head above the parapet can be fraught with danger.

However, the energy supplier seems to have become more savvy recently, running blogger outreach activity to raise awareness of its Smart Meter and dedicating resources to having a strong customer-support channel on Twitter. These activities will not stop the public being angry when price hikes kick in and huge profits are announced, but they can, at the very least, help to make the brand seem less distant.

of commentary about British Gas was in regard to customer satisfaction. Of this, the tone was overwhelmingly negative, with 88% demonstrating a general dissatisfaction with British Gas services, especially in terms of unfulfilled promises and delays. The late arrival of engineers caused the most ire.

of brand-led commentary about Npower was negative, apparently influenced by chief executive Paul Massara's recommendation that parents could cut energy bills if their children turned off TVs and iPods. Further negative commentary was driven by an Npower report stating that bills would continue to rise.

Social Tracker is powered by Yomego and Human Digital