BT has put people at the forefront of its latest campaign to promote the company’s consolidated plan, BT Halo.

Created by Saatchi & Saatchi and set to a spoken-word poem, the 90-second ad features gamers, athletes and musicians as they showcase the perks of BT’s bundled broadband, mobile and phone plan. It ends as a girl is reunited with her father, thanks to the unifying power of the internet.

Focusing on a series of numbers – from two people playing a game to London's 312,000-strong global climate protest – the spot will make its TV debut today (17 February) during Love Island on ITV2.

This is accompanied by out-of-home, cinema, video-on-demand, press and social media activity running throughout January and February. It was created by Oliver Wolf and directed by Christopher Riggert through Biscuit. The media agency is Essence.

"This campaign shows the power of connections between us all and the amazing things we can do together," Pete Jeavons, director of marketing communications at BT, said.

"BT Halo keeps people connected with the best from BT – offering unlimited, reliable 4G, 5G and fibre, as well as dedicated home tech experts to help customers make the most out of their technology and stay connected to the people and experiences that matter most to them." 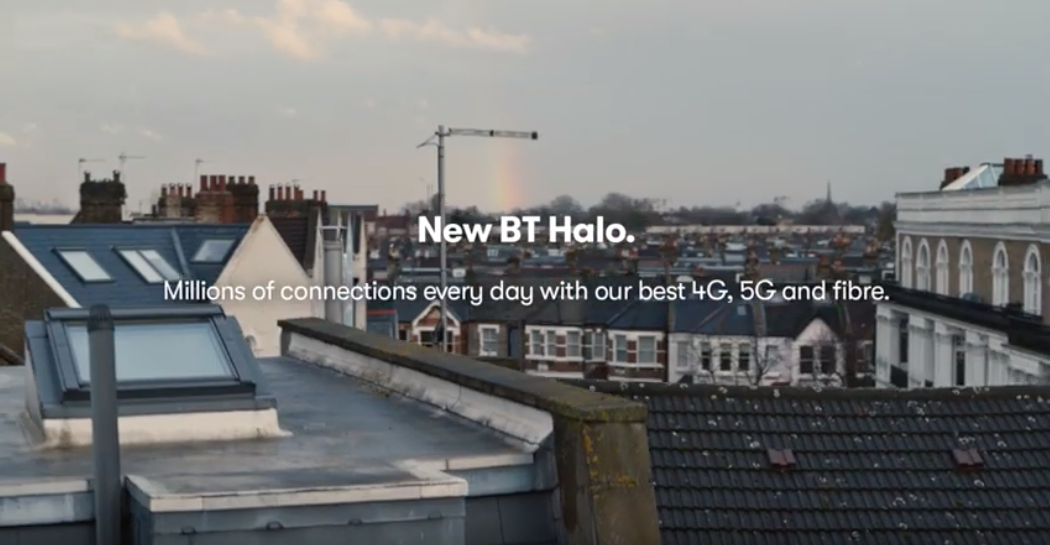 This marks the second campaign by BT since launching its biggest rebrand in two decades last year.

The rebrand was unveiled alongside a spot called "Beyond limits", a record-breaking event at Wembley Arena, a new brand identity and a pop-up that taught children how to code.

BT to create pop-up to teach children how to code