Campaign is part of ‘Skills for tomorrow’ platform.

BT has enlisted footballer pundit Rio Ferdinand, TV presenter Rylan Clark-Neal, sports presenter Clare Balding and musician Gary Barlow to star in its latest campaign, which encourages members of the public to reconnect with others during the coronavirus outbreak.

The campaign was written by Katy Stanage, Sam Simmonds and William Brookwell, art directed by George Coyle and Fabiano Gomes, and directed by Chris Faith through Prodigious.

“In a year that’s been one of the most challenging, our responsibility as a national enabler, with the ability to help the country connect has never been more important,” Marc Allera, chief executive of BT’s consumer division, said.

“We are in a unique position to help millions of people reconnect and provide them with guidance on the best ways to do that.”

Allera continued: “So, with the help of some of our celebrity friends, we are encouraging people to reach out and reconnect with one person they've lost touch with, whether it be an old friend, family member or colleague, over text, phone or video call, WhatsApp, a voice note or even through virtual gaming, to help beat loneliness.”

Other celebrity reconnection stories are set to appear on BT’s +1 Hub which includes guides to help members of the public learn about different connection-based technologies during Christmas. 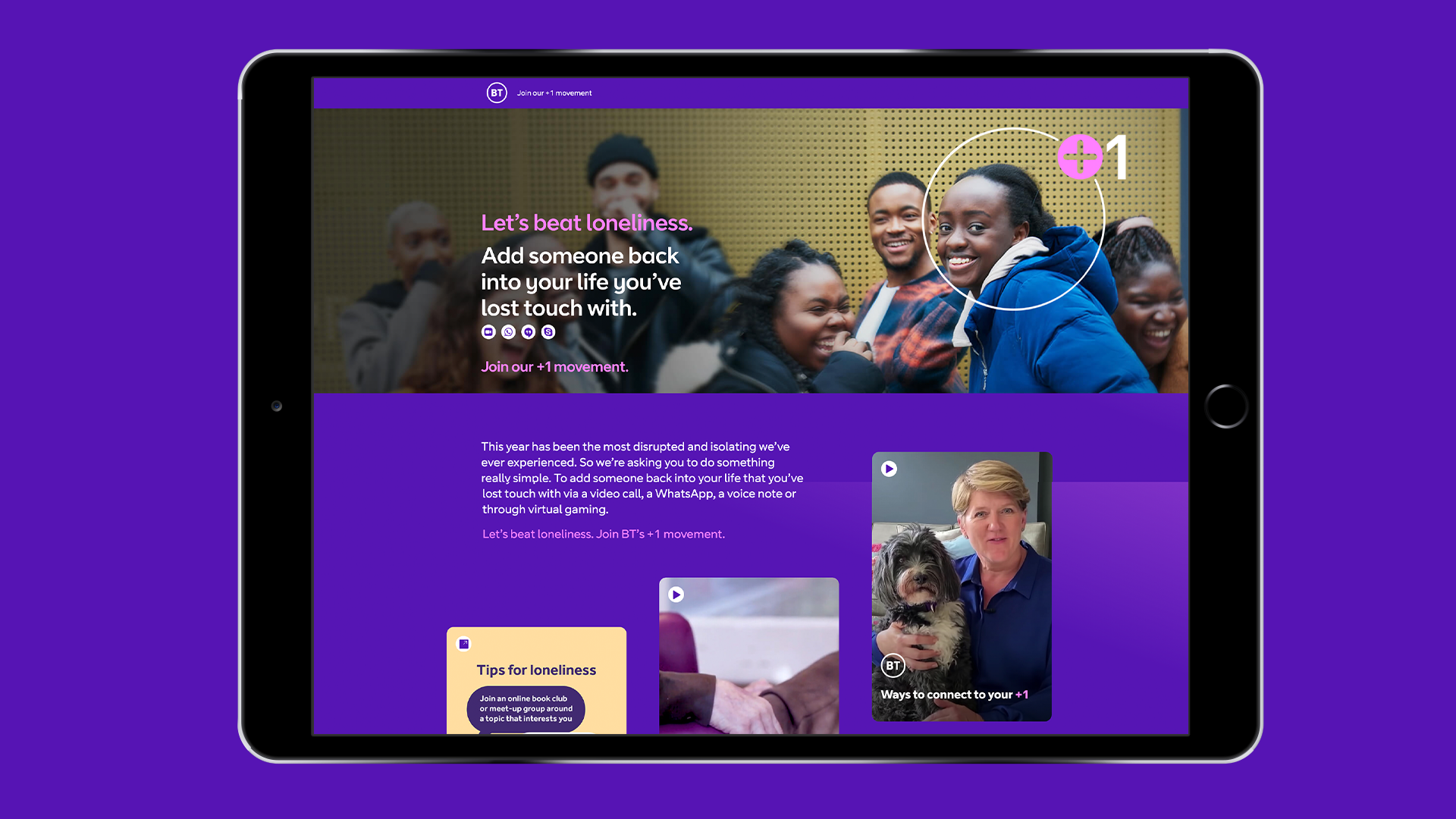 This week, work will show Balding as she reconnects with Crufts commentator Jess Holmes, while Clark-Neal will be hanging out with fellow X Factor contestant Lucy Spraggan.

Singer-songwriter Sarah Close will also be writing and performing songs based on the reconnection stories of her followers, and football gamer Manny will be showcasing the unifying role of the gaming world.

There is also an outdoor element to the campaign, which also encourages others to digitally connect with others. 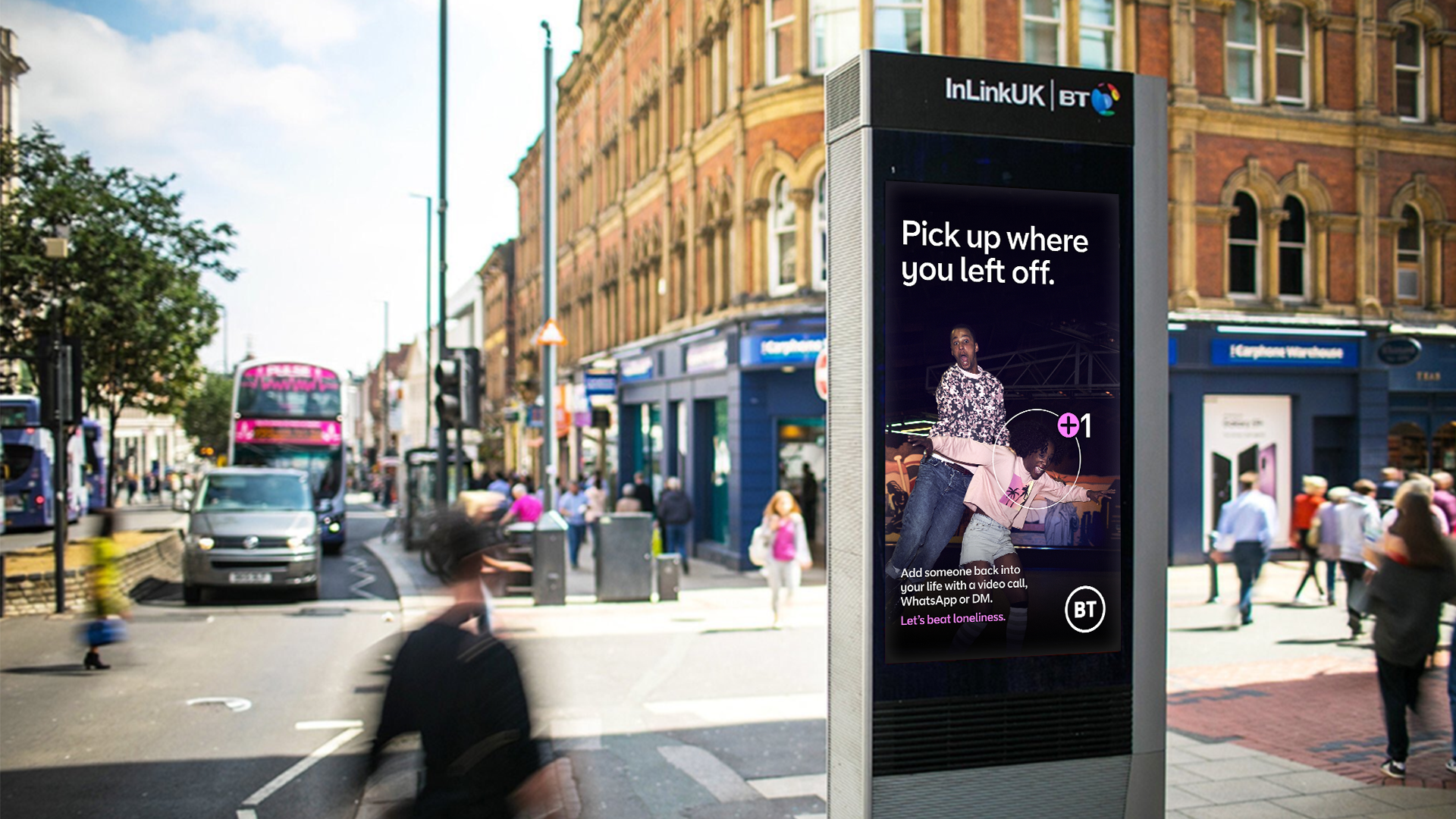 The campaign is part of BT’s “Skills for tomorrow” platform, which launched last year as part of the brand’s biggest campaign in two decades, "Beyond limits".