Diageo acknowledged the boost given by the chancellor's relaxation of alcohol duty, while Virgin Atlantic welcomed the lowering of taxation on long-haul flyers and ISBA said that measures to increase investment among SMEs could boost the advertising industry.

Osborne used his speech to drive home the message that this was a "Budget for building a resilient economy".

Beer duty has been cut, saving drinkers 1p on every pint, while duty on spirits and normal strength cider will be frozen.

Andrew Cowan, Diageo Great Britain's country director, said: "The chancellor has today given a huge boost to one of Britain’s most successful industries. From Scotch whisky to London gin, British spirits are admired and enjoyed around the world.

"In freeing the industry from a debilitating tax policy, the government has given a show of support for these quality products. That will benefit the industry not just at home but also help us as we fly the flag for British business across the world."

Flying from one side of the world to the other was also given a boost in the Budget. Long-haul flights will carry the lower rate of air duty (APD) currently charged on flights to the US.

Virgin Atlantic issued the following statement: "A two-band APD rate is a very welcome simplification to remove some of the biggest distortions of the current system, which the chancellor himself admitted is crazy and unjust. The government has rightly recognised the damage APD is having on exporters and the travelling public alike.

"A tax system which penalised high growth emerging economies such as China and India was always contrary to the Government’s stated policy on trade and exports, so this is a positive step that recognises the impact of this economically damaging tax.

"There is a growing body of evidence demonstrating the huge economic benefits to the UK of reducing or abolishing APD and we hope that the government will continue to go further in the long run."

Another aspect of the Budget that was acknowledged by the marketing profession as a boon to business was changes to busines tax allowance rules.

Smaller businesses are being encouraged to invest more in their businesses, with annual investment allowance doubled to £500,000 and extended into 2015, which means that 99.8% of businesses will pay no tax on investment.

The move was met with open arms by advertising trade body ISBA. Ian Twinn, the body’s director of public affairs, said: "We know that advertising is an underused tool for SMEs, but one which, if harnessed properly, could unlock massive growth for the UK. This allowance revision will encourage smaller businesses to invest in advertising and pursue greater growth."

The state of the economy

Osborne stressed that although the Office for Budget Responsibility (OBR) a year ago forecast the economy would grow 1.8%, in the autumn statement it upped that prediction to 2.4% and today the OBR upped that figure to 2.7%.

"That is the biggest upward revision to growth between budgets for at least 30 years," Osborne said. "The economy is continuing to recover, and faster than forecast. We set out a plan and together with the British people, we held our nerve after the mess we were left."

But he said that the UK still borrowed too much and did not invest or save enough. 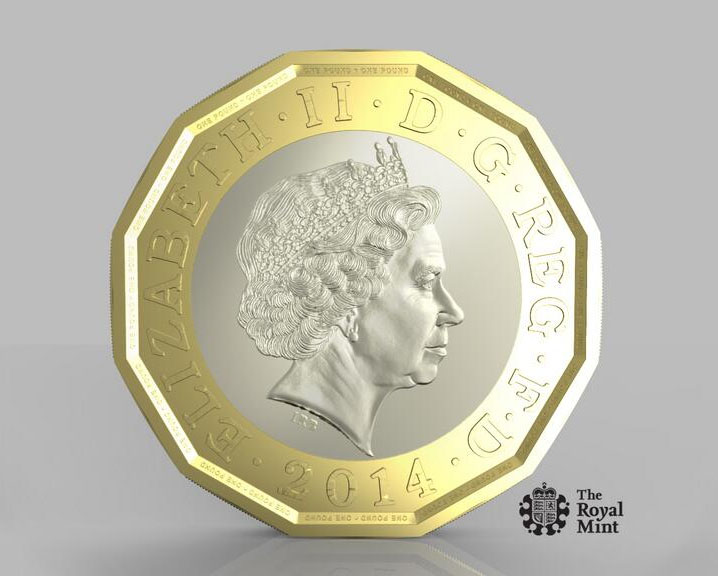 Osborne also used his speech to reveal plans to replace the current pound coin with a new design (right)  based on the shape of the first coin which Queen Elizabeth II’s face appeared on.

"One in 30 pound coins are counterfeited and that costs businesses millions each year," he said. The new coin will take three years to enter circulation. "A more resilient pound for a more resilient economy."

"Independent research shows that no matter what the new pound looks like, if it is invested in advertising six shiny new ones will be ploughed back into the economy," ISBA's Twinn added. "All the more reason to support responsible advertisers to do their job, thereby driving the economy further."