On World Mental Health Day, in an era when executives are under growing pressure to bring their 'whole selves' to work, we investigate the emergence of a new self-care agenda. 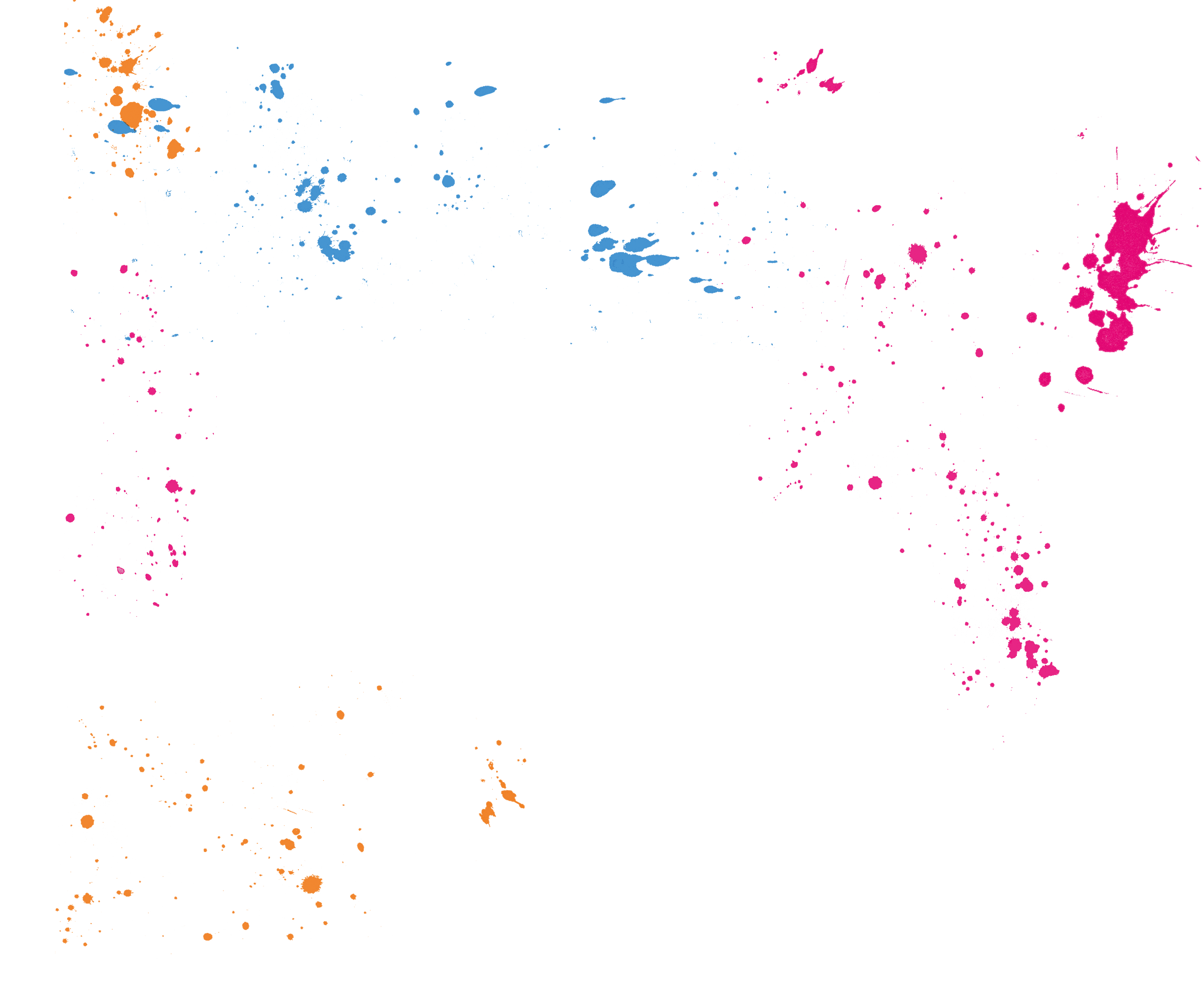 "Every one of my books has killed me a little more." These words, attributed to the writer Norman Mailer shortly before his death in 2007, articulate the cultural link between creativity and suffering. The notion that artistry will ultimately lead to anguish is one etched into the bedrock of creativity.

In the marketing industries, the idea that every ad has killed its creators a little more might be a slight exaggeration – however soul-destroying the pitch or sign-off process may be. Nonetheless, the demands of pitching, performing, connecting and delivering on a daily basis are not without their emotional challenges.

While the advertising industry has become adept at talking about the pressures of ever-decreasing margins and its executives have turned how busy they are into a badge of honour, when it comes to assessing the emotional impact of the modern workplace and talking about mental health, it is a different story altogether.

In an industry that demands individuals are "always on", emotional intelligence – or EQ –  is often the missing variable in the equation. Belinda Parmar, chief executive of The Empathy Business, says that, despite the fact that the UK is an "emotionally constipated nation", this ability to connect on an emotional level is vital – not just to thrive as an individual, but for business success.

This year at the Cannes Lions, the collective suppression of emotion was tackled head-on by Michelle Morgan, founder of youth marketing agency Livity, who took to the stage to share a deeply personal story of her own battle with depression.

Since then, Morgan says, not a day has gone by without someone in the industry getting in touch to share their own mental-health problems with her. "We are comfortable talking about well-being, but mental health is something we still struggle to talk about," she adds.

According to Morgan, breaking down this barrier demands that we create a new language around how we feel, to enable us to break through this taboo. "We all have mental health. It can be great, mediocre or poor, and we need to look at how we create permission to have the right conversations in the workplace," she says. ›

This means a shift from the perfunctory "How are you?" – a question that doesn’t really merit any answer other than "Fine" – toward a genuine concern and kindness. "Mental health doesn’t discriminate. So many people have mental health challenges [and] we need to acknowledge and support them in the workplace," Morgan adds.

In a market beset by squeezed margins and awash with transformation programmes, EQ and creating a culture that prioritises the mental health of employees is at risk of  being relegated to the bottom of the priority list.

Kerry Chilvers, brands director at Direct Line Group, says that many people mistakenly condense EQ down to simply being "nice". However, at Direct Line, EQ is one of three key factors against which talent is assessed, because it is such an important part of the company’s success (the other two being IQ and "drive").

She explains: "For us, having a high EQ means having a strong handle on your own emotions, being more readily able to identify emotions in others and understanding how emotions could [have an] impact on what you are trying to achieve. This enables our people to build stronger relationships, be better at working across organisational boundaries and bring teams together to make change happen faster. This is the real, tangible benefit of EQ."

As EQ has risen up the executive agenda, so the link between always-on technology and a diminished capacity for empathy is rising up the consumer agenda. This centres on the concern that a growing emphasis on the self has been accompanied by a corresponding devaluation in how we view others. 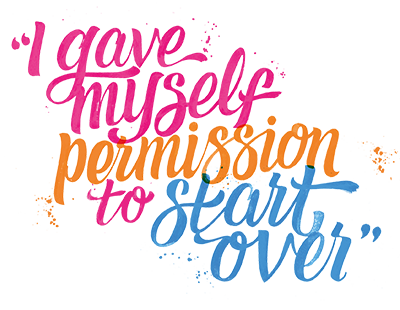 Sam Shaw, strategy director at consumer research consultancy Canvas8, says: "Thanks to the incessant chatter and demands of social media, addictive gaming apps, the internet of everything and high-octane city living, we’re slaves to our screens. So it’s not just that people are worried we’re losing touch with others, some feel we’re losing touch with ourselves as well."

He goes on to ask: "We’re taking more selfies than ever, but are we really confronting our inner selves?"

This inflection point has sparked a wave of brands, products, services and technology platforms designed to solve problems created or exacerbated by technology itself.  When even chocolate brand Galaxy is promoted as a break from the constant demands of social media, it is clear that self-care and the attendant perceived corrosive effects of technology are becoming a mainstream consumer trend.

Niklas Forser, co-founder and business coach at mental well-being and personal development app Remente, believes that it will be decades before we see the full emotional consequences brought about by technology, but claims its ubiquity has led to people thinking and feeling less, and, as a result, often losing their own values, purpose and beliefs. This is why he argues it is vital for a company to offer alternative solutions and support networks for its employees.

The cult of ‘busy’

There remains a genuine tension between the much-touted notion of bringing your whole self to work and cultivating the time and space to have a life outside work.

"Bringing your authentic self to work as fulfilled, honest people is a great thing," Morgan says.

Yet a huge question remains over how much of yourself you should be willing or able to give, especially in the always-on, social-media arena. "Busy-ness" has become a status symbol, epitomised in a 2016 Bloomberg News interview with then Yahoo chief executive Marissa Mayer, during which she claimed to have been working 130-hour weeks while at Google.

According to Mayer, this was possible, but "only if you’re strategic about when you sleep, when you shower and how often you go to the bathroom".

Andy Cope, a "happiness expert" and co-author of The Little Book of Emotional Intelligence: How to Flourish in a Crazy World, contends that this "busy-ness agenda" means that if there is something missing in your life, it’s probably you.  "The contemporary world is so full-on that everyone has a burgeoning ‘to-do’ list – a terrifyingly long backdrop of things you haven’t got a chance of ticking off," he says.

In contrast, EQ is about something much more important, something Cope describes as your "to-be list", as it challenges you to ask questions such as "Who am I being while I’m doing those things on my list?" and "Are you hassled, cross and fuelled by stress, or positive, vibrant and fuelled by joy?"

When external metrics and ROI are the baseline for creative work, it is no mean feat to turn that focus and eye for detail inwards, perhaps discovering that maximising your EQ in real life is more challenging than might be suggested in the pages of business books or by self-care apps.

Ensuring you have the time, willingness and space to be emotionally intelligent and inspired is not easy. Morgan points out that it is a daily challenge and one that demands we take a closer look at how we work outside the traditional hierarchies of leadership. In essence, to fulfil your EQ, you have to step back and look at yourself from all angles, taking in all the imperfections, contradictions and mental and physical challenges that entails.

Morgan, for example, classes herself as an "introverted extrovert", who needs to weave "softer" days into her diary after undertaking something demanding, such as speaking at a conference. This approach, working both fast and slow, is guiding her new venture, a range of pyjamas called PJoys, designed to start an open conversation around mental health.

This has sparked a new beginning for Morgan. She explains: "We can all suffer from burnout or fall out of love with work, but it takes courage to ask yourself: ‘If I did it all over again, what would I do?’ I gave myself permission to start over."

How to boost your emotional intelligence for marketing success

Learning to love the machines: What I've learned about AI, VR and the future of the ad industry

The Marketing Society to recognise risk-takers

How to 'make the internet great again'

How should brands act in a digitally cultured world?