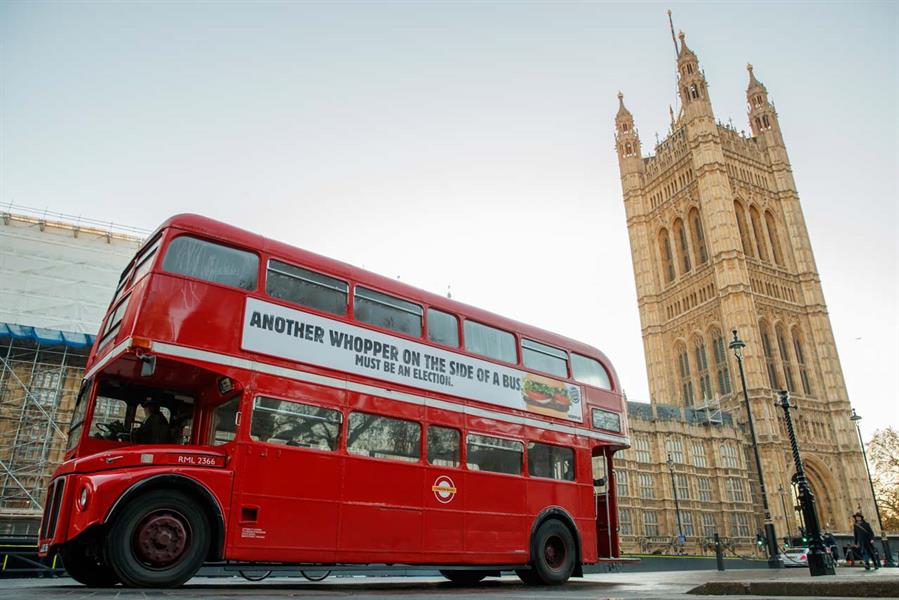 When someone says a Whopper, you might think of the flame-grilled Burger King kind.

But in common parlance, it's also shorthand for something else: a lie. Burger King and its agency, Bartle Bogle Hegarty, didn't miss an opportunity to poke a little fun at the political establishment in the run-up to the general election next Thursday, running a full-sized ad on the side of one London bus on Wednesday that read: "Another Whopper on the side of a bus. Must be an election."

While the execution doesn't specify which "whopper" it is referring to, one of the most famous political claims of recent years was the Vote Leave campaign's bus message claiming that Brexit would mean an extra £350m a week going to the NHS. The figure has been widely debunked.

The ad was created by Stuart Royall and Phil Holbrook.

Rightmove "This is it" by Fold7

Subway "Make it what you want" by Above & Beyond

Rightmove "This is it" by Fold7