Complaints centred on claim that burger wasn't suitable for vegetarians or vegans.

Ads promoting Burger King’s plant-based burger – the aptly named Rebel Whopper – have been banned by the Advertising Standards Authority following complaints that the burger was unsuitable for vegans and vegetarians.

The Rebel Whopper was unveiled via Twitter and Facebook, with the fast-food chain declaring: "You asked and we listened. Introducing the Rebel Whopper, our first plant-based burger."

An image of the burger was also posted alongside a sticker hailing:"100% Whopper. No beef." 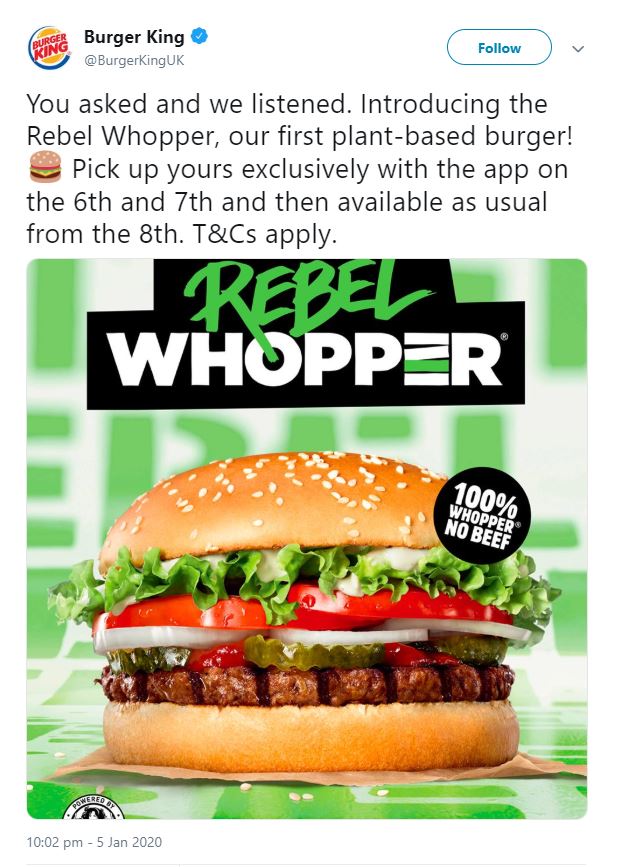 Similar posts from Burger King described the Rebel Whopper as the "taste of being woke" and "powered by the vegetarian butcher", with a smaller text beneath stating: "T&Cs apply."

Burger King’s social media campaign led to 10 complaints from consumers who found the Rebel Whopper’s plant-based promises "misleading", since the burger is not suitable for vegans or vegetarians because it is cooked alongside meat products.

Aside from vegans, the item wasn't suitable for those with egg allergies either, because it contained egg-based mayonnaise. 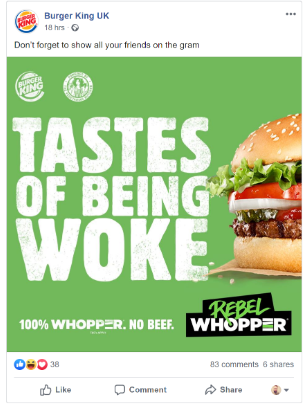 The brand maintained that the small print on the ads explained that the Rebel Whopper may not be suitable for vegans or vegetarians, and was communicated to customers via social media in later posts.

Burger King also opted to remove the "vegetarian butcher" logo from TV as it was considered potentially misleading to fast-food fans, and added that any customer who didn’t want mayonnaise could have it excluded from their order.

Following an assessment, the ASA deemed that the ads must not appear again in their current form.

Subway "The taste test balls up" by Above & Beyond