Even before the launch of its new range of brow products, Benefit Cosmetics owned 50% of the UK's brow-market share and owned the top-two selling products in the category.

Since the launch of 13 new brow products last June, the brand has used a canny experiential-driven marketing to spread its brow-grooming influence across the UK.

Today, the brand has 60% market share within a category that in 2016 was worth £20m according to NPD market research.  The country's top-five most popular brow products are also owned by Benefit.

"There's still a lot of opportunity in this space as, even one, only one in four women use a brow product regularly in their makeup routine," according to Kyra White, head of brand activation for Benefit Cosmetics UK.

Brow services have been a part of Benefit's marketing strategy for 20 years. By getting women to come into the store for a regular groom, Benefit was able to introduce its latest products on a one-to-one basis and build up brand loyalty.

"While this has worked well for us, we decided it was time to bring our services to the customer and the Browmobile let us do this in a fun, quirky, benefit way," White said. "It shows our customers that we're happy to go to them anywhere. Plus it's really Instagrammable which is great for a brand like ours which doesn't do traditional above-the-line advertising". 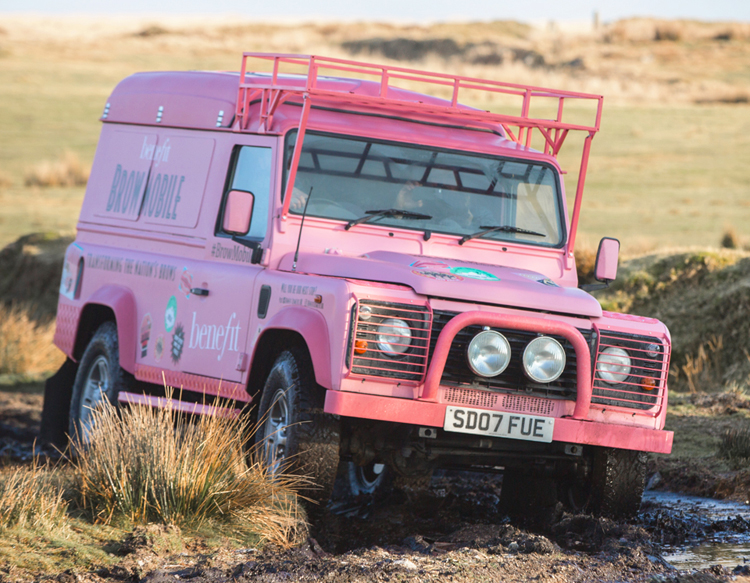 The Browmobile strategy was developed in partnership with Slam PR while production agency, Persuaders, made and produced the vehicles as well as handled the video coverage.

Along with the announced tour dates, Benefit ran an online competition for consumers to have a visit from the Browmobile. This May, the bus will be surprising competition winners.

"The Browmobile tour and competition were also supported by digital and online activity. We worked with different influencers and reached out to the ones we have great relationships with," White said.

She added that Benefit has a policy of not paying for influencer write-ups, preferring instead to give them unique experiences, let them try products and, and have the influencer decide how and if they wish to review or feature a product by Benefit.

"We believe in building great relationships instead. For example, we do an even twice a month in London called 'Browtime' where influencers and bloggers meet at the Carnaby Store and we chat with them about our new products," White explained, likening the experience to a Sunday brunch with girlfriends.

Benefit is also a big believer in product sampling and having miniature versions of its products readily for sale. "Our top-selling mascara, Roller-Lash, retails at around £20, which is a lot to spend on a mascara you've never tried. So we've made miniature versions, with the same brow wand, available for £10 as an entry-point," White said.

The Browmobile had the added benefit for the brand as a sample and miniature product distributor throughout the UK. 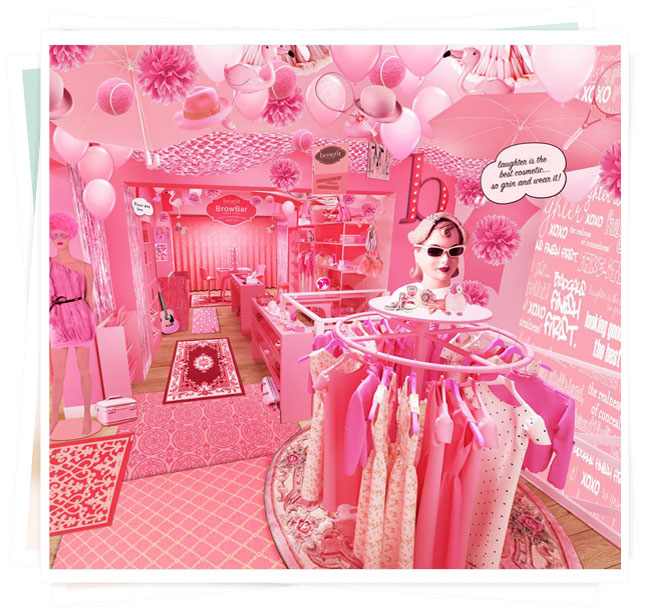 Throughout the year ahead, Benefit plans to bring its brand "to the people" in other categories. Another ongoing example is the brand's annual philanthropy project Bold is Beautiful which, in the UK, supports Look Good Feel Better and Refuge.

This year's Bold is Beautiful project involved four pop-up pink charity stores in London, Dublin, Manchester and Glasgow, throughout the month of April, stocked with pink products donated by Benefit and its partner brands. Sales of the products raised £25,000 for charity.

Also, throughout April, every Benefit donated the proceeds of each Brow Wax to the charities as well. While the exact number is still being totalled up, White disclosed that it was going to be an "six-figure sum".

How Benefit is using the wellness trend in its latest experience

The high street is in trouble, but marketers have the power to revive it

How brands can up their e-retail game through marketplaces

Benefit to launch the 'Good Ship Benefit' on London's Thames