The dust is settling on the EU vote and businesses are showing signs of resilience, for now at least

Business confidence in the UK rebounded in August as it regained much of the ground it lost in the immediate aftermath of Britain's vote to leave the EU.

According to the YouGov/Cebr UK Economic Index, business confidence increased to 109.7 in August meaning it has recovered more than half the losses it endured following the referendum, when it fell from 112.6 to 105.0. However, it is still below where it was before the European Union vote. 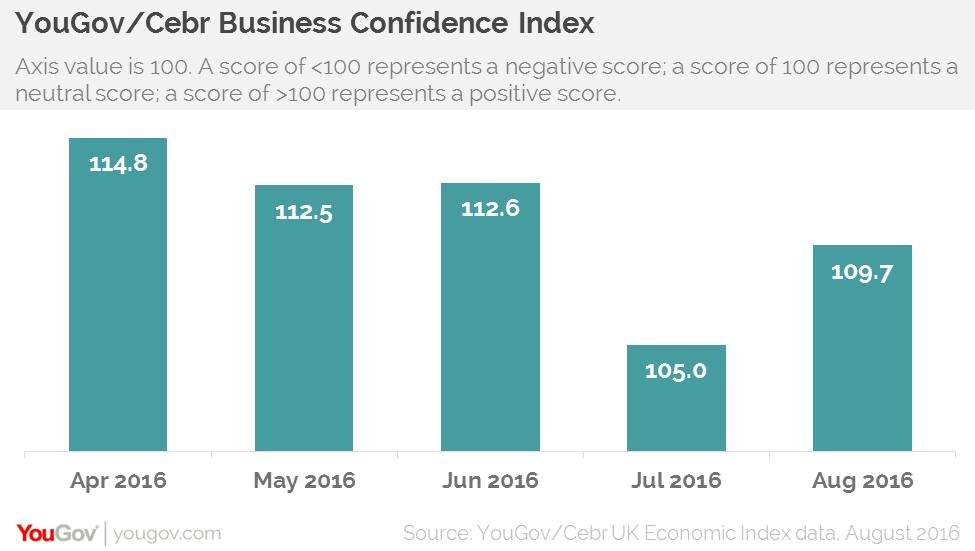 This increase in business confidence has come primarily from an improvement in businesses' expectations for the next 12 months in terms of capital investment, revenue from domestic sales and revenue from exports. Measures looking back at these areas over the past 12 months have remained relatively stable or, in the case of exports, have improved.

With the post-Brexit panic abating and many indicators signalling a reasonably robust short-term outlook, businesses are suggesting a greater confidence for the coming 12 months when it comes to their own operations.

The data, drawn from over 500 monthly interviews with organisational decision makers, shows that businesses remain broadly positive about their own prospects in the coming year. Before the EU referendum 53 per cent were optimistic in their outlook for the next 12 months, a figure which dipped slightly to 46 per cent in July and has risen marginally to 48 per cent in August. Only 23 per cent are pessimistic on prospects. 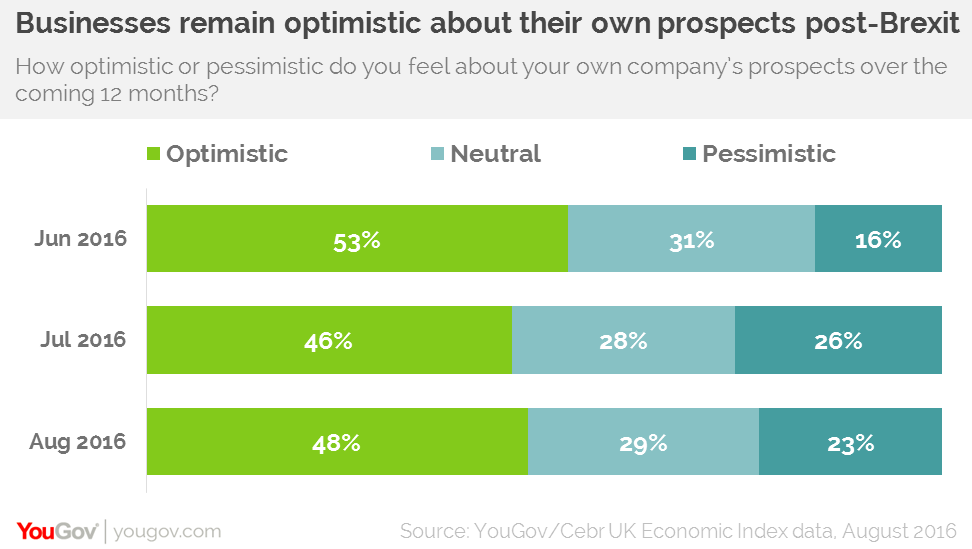 However, one red flag in these figures is the level of pessimism about the UK economy that the Brexit vote has engendered in British businesses. In June, 25 per cent were pessimistic about the coming 12 months, a figure that almost doubled to 49 per cent in July.

Yet while many metrics have rebounded notably in the months following Brexit, approaching half (45 per cent) of businesses still remain pessimistic about the UK economy over the coming year. If these concerns materialise into reality, businesses could rapidly rein in their investment and hiring plans. 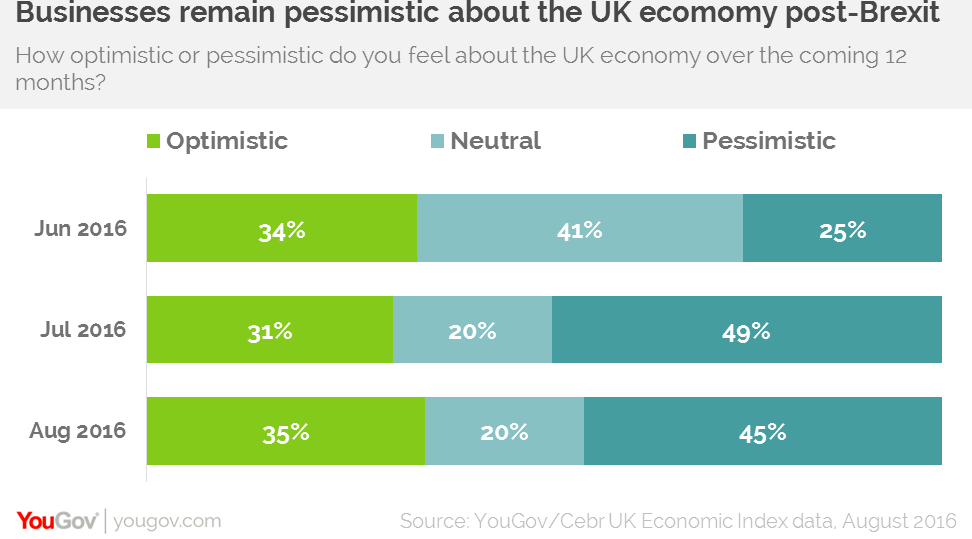 For the most part, the panic that immediately followed the June 23 referendum has been replaced by calm. In the short term at least, a more positive outlook from businesses and consumers will help grease the wheels of the economy – spurring spending and investment.

What happens in the longer term is the big mystery. Once the UK shows its hand on Brexit and invokes Article 50, things could change quickly. But as businesses and consumers don’t know when this will happen, they have seemingly decided to just get on with it.

Find out more about YouGov Reports