“Next issue is the creativity issue.” Ooh, that’s exciting. I’ll be able to do something creative.

A few months ago there were some viral tweets of images from a fancy dress book from the early 1980s by Jane Asher – of cakes, Sir Paul McCartney and acting fame.

There was something about the images that everyone seemed to respond to.

Whether it was the lavish flourishes of the costumes, the bizarre cheese sandwichiness of some of the costume choices or the incongruous moods on the facial expressions of the (sometimes celebrity) models – everyone who looked at it seemed to be getting something from it. 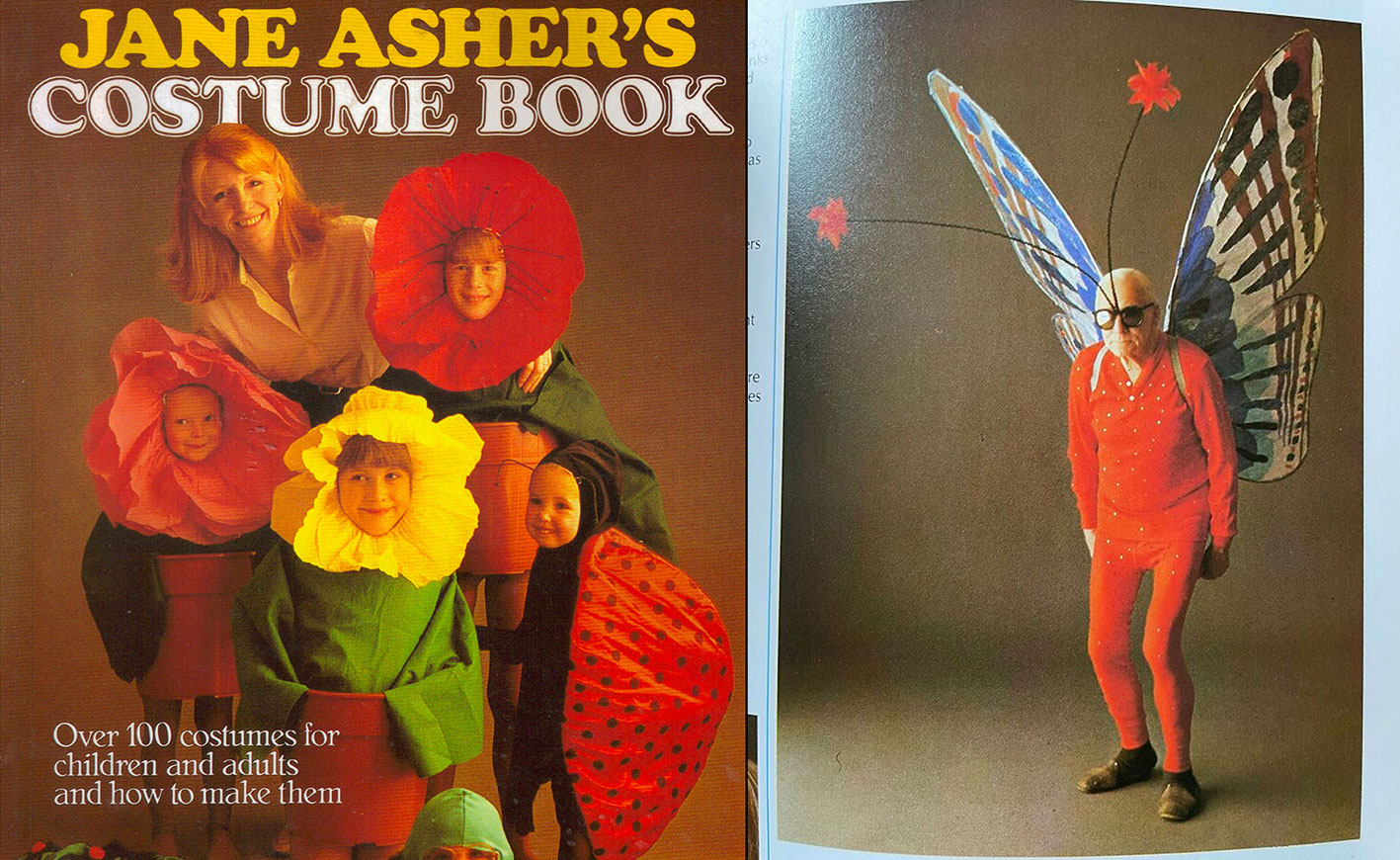 Personally, I loved the butterfly man and I filed the image away in my head. In fact, I sent it to Colin Stout, Campaign's photographer, at the time and said that he shouldn’t be too surprised if I got him to try to recreate this pose and mood in the not-too-distant future.

So then, fast-forward to this issue and it occurs to me that this may be my opportunity to spoon this crazy image into Campaign.

The cover story was about the new generation of ECDs, and associate editor Kate Magee had spoken to several of the top creatives who had all agreed in principle to be photographed. So I pitched the idea of getting them to dress up for it, Asher-style.

Originally, I wanted to do different costumes for everyone but, in this modern world, this caused problems. Ideally, everyone has to be treated equally nowadays. So if one person were dressed as a butterfly, there would be questions asked about why another person was dressed as a lobster.

There was also the problem of some of the subjects maybe not being as into the idea of dressing up as others. So the solution we eventually came to was to treat it a bit like that round in Whose Line is it Anyway?, in which the panel is given a prop and asked to improvise differently with it.

Everyone would be given the same costume and told they could do as much – or as little – as they wished with it. Pretty simple stuff, right? 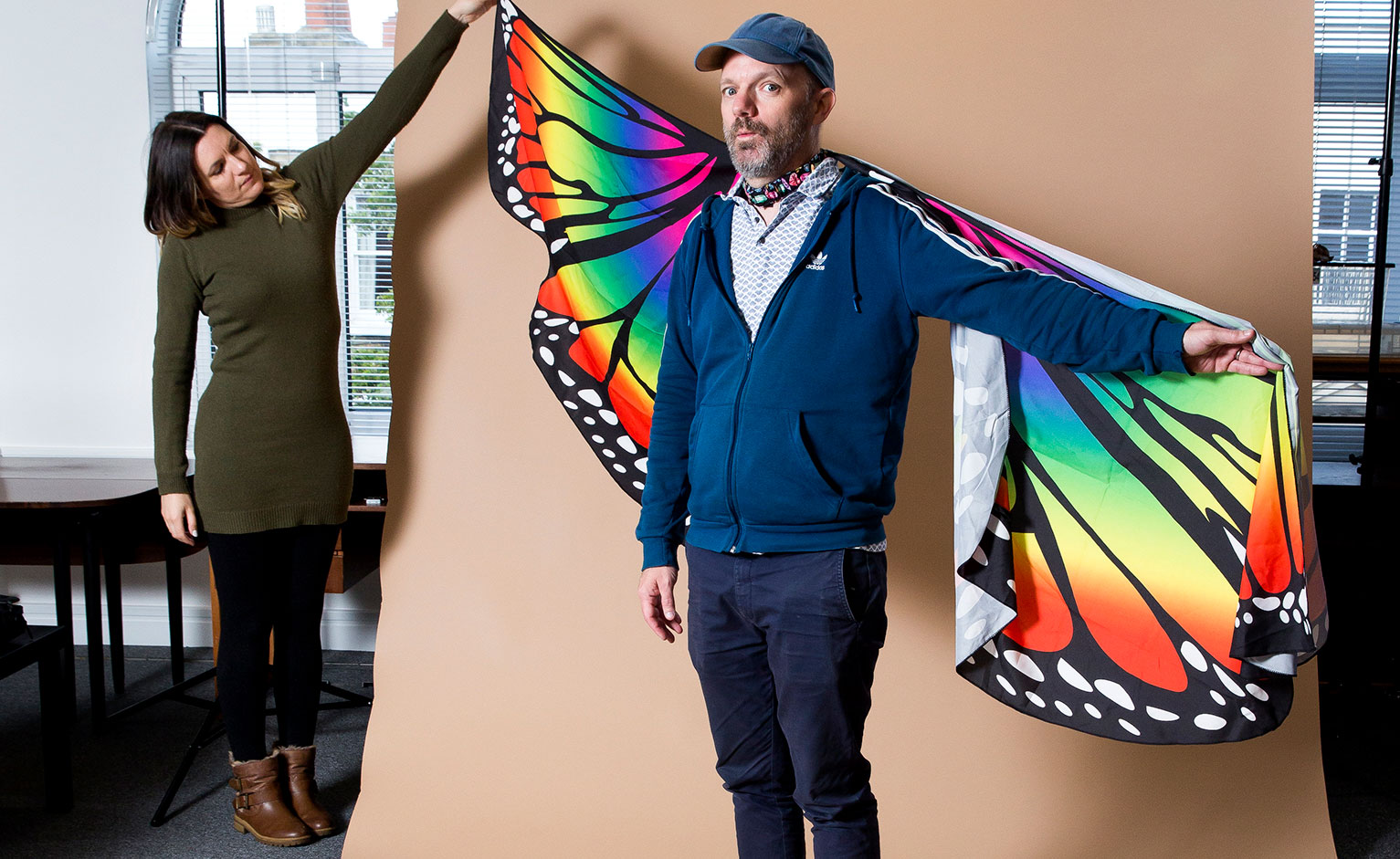 Burdened with glorious purpose and ably assisted by designer Sam Scott (pictured above, with me), we embarked on our task.

A school theatre company (https://theglobeplayers.com/donate/ – please visit and consider donating to this worthy cause) based near me in southwest London offered up their rehearsal space and costume store to use as a makeshift studio. A couple of swift email purchases and a quick raid of my daughter’s craft drawer later, we had our butterfly ready.

As everyone working in the creative sphere knows, you have regular moments of self-doubt. Is this idea just stupid? Is the person who directed the big-budget new Diet Coke commercial going to look at my sticky back plastic and pom-poms and simply walk out? Will anyone ever make it to Surbiton? 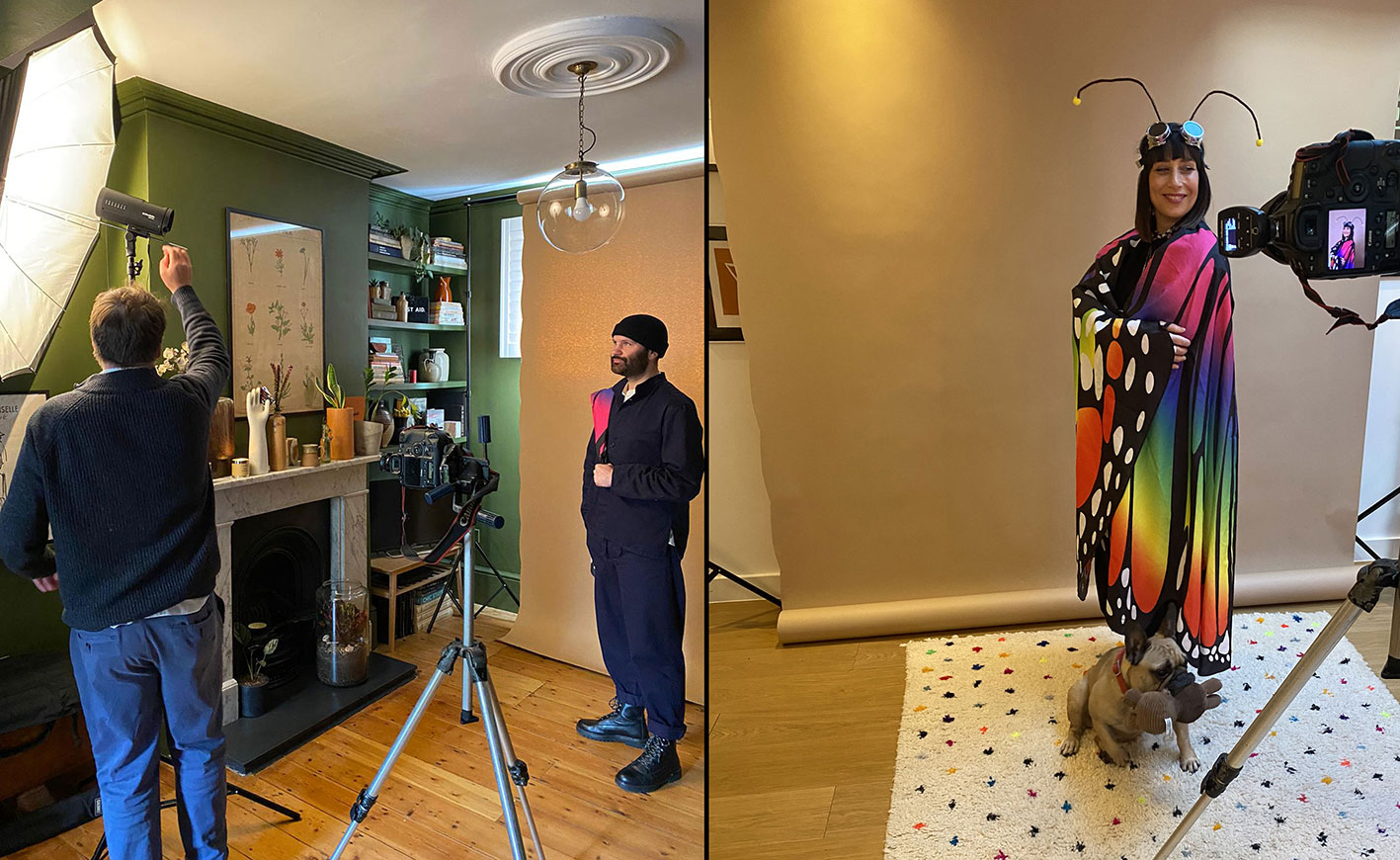 But it wasn’t until Tom Drew of Wunderman Thompson walked in and was bang into it that my worries started to subside. He loved the idea, he’d dressed accordingly and, with me and Sam standing holding the wings up with sticks, I started to think this might just all work out. “Who wouldn’t want to do this?” Tom asked as he slipped steampunk goggles, provided courtesy of my friend's son Ollie, over his eyes.

We don’t have the budget agencies have. In all, I think I spent a tenner on this cover feature. Hopefully it doesn’t show too badly. Everyone seemed game. Everyone liked it. And by the time we had reached the last shoot, Shelly Smoler of Droga 5’s dog Marcel even wanted to be a part of the action. Looking back on it, I should probably have made him some antennae too.

Any fears the rest of the team may have had about whether the creatives were going to think we were mocking them were dismissed when I received an email from one of the participants, Ollie Olanipekun, founder and creative director of Futurimpose. “I’m not going to lie, this is the best picture I've ever seen of me. In keeping with our conversation about making advertising fun again,” he wrote.

And that sums it up for me. It was a hassle, at times I wondered whether it was worth the stress, at times I thought it wasn’t going to happen (we're still working remotely and, y'know, the pandemic and everything).

At the end of the day, we could have just done straight head shots, but this is the creativity issue and where’s the fun in that? None of us got into a creative industry to play it safe.