James Cadbury is building on his predecessors' legacy of philanthropy and authenticity with his chocolate start-up Love Cocoa.

Almost 200 years ago John Cadbury sowed the seeds for his eponymous chocolate brand when he set up a shop in Birmingham selling coffee, cocoa and drinking chocolate.

A couple of centuries later, his direct descendant, 30-year-old James Cadbury, is sitting in a coffee shop in East London’s Haggerston explaining how he hopes to instil the values of his Quaker ancestors in Love Cocoa, his chocolate start-up.

Haggerston in 2016, with its swathes of hipsters on fixed-gear bikes, could not be much further from industrial-revolution era Birmingham, but Cadbury is confident his ancestors’ values are as resonant today as they were in the 19th century.

The Cadbury family was famous for its philanthropy, creating the Bournville model village to house its workers near its factory in the countryside outside Birmingham. Following in this tradition, Cadbury has pledged that 10% of his start-up’s profits will go to charity and is determined his chocolate will be fairly traded and made in Britain.

"I don’t think by helping charity it makes you less of a business," he says. "It makes you more of one, and I think that is how all businesses should be run, to be honest."

Love Cocoa is still very much in its infancy and was set up by Cadbury only in January after he quit his job as a City trader to pursue his business idea.

It’s not his first entrepreneurial effort; in 2014 he co-founded property crowdfunding platform Property Moose. He’s stepped back from a day-to-day role, but still acts as an adviser.

Cadbury believes the Love Cocoa proposition of "next-day delivery of chocolate through the letterbox", which he struck upon when looking for a birthday present for his mother last April, provides him with a USP.

Like many entrepreneurs, Cadbury has looked at what works in another sector; he readily admits the business model was very much inspired by Bloom & Wild, an online florist that sends flowers in packages that will fit through a standard-sized letterbox.

He has invested about £40,000 of his own money in the business and is in discussions with angel investors to raise further funds. Cadbury is also weighing up the launch of a crowdfunding campaign on either Seedrs or Crowdcube to take it to the next level.

About £150,000 will be enough for working capital, marketing and new product development in the lead-up to Christmas, Cadbury says. Until now, Love Cocoa has relied on word of mouth, Facebook and Google ads for its marketing, although advertising was suspended in the recent heatwave.

Cadbury foresees the majority of his business coming from the gifting market. Christmas is the biggest time of the year for chocolate sales, so he timed the set-up of the company to prepare for the festive market.

"Deliveries for the bigger companies out there, such as Hotel Chocolat and Thorntons, are mainly signed-for [services] and bulky, so someone has to be in, which ruins the surprise element of it," he says.

Sales in the first two-and-a-half weeks of trading for Love Cocoa have, not surprisingly, been modest, in the region of 300 orders. However, this short period has already brought repeat orders and deliveries to desti-nations as far afield as Australia. By the end of the year, Cadbury hopes to hit a target of 200 boxes a day.

The Love Cocoa range includes English Mint, Honeycomb and Honey, Maldon Sea Salt and Earl Grey variants, as well as plain dark and milk options, with the ingredients sourced from British suppliers. The honey, for example, comes from Barnes & Webb, a start-up beekeeping firm, which installs and manages beehives across London, while the mint is supplied by Summerdown Mint, in Hampshire.

"The quality of mint is so much nicer than the harsh imports that most people get from India and China," Cadbury says. "It is more expensive, but I want a premium product, so you have to have the best."

The chocolate itself is manufactured in a family-run British factory that sources fair trade and organic cocoa from farmers in Ecuador and the Dominican Republic.

"There is a big company in Belgium called Barry Callebaut that sells chocolate [to the trade] and a lot of people buy that, but I did not want to go down that route, because I find it bland and it is not particularly individual," Cadbury explains.

On the Love Cocoa website, Cadbury talks to his ancestors’ ambition to create something "absolutely pure, therefore the best".

Is this an allusion to the Cadbury business? After its aggressive takeover by US company Kraft, it was spun off into Mondelez and has faced criticism for changing the recipe of classic Cadbury products, such as the Creme Egg.

"I want to have something which is organic, fair trade and high quality," Cadbury responds. "When Cadbury set up, that was their promise, and chocolate has since maybe become a little bit different. I want to create a really good product that I am proud of, that people enjoy eating and is not full of cheap ingredients," he adds, choosing his words carefully.

However, Cadbury is not out to start a war with the company that sells the brand created by his great-great-great grandfather. Since founding Love Cocoa, he has made a concerted effort not to rile Mondelez.

He decided against calling his company "James Cadbury", as some had suggested he should do, in order to "create something different", but also avoid legal action.

The Cadbury brand is notorious for fiercely guarding its intellectual property and has been locked in a long-running legal battle with Nestlé over the use of the colour purple for chocolate packaging.

The colour palette of Love Cocoa’s products deliberately steers clear of this hue, with Cadbury admitting he has been "careful not to step on Cadbury’s toes".

The young entrepreneur said he did contact Cadbury before setting up to check he was not infringing on anything, but received no response and has heard nothing since launch. 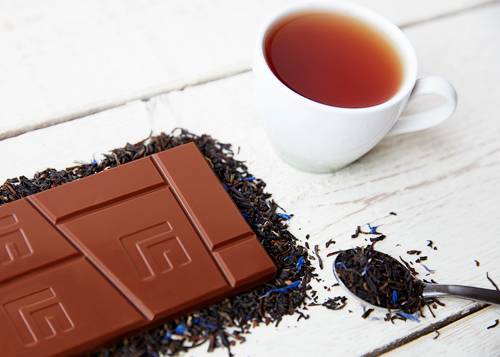 His heritage has played a large part in the founding of Love Cocoa and he says that, like a lot of people in the UK, he was "upset" by the events surrounding the brand’s 2010 takeover by Kraft.

Cadbury considered setting up a chocolate brand at the time of the takeover, but, he adds: "I was a bit younger, was not quite ready to set up and didn’t have any savings in place."

Against a backdrop of supermarkets creating "fake farm" brands for their ranges, Cadbury’s authentic back-story is sure to appeal to consumers’ growing interest in the provenance of the products they buy.

"People like stories behind brands, and this is my story, so I can’t get away from it," he says. "It is the inspiration behind setting up this business, I am proud of it, so I don’t think I should hide anything."

1 Do as much as you can while still employed. Get your business plan in place and try to fill in any gaps in knowledge you have with research and going to events where you can meet people and get plenty of advice.

2 Make sure you know how you can make money. There is no point creating a business plan with lots of words, but no figures.

3 Don’t take the first quote – haggle. Generally, people want to work with and get excited about start-ups.

4 You do not have to reinvent the wheel. For instance, if you want to set up a business selling products online, there are now a lot of resources out there to help, such as Shopify or Squarespace. Many people think building a website is difficult, but the groundwork has been done already.