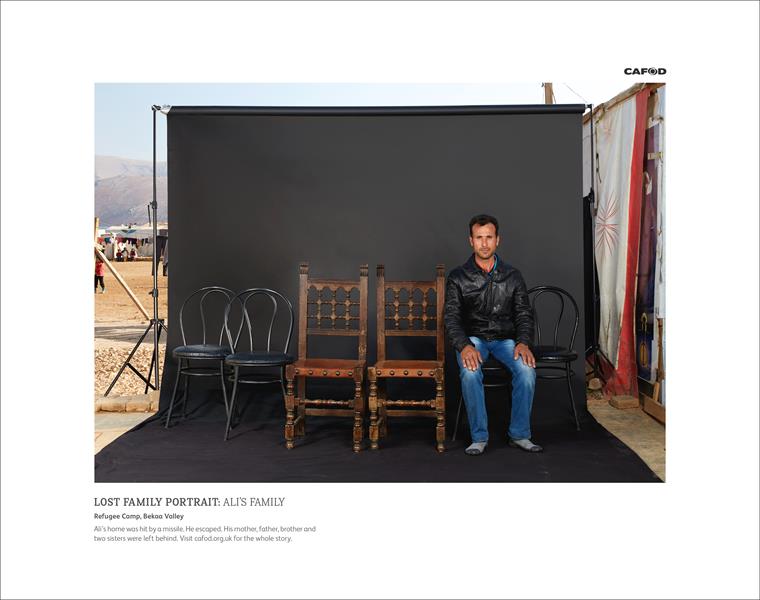 M&C Saatchi commissioned a photographer to take family portraits showing the losses suffered by Syrian refugees as part of a campaign for the Catholic Aid Agency for England and Wales.

The pictures are taken like family portraits but have obvious spaces to represent family members who have gone missing as a result of the conflict in Syria. Dario Mitidieri, a former British Photographer of the Year, took the shots at the refugee camps in Bekaa Valley, Lebanon. Further details of the plight faced by the families in the photos will be posted on Cafod's website, where people can also donate money to the cause. It has not yet been announced where the campaign will run.