Campaign rounds up the top ads of this week. 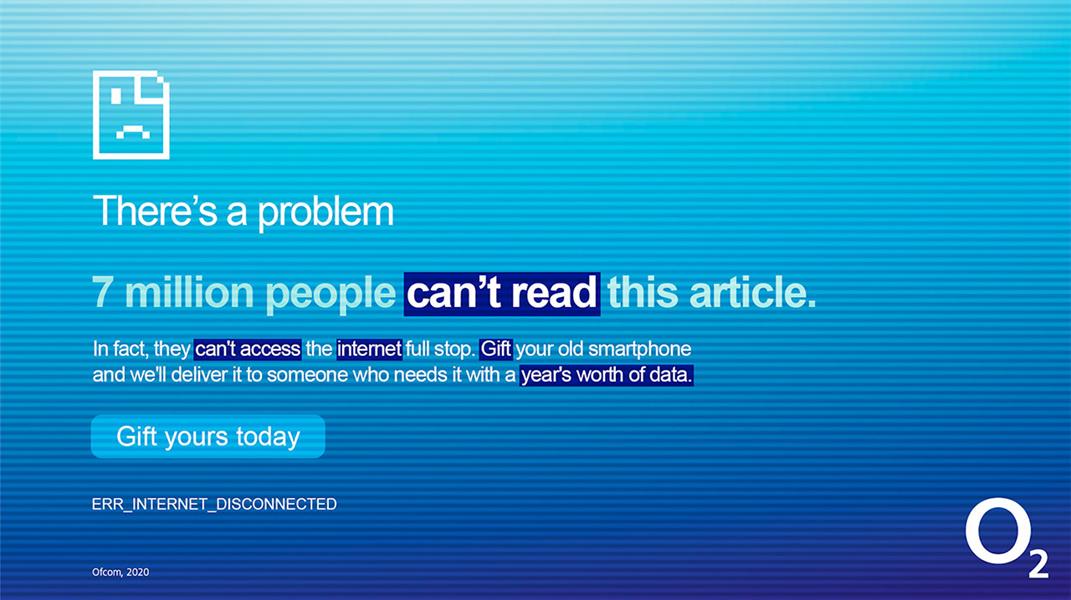 With seven million people in the country still unable to access a web-connected device, O2 launched a campaign highlighting the social interactions that nearly one in ten Brits are missing out on without online access.

It was written by Richard Ince and art directed by Ed Tillbrook.

Maltesers ‘Not after that display’ & ‘One squirt or two?’ by AMV BBDO

In a campaign coinciding with International Women's Day, Maltesers encouraged a more open dialogue about mothers’ mental health via a pair of motherhood-focused ads.

While one shows a woman as she complains of her sore nipples while breast-feeding, another depicts a mum’s awkward encounter with her mother-in-law.

The work was created by Verity Fenner, Vanessa Robinson, Jez Tribe and Dave Westland, and directed by Ally Pankiw through Partizan.

Deliveroo unveiled its new brand line, "Food. We get it" in the brand’s first major work from Pablo, which is essentially a love letter everyone’s favourite allium – garlic.

It was created by Dan Watts, Freddie Powell and Oli Beale, and directed by Powell through Drool. 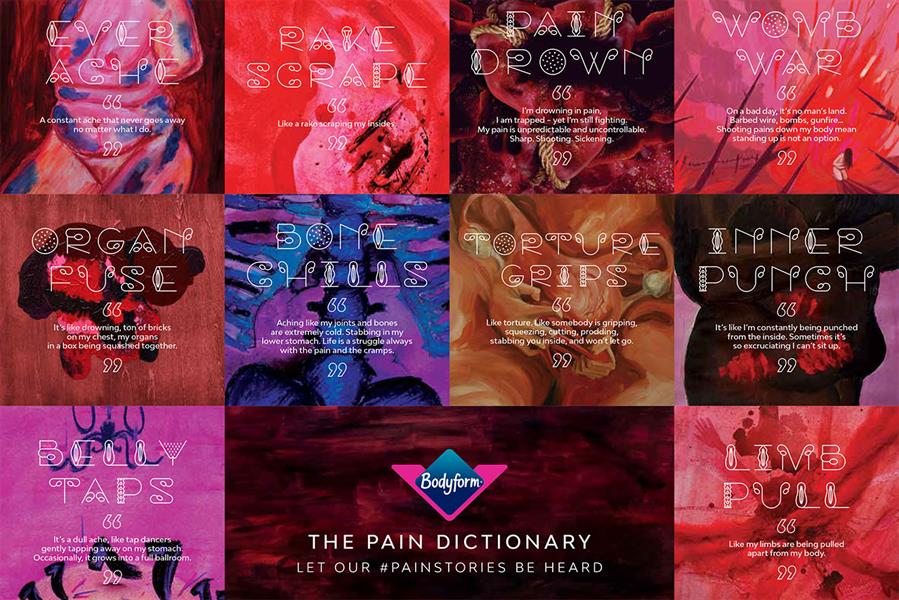 Bodyform launched a Pain Dictionary to raise awareness of endometriosis – a condition which affects one in 10 women of reproductive age and takes an average of seven-and-a-half years to be diagnosed.

Each phrase in the dictionary – including “organ fuse”, “torture grips” and “rake scrapes” – is based on real descriptions from people with endometriosis and illustrated by artists to showcase their pain more clearly.

The campaign also features an online Pain Museum which hosts personal stories of endometriosis and interviews with medical experts.

It was created by Augustine Cerf and Lauren Peters.

Tena ‘Despair no more’ by AMV BBDO and Impact BBDO

Essity brand Tena aims to reclaim perceptions of menopause in the Middle East, where the Arabic term for menopause translates as "the age of despair".

Set to a song by Arabic singer songwriter Ghalia, the ad suggests alternative words which could be associated with menopause, including “renewal”, “reflection” and “wisdom”.

It was created by AMV’s Toby Allen and Jim Hilson with Impact’s Marie Claire Maalouf, Sarah Berro and Irina Siraeva, and directed by Camila Cornelsen through Big Kahuna Films.

How can advertising reduce cocaine use?

Pick of the Week: Bodyform shines spotlight on women’s pain

Campaign's March issue is out now

Tena bids to rebrand menopause for women in the Middle East