This week, Campaign is publishing (in no particular order) its shortlist for Agency of the Decade and showcasing the best work from these contenders over the past 10 years. Next on the list is Adam & Eve/DDB.

From the rise and rise of John Lewis’ Christmas campaigns to her majesty’s Marmite, Adam & Eve/DDB has taken the past decade in its stride, winning Campaign’s Agency of the Year no less than five times along the way.

Having launched in 2008, Adam & Eve planted its flag firmly in the ground with "Always a woman" for John Lewis – the agency’s first collaboration with Blink’s Dougal Wilson.

The spot followed a woman from childhood until old age, stopping for glimpses of different milestones in her life to highlight John Lewis’ lifelong commitment to its customers.

It is still used today as a benchmark for portraying romance in advertising, with founders James Murphy and David Golding hailing this ad as the one that put their agency "on the map". It was created by Ben Tollett, Emer Stamp, Steve Wioland and Matt Woolner.

Phones 4u caused quite a stir with its spooky spot "Missing our deals will haunt you", which saw a four-foot ghost petrify a shopper in an abandoned car park.

The phone retailer's The Ring-inspired ad received no fewer than 659 complaints to the Advertising Standards Authority, while Caspar Nelson, head of brand communications at Phones 4u, said the campaign was "extremely well-received by a large audience who recognise the classic horror themes".

It was created by Aidan McClure and Laurent Simon, and directed by Garth Jennings through Hammer & Tongs. 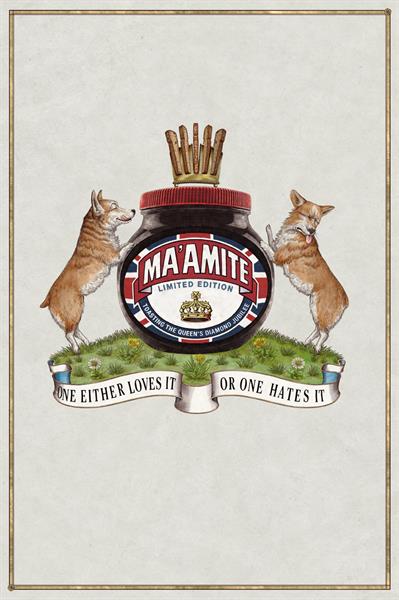 Adam & Eve/DDB revamped the long-running "Love it or hate it" campaign to mark the 60th anniversary of the queen's coronation.

Altering Marmite’s logo to feature a crown and Union Jack, the campaign paid homage to the monarchy with a limited-edition jubilee jar, while out-of-home posters showed the queen’s beloved corgis trying the spread for themselves.

Launched with the tagline "One either loves it or hates it", the work was written by Jonathan John and art directed by David Mackersey.

The ad followed households in which one family member had spent all their money on themselves, prompting them to pick up rubbish gifts for those closest to them. It was written by Daniel Fisher, art directed by Richard Brim and directed by James Rouse through Outsider.

In keeping with the campaign, Harvey Nichols released a gift collection including items such as toothpicks for 47p and authentic Lincolnshire gravel priced at £1.61.

Google gave Manchester United fans around the world a chance to watch their team perform from the best seat in the house – the stadium’s pitchside perimeter boards.

Using Google+, one billion fans were able to watch the Red Devils play against Liverpool in Old Trafford and the innovation earned a bronze Promo & Activation Cannes Lion in 2014.

The work was written by Neil McGuirk, art directed by Darren O’Beirne and directed by William McGregor through The Mill.

Adam & Eve/DDB created an epic film to mark the 250th anniversary of Lloyds Bank, having picked up the business earlier in 2015.

Set to Wings by British singer Birdy, the ad showcased the enduring role of horses since the bank's inception in 1765. Black horses were seen carrying soldiers during the war and pulling a carriage at a 1980s wedding, with the ad ending with the ventures of a British paralympic showjumper.

It was created by Ben Tollett and directed by Sam Brown through Rogue.

Starring fellow Oscar winner Adrien Brody, the quirky spot followed the intermingling tales of strangers on a train (conducted by Brody), who came together on Christmas Eve after their journey got delayed.

The ad was created by Paul Knott, Till Diestel and Tim Vance. The production companies were The Directors Bureau and Riff Raff.

It was created by Steve Wioland and Matt Woolner, and directed by animator Pete Candeland (who worked on a number of Disney films and Gorillaz music videos) through Friends Electric.

CALM highlighted the issue of male suicide with an installation featuring 84 sculptures of men with hoods pulled over their faces.

The work also led to a 34% increase in people reaching out for help during a time of crisis, with "Project 84" hailed by the agency’s chief strategy officer, Martin Beverly, as "a punch to the heart that stopped people in their tracks".

Having won Virgin Media, Adam & Eve/DDB gave the company a new creative route with "You can do anything".

Moving on from Usain Bolt’s cameos to showcase the "unlimiting" power of its services, the ad followed an average dad who discovered he could do anything, transporting to a hallucinogenic world of thunderous upload speeds, unrivalled crossword skills and (not quite) the ability to fly.

It was written by Simon Vicars, art directed by Andre Sallowicz and Nat Potter, and directed by Ian Pons Jewell through Academy.

John Lewis ads: a chronology of the original tracks

John Lewis' Edgar the dragon to gatecrash credits on ITV