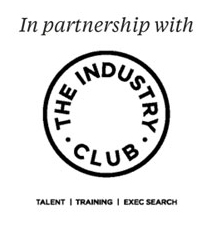 No resting on laurels for Proximity London. Quite the reverse, in fact, for the agency named adland’s best large company in which to work for the second successive year.

Indeed, its 2018 accolade seems to have been the spur to create an even happier and well-motivated workforce and much inspired by the ndustry’s #timesup initiative aimed at banishing sexual harassment from the workplace. Hence the introduction of the so-called Prox Pledge, a commitment that every agency staffer has agreed to make in order to extend diversity and inclusiveness within the agency.

A newly formed Diversity and Inclusion steering committee has been formed to introduce a range of initiatives to ensure the agency does more than simply talk the talk. This has already manifested itself in the establishment of unconscious bias training for managers, the planning of Proximity Diversity Day, more support for return-to-work parents and the introduction of four placement teams through Jolt, a scheme to boost diversity within the creative industries.

Meanwhile, a new and improved employee engagement survey introduced during the year is intended to ensure that everybody not only has their say but is listened to. And there’s a thank-you gift for all staff at Christmas with a voucher ranging from £75 to £100 in value. Proximity sees this as part of a wider ongoing initiative to improve employees’ health and wellbeing on all fronts.

Culture Club, launched during the year, is the embodiment of such thinking, bonding staff together via all kinds of events from fancy dress parties and pub tours to trips to the Globe theatre and Tate Modern. Wisely, the club’s themed nights are held on a Thursday – the day before the one Friday of each month when staff get to leave at 4pm.

Those that haven’t inflicted too much punishment on their digestive systems the previous evening can also enjoy the agency’s regular Friday afternoon treat of free chocolate and sweets.

All-year-round access to health and wellbeing initiatives is the overall aim of Proximity’s offering to its staff. Beyond the free flu jabs and the availability of private healthcare appointments during working hours at discounted prices, there are quarterly themed wellbeing initiatives covering a range of topics from mental health to mindfulness. There’s even laughter therapy!

The agency also aims to be there for its staff when it comes to more practical matters. Employees are offered enhanced pension packages from the outset and are given free access to private financial advisors to discuss any aspect of their personal finances.

You won’t find a holiday form or a timesheet at the7stars. And nobody has a job title. It’s all because of the founders’ philosophy that good community spirit is the bedrock on which a successful agency is built, resulting in a place where staff can grow their careers and have fun while doing so. Starters are assigned a "buddy" who guides them through their first month at the agency.

Karmarama’s philosophy is to do as you would be done by and that doing right by its people will be rewarded with commercial success. New parents allowed home for bath time, tea and cakes twice a week and pet dogs permitted in the office to relieve staff stress are among the perks on offer. Each year a creative team has the chance to work at Karmarama’s "sister" agency in Sydney for a month.

One way in which Radley Yeldar seeks to keep its staff content is not having them keep their problems to themselves. It was a key factor in the establishment of its Culture Club, a platform where people can raise difficult issues with a guarantee that these will be discussed at board level. A dog-friendly workspace, a rooftop that doubles as a gym and bar, and lunchtime yoga are among other offerings.

During what could have been a nervy and unsettling time for its workforce, The Specialist Works chose to set aside £2.5m to reward staff for their loyalty as the agency’s leadership team completed a management buy-out. A prize draw to win a holiday for every staffer who raises money for charity aims to reward the agency’s unsung heroes.