Free gym membership, an unlimited holiday allowance, share options, flexible working, an all-embracing approach to wellness or the joy of an office dog? What makes a company a place you really want to go to work?

Once upon a time, work perks were about table football and a fridge full of free Friday beers. Today, it’s more likely to be about gaining recognition for a job well done, flexible working and access to wellbeing programmes.

The benefits offered by agencies and marketing departments that made the grade for Campaign’s Best Places to Work 2020 paint an idyllic image of work-life balance perfection: from lunch hours spent paddle boarding on a private beach, to gallery visits, barbecues, mindfulness workshops, yoga classes and team ski trips.

However, according to mental-health charity Mind, issues such as stress and depression are common in every workplace. The charity’s survey of almost 44,000 employees found that more than 70% of employees have experienced mental health problems, while more than half are affected by poor mental health in their current workplace.

So, what makes a good place to work? Emma Mamo, Mind’s head of workplace wellbeing, says: "It’s worth looking at what wellbeing initiatives prospective employers offer, rather than just things like salary, annual leave and pensions."

According to Mamo, employers developing a proactive approach to mental health at work, for example by signing the Time to Change pledge or taking part in Mind’s Workplace Wellbeing Index, are a good start.

Mamo points out that while frequently cited causes of stress and poor mental health at work include tight deadlines, excessive workload and long hours, all factors familiar to those who work in advertising, "fortunately, employers are beginning to prioritise investing in staff wellbeing".

It’s becoming more common for employers to offer flexible working, access to employee assistance programmes and subsidised exercise classes. Within the best places to work listed here, 92% of employees said the leaders of their organisation care about employees’ wellbeing, while 84% said they were getting enough recognition for work well done, with 86% saying their place of work offers formal employee recognition and appreciation schemes.

Generally, the smaller the business, the higher it scored in areas of supervisor relationships and working environment. This was especially true when it came to being able to express honest opinions without the fear of negative consequences: 91% of employees among the smaller firms felt able to do this, but it dropped to 85% among large employers.

It’s also important, particularly if teams are regularly exposed to potentially stressful situations, Mamo explains, "to allow staff the space to debrief and relax, for example through reflective practice sessions, guided meditation or massage".  She adds: "Above all, it’s about creating an open supportive culture in which all staff can thrive."

In the results presented here, 95% of employees in smaller organisations reported they like the work they do, dropping to 91% for large companies. The only dark spot on the horizon was pay. Just 61% of employees in larger companies believed their pay was fair, while at smaller ones it was 76%. So perhaps hard cash is still an enticing benefit.

Get that Friday feeling

Flexible working, fitness and mental wellbeing are all high on the shopping list of employees when seeking the best places to work. At the top agencies listed here, 92% of survey respondents are offered fitness and wellness programmes, with 49% getting gym membership, and paid sabbaticals for a quarter. Almost 90% say they can work from home.

Yet the advertising, marketing and PR industries fall behind the national standard in offering flexible working, according to The Flexible Jobs Index, an annual survey by consultancy Timewise. It analysed five million UK job ads and found that 15% of vacancies overall had flexible working options, compared with just 12% in advertising, marketing and PR.

The figure may be up from 9% last year, but it still fails to meet the high demand for flexible jobs in the UK, where 87% of employees want them.

"All the data shows that flexibility is now just as important to candidates as salary," Karen Mattison, co-founder of Timewise, says. "If you lead with flexibility as well as things like salary, you’re tapping into people who otherwise might not be active candidates."

Many employers may also believe only mothers want flexibility, Mattison adds. However, Timewise’s research shows "men want it just as much, and younger workers want it the most".

Flexible working hit the headlines last year when Publicis Media UK found its Starcom office "noticeably empty" on Fridays. Staff were warned that should Friday attendance not improve, flexible working could be stopped. Sue Frogley, UK chief executive of Publicis Media, said: "While we understand Friday is a common day to work flexibly, we want to bring back the ‘Friday feeling’ in the office." She stressed that Publicis would not be removing flexible working.

Who let the dogs in? 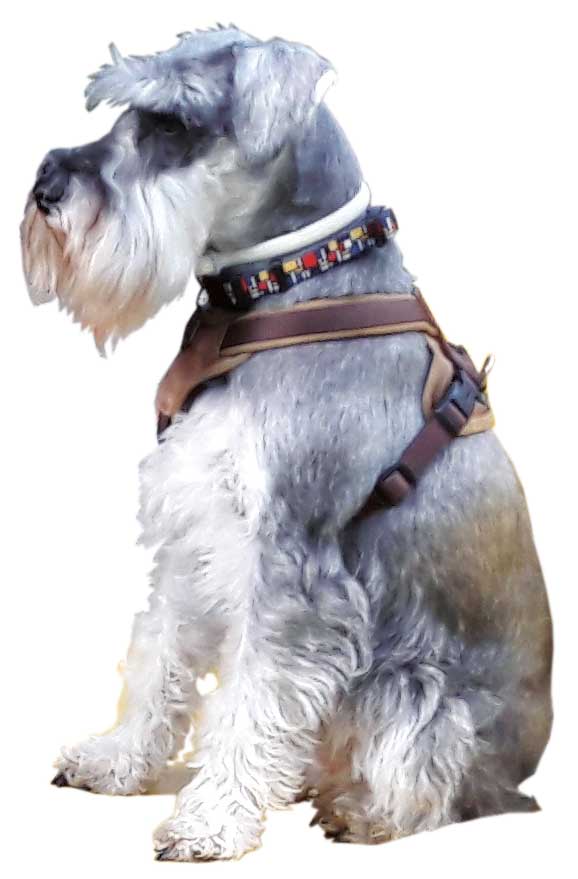 With more than a third of the companies on Campaign’s 2020 Best Places to Work list indicating they either allow employees to bring their own dog to work or have an office dog, it’s clear that the idea that canines can help relieve stress at work and improve efficiency is a popular one. Credited with being an icebreaker and increasing the amount of exercise employees do, thus creating a healthier workforce,  the idea is gaining ground. It is backed by initiatives such as #bringyourdogto-workday. Started in 2014 by pet care brand Hownd and charity All Dogs Matter, each year thousands of people take to social media to share workplace "pooch selfies".

Another example is Pets as Therapy, launched in 1983. It takes dogs into care homes, prisons, schools and hospitals, all potentially areas of high stress. The leap to include workplaces is not too great a bound.

"People might open up and share things with the dog. The dog is a non-judgemental listener. It gives magic back to you that reduces stress levels and we have so many testimonials saying it works," Matthew Robinson, Pets as Therapy national volunteer and events manager, says.

A range of large companies are getting on board with dogs at work, giving employees a reason to go for a walk and escape for a while to reduce stress levels. As  Robinson points out: "if someone is struggling due to stress and anxiety, they’re not going to be creative, but if they can have a dog with them, it can reduce stress."

Of course, before having a dog in the office, workplaces are advised to carry out due diligence to make sure no employees are phobic or allergic to them. But, really, who wouldn’t want to have their best friend alongside them all day?

Campaign’s Best Places to Work celebrates employers who have proved they know what it takes to create environments where people love to come to work. Identifying and recognising these outstanding workplaces is a joint effort by Campaign and Best Companies Group. The programme is open to all publicly or privately held organisations within the ad agency, adtech, media, and marketing industries. To be eligible for consideration, organisations must have at least 15 employees working in the UK.

The survey process was managed by Best Companies Group (BCG), an independent workplace excellence research firm, which managed the registration process, conducted the two-part survey process, evaluated the data and, ultimately, selected the employers that were good enough to make the list.

While the survey process and evaluation was free, participating organisations have the option to purchase the BCG Employee Feedback Report, which summarises the employee data collected through the survey process. In addition to the employee opinion data, the report also includes transcribed employee written comments, as well as benchmarking data from the winning and non-winning organisations. This report aims to help each company understand their workforce better, and equip them with the information to make improvements.

Campaigns for Good Awards: Agency of the Year revealed