Hawaiian brothers Brian and Rusty Keaulana took a big risk when they rode the waves in the Guinness 'Surfer' commercial, but the rewards were epic.

Brian: That was one of the best films that we did surfing together. The agency contacted me with the idea. We told the film crew to come during a certain month. With the weather satellites we can see swells coming 10 days in advance. But we also use a lot of ancient knowledge mixed with the technical side.

Our father (Buffalo Keaulana), a surfing pioneer, taught us at a really young age how to read the ocean. We look for currents, colour changes in the water, storms that generate swells, those kind of things. Both my brother and I could swim before we could walk. My father took me surfing when I was three months old.

The biggest character in the Guinness ad was the surf – it was 50 feet high. I saw my life go by. It was one of the biggest waves in the world that I have ever caught and they caught it on camera. The waves can get really, really big – up to 100 feet high – but it’s a rare sight when it gets that big. We usually get 50-foot waves 10 times a year.

Rusty: That was one of the craziest commercials I ever did in my life. It was the biggest tube I ever got, being filmed on a jet boat with a camera. I was just stoked about it. The shots are done with giant cameras and giant waves. We didn’t have GoPros – I was on a 12-foot longboard, pulling a big camera. I was putting my life on the line when I was in the barrel, but then I went over the top and wiped out. I was riding a big board, and it was a big wave. The camera on my board weighed 40 or 50 pounds. The whole weight of the board was right at the front. It was craziness – the worst wipeout I’ve ever had.

The biggest character in the Guinness ad was the surf – it was 50 feet high. I saw my life go by

Brian: We have to wait for the right wave – it’s a safety versus risk situation. When we’re out there, we look out for one another. The boards that we use are mostly old style. We need our jet-ski rescue team. We need guys right there who can save you.

Rusty: We had jet skis and a jet boat out there in the big surf. Most of that was our team of cinematographers. We took John [director Jonathan Glazer] and his photographer, who was also from England, out to the giant waves. He was really nervous at first, but we kept it safe for the guys. 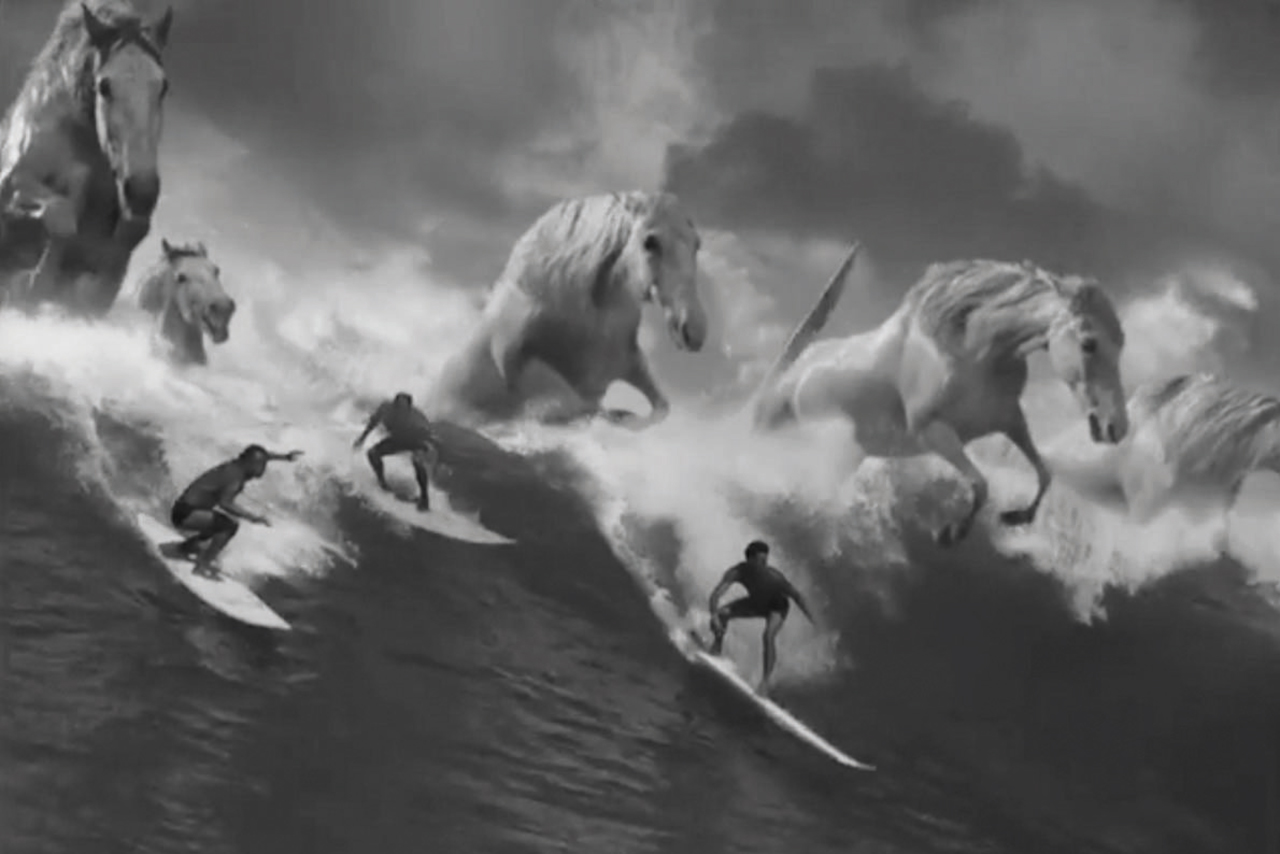 I work in the film industry a lot – doing stunts in films and also training people in ocean risk management. To deal with fear, you need to educate yourself – the more knowledge you have, the less fear you have. But when people come to the ocean they assume things. Go to a lifeguard and ask them questions, such as where can I swim? Our cousin (Jason Momoa) is the actor in Aquaman. I got him into the film industry. That’s his favourite beer – he only drinks Guinness.

The advertising that shaped my career: the rebirth of Guinness