One of the Lucky Generals designers, Rakeem Russell, apparently always claims that he is within the top three members of staff at everything: from football and dancing, to design and being the best looking. So the agency felt they couldn't make an ad full of celebrities without their very own superstar in it: he makes an appearance as "Brandon", seen on the Amazon Alexa Super Bowl ad, whom Sir Anthony Hopkins explains is 'a little tied up' before offering his help to Jessica in the spot.

Aimee Luther, the former managing director of BMB, has put her house on the market. Not much interesting in that but the property has made the headlines for being the narrowest house outside London's Zone One to come on the market with a £1m price tag. The three-storey property in Battersea is only 7 foot 7 inches wide and was built on what was once an access route to stables. Luther paid £837,500 for it in 2014, reports the London Evening Standard, so could be a nice little earner if she can find someone thin enough to buy it.

Creative agency Nice and Serious came up with a novel way to take action on gender equality. Its survey to find out what women were (and weren't) looking for in an employer elicited some humorous responses, which it brought to life through a zine and some stickers and badges. Campaign particularly likes the ones that call out "willy-waving" and daft language seen in job ads asking for "ninjas" or "kick-ass coders". 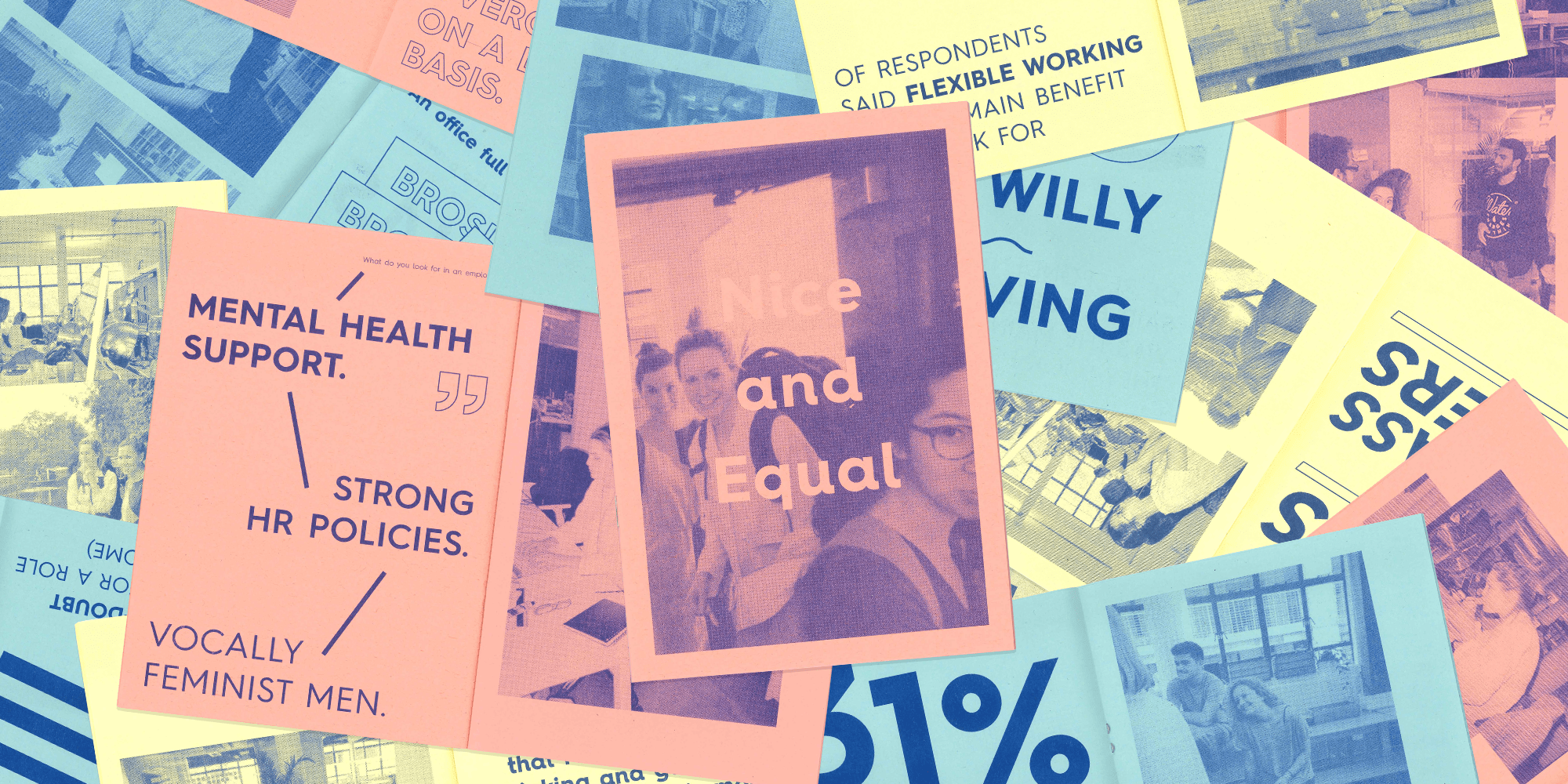