Microsoft is aiming to buy TikTok's entire global business, according to a report in the Financial Times. The company confirmed on Sunday that it is in talks with ByteDance, the Chinese owner of TikTok, to acquire the platform in the US, Canada, Australia and New Zealand. However, since then, Microsoft has also reportedly set its sights on a deal that would encompass all of the countries in which TikTok operates, including the UK, Europe and India. Our sources have since played down this possibility, however.

The news comes as US president Donald Trump has signed two executive orders that would prevent US firms from doing business with TikTok and messaging platform WeChat, as he claims that the Chinese apps are a threat to national security. The ban would come into place by 15 September.

TikTok had been considering setting up its international headquarters in London, but those plans have been thrown into doubt as tensions mount between the company and the US government.

The number of marketing jobs being advertised in the UK in July was down by more than two-thirds (69.2%) on the same month last year, according to job market data from CV-Library.

But, as with other recent data, such as last week's AA/Warc Expenditure Report, there is reason for optimism – vacancies grew 28.4% month on month, suggesting the market is starting to recover from the initial hit of the pandemic.

At the same time, though, the number of applications for each vacancy has more than tripled (a 243.2% increase) since last year, creating a tough environment for marketers who have lost their jobs or are looking for a new opportunity.

4.45pm: Even better than the reel thing? Latest Instagram feature takes on TikTok 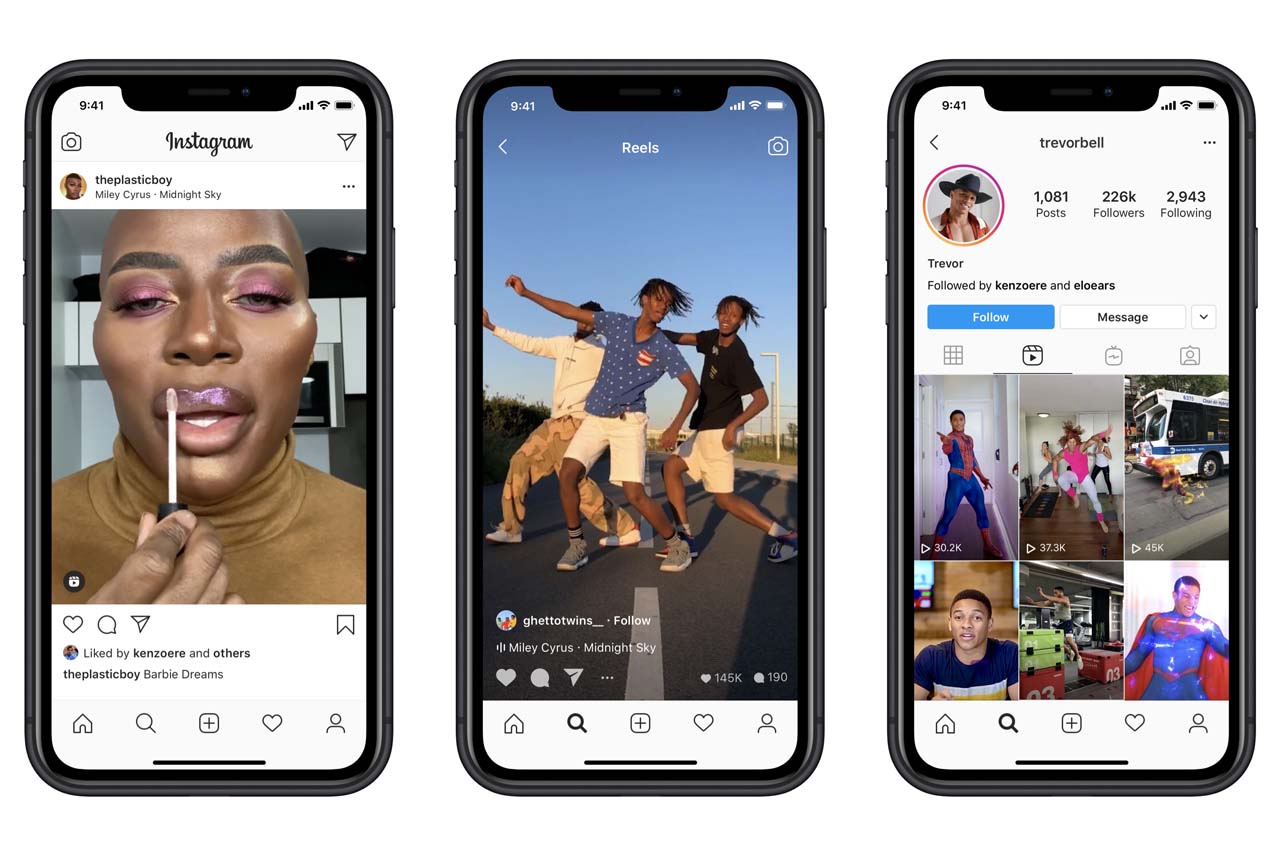 Instagram has introduced its latest feature to the US and UK markets, Instagram Reels - widely seen as an attempt to take on TikTok at its own game.

Reels was first tested in Brazil in late 2019 and has since been launched in several other countries. It allows users to create short videos with added soundtracks and various other features that can be shared on a user's feed as well as a new section, Explore.

Instagram has frequently been accused of mimicking rival platforms such as Snapchat, when introducing product features such as Stories.

10.30am: Nike faced objections to latest ad from black employees

Nike launched its latest spot, "You can't stop us", last week – but a number of the brand's black employees wanted it to take a different approach to its comms, according to a story in the Financial Times.

The ad, created by Wieden & Kennedy Portland, is narrated by US soccer captain Megan Rapinoe and uses a split screen with athletes from different sports appearing to cross the dividing line.

A group of black employees wanted the business to "publicly acknowledge the company's own internal shortcomings on equality before promoting the ideal to consumers", sources told the FT. They added that management had taken their concerns on board but decided against following their recommendations.

Diageo's marketing spend in the financial year ending in June was down 10% year-on-year to £1.84bn, according to the annual results of the drinks giant.

Over the year, Diageo's rate of investment in advertising and promotion - meaning its A&P spend as a share of sales - was 15.7%. But in the final quarter, April to June, it cut this rate by 4 percentage points because of falling demand, as bars and restaurants were forced to close in countries across the world.

Net sales at the maker of Johnnie Walker and Smirnoff fell organically by 8% to £11.75bn across the financial year. Sales volumes fell 11% organically, while Diageo's operating profit before exceptional items was down 14% organically to £3.49bn.

Diageo added it would increase marketing investment as demand recovered in the coming months, but declined to comment on the expected timetable for this or where it would direct additional spending.

Transport for London has launched an iPhone app designed to help travellers returning to the capital's workplaces and visiting attractions as Covid-19 restrictions ease.

Additionally, the app will feature a new mobile-friendly Tube map to help customers plan journeys when they are underground via the free Wi-Fi available at most stations.

An Android version will be made available in the autumn.

Vernon Everitt, managing director of customers, communication and technology at TfL, said: "This new app will help support our customers and London's recovery from the pandemic as more people return to public transport."

10am: Eat Out to Help Out launches today

McDonald's, Burger King, KFC, Nando's, Pizza Express and Zizzi are among some of the restaurant chains taking part in the government's Eat Out to Help Out scheme, which kicks off today.

Customers will be given 50% off food and non-alcoholic drinks up to a maximum discount of £10 per head between 3 and 31 August.

Businesses are able to claim the discounted amount back from the government and will receive the funds within five working days.

The NHS has launched a new ad campaign encouraging people to get tested for coronavirus. "Let's get back" was created by MullenLowe and is set to the track of the same name by London-based artist Rainman.

Focusing on the activities and pastimes that have been on hold since the beginning of the coronavirus outbreak, the campaign stresses that a key step in helping us resume normal life is for people to get tested when they experience any symptoms – which include a high temperature, new continuous cough, or the loss or change to your sense of smell or taste.

The TV ad aired for the first time last night and will be supported by radio, print, out of home, social and digital display throughout August, with a phased focus on different sectors that people want to "get back" to, such as holidays, sport, retail and hair and beauty.

10.30am: P&G enjoys boost to sales and profit from increased demand for hygiene products

Procter & Gamble grew organic sales 6% between April and June – the final quarter of its financial year – thanks to increased demand for fabric and home-care products, as consumers in many countries were confined to their homes and keen to reduce the chance of infection.

That segment of the business saw organic sales grow 14%, while organic volumes were up 8% – meaning almost half the sales growth came from consumers upgrading to more premium products.

Over the whole financial year, P&G’s sales were up 5% to $71bn (£54.1bn), while net earnings more than tripled from $3.9bn to $13bn – although last year’s figure was suppressed by the company writing down the “goodwill” value of its Gillette business by $8bn.

“We step changed consumer communication, leveraging educational TV advertising, which delivered an immediate lift to the category in our brands by showing consumers more ways to use our products,” he said. “We elevated in-store execution, with additional navigational and educational signage, to help the consumer choose the product that was right for them.”

Sky’s ad revenue declined 41.2% to $321m (£240m) over the three months ended 30 June, in what its chief executive Jeremy Darroch described as a “tough macro environment for advertising”.

The business, which is owned by Comcast, said that the fall was “primarily due to overall market weakness”, which was “worsened” by the coronavirus outbreak and an “unfavorable impact” from the changes in gambling ads in the UK and Italy.