The IPA has welcomed Facebook's announcement that it will not pass on the cost of the 2% UK Digital Services Tax to advertisers, in a break with Google and Amazon.

Nigel Gwilliam, director of media affairs at the IPA, said: “As well as inflating advertiser cost, Google’s decision will cause agencies significant logistical headaches, both in campaign budget terms and in inter-platform/media owner effectiveness comparisons, at a time when they are already battling Covid-related pressures.

"We very much welcome Facebook’s decision not to follow suit and to absorb this temporary UK tax while a global, permanent solution is found.”

On Tuesday, Google wrote to thousands of advertisers to inform them that a 2% charge would be added to invoices for ads served in the UK. Amazon announced earlier this year that the 2% levy would be paid for with a 2% additional charge to UK sellers.

09.20am Brands return to cinemas as box office figures rise

Advertisers are returning to cinema as Christopher Nolan’s latest action-epic Tenet grosses £5.3m at the UK box office, boosting admissions to a high for 2020.

In July, cinema visits reached more than 700,000 in a week for the first time since lockdown, with advertisers across ecommerce, finance, government, social, political and telecoms returning to the big screen.

“The opening numbers for Tenet are a huge milestone for advertisers keen to make a bold return to cinema, underlying the continued appeal of being captivated by great stories on the big screen in an immersive, distraction-free environment,” Karen Stacey, chief executive of Digital Cinema Media, said.

“As the UK public gets back to the things they love, whether it’s the 64 million discounted meals ordered through the government’s Eat out to Help Out scheme, or the hundreds of thousands of cinema tickets being sold weekly, we are helping to build consumer confidence in returning safely to these shared experiences that we’ve all missed so much.”

Post lockdown has also brought a change in cinema-going habits, with midweek attendance on the rise and younger people expected to drive a return to growth throughout the industry, in light of a drop-off from cinema’s older audience during the pandemic.

Kathryn Jacob, CEO of Pearl & Dean, added: “Advertisers should feel encouraged and excited to start reaching audiences again through this most-loved of mediums – and there are many more exciting films yet to open this year. Watch this space.”

A West Sussex consultancy is running a competition for SMEs to win professional marketing advice.

To enter the contest, businesses have to showcase their ambitions in fewer than 150 words. Work will begin to help the winning businesses on 1 October.

Chris Thornhill, co-founder and chief executive of Growth Animals, said: “We’re tired of the negativity circulating in the business world right now and wanted to prove that even during a pandemic, people shouldn’t be afraid to start a new business or to invest in marketing.

"People may think we’ve lost our marbles, but we’re determined to prove, through our competition, that there’s never been a more important time to invest for growth, through quality and professional marketing advice.”

10.55am: NHS campaign aims to recruit 50,000 households for coronavirus study

The NHS and University College London have launched a campaign to recruit households to take part in Virus Watch, a study aimed at informing future government, public health and NHS reponses to Covid-19.

The study is looking to recruit 50,000 households, representing every type of community in the UK. The research is being led by UCL's Professor Rob Aldridge, whose team first identified the disproportionate effect of Covid-19 on BAME groups.

The NHS and UCL are promoting the study with a campaign, created by Homebrew, running on Facebook and on TfL and Network Rail digital sites, featuring a series of provocative questions on the concerns people have and that the study is designed to address, such as "How sick will I get if I catch it?" and "Why do some people die?"

The campaign was created by Tony Linkson, Aimee Lewis and Antoine Minczeles. The production company is Duck Thunder, and the directors and illustrators are Simon Williams and Scott Pickup.

MSQ has completed the acquisition of Be Heard Partnership. Be Heard, which is valued by the deal at £20.6m, will also be delisted from the London Stock Exchange. To mark the occasion, MSQ announced a plan for the business to be net carbon negative from early next year.

Ben Rudman, former chief operating officer of Be Heard and now executive director of MSQ, said: “Culturally and strategically the businesses are a great fit, with strong agencies that come together in a multi-disciplinary offering. I’m confident that our agencies will thrive under private ownership in an enlarged group with complementary skills.

“We have a number of group-wide initiatives under way already, one of which is achieving net carbon neutral status by early next year. We believe it is the right thing to do and work has started across the agencies to make it a reality.”

MSQ acquired three of Be Heard's agencies – MMT Digital, Freemavens and Agenda21 – but the deal did not include The Corner, which has been sold back to its management. The three outfits join MSQ's existing agencies, which include The Gate, Walk-In Media, Twentysix and Stack. The combined company has 785 staff across the UK, the US and Asia. MSQ said its intention is that all its London-based agencies will share a new office from the middle of next year.

Netflix has launched a sample feature that allows non-subscribers to watch select films and TV shows from the online platform for free, in a bid to encourage more people to give in to their binge-watching temptations.

Netflix Watch Free, which is currently restricted to web browsers, includes the first episodes of Stranger Things, crime miniseries When They See Us and reality drama Love Is Blind (you know, the one where a woman shares a glass of wine with her dog).

Of course, it’s never as easy as free television – each show and film is prefaced with a 30-second ad for Netflix and ends with a prompt for viewers to join the service to binge-watch “everything on Netflix that everyone’s talking about”.

“We’re looking at different marketing promotions to attract new members and give them a great Netflix experience,” a spokesperson for the brand said.

This comes after Netflix experienced more than double the volume of subscribers it was expecting in the first quarter of the year.

2pm: JCDecaux ties up with British Journal of Photography for exhibition 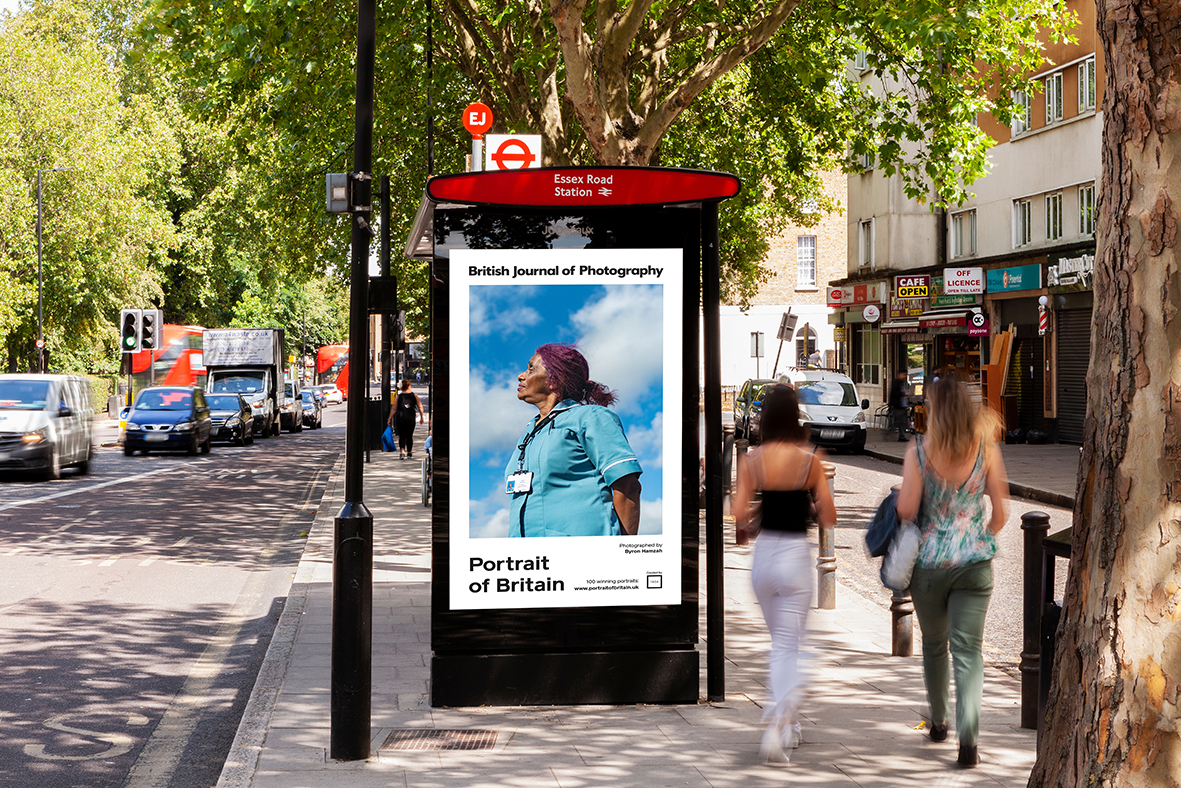 JCDecaux UK has partnered the British Journal of Photography to launch a nationwide exhibition of 100 portraits celebrating the many faces of modern Britain.

"Portrait of Britain", now in its fifth year, will run throughout September and has been extended to October for the first time in support of Black History Month.

JCDecaux said it will also be a first for the campaign to be displayed programmatically, which will help it broadcast images at certain times and locations. For example, images showing NHS workers will be more prominent on World Patient Care Day on 17 September.

11.10am: Zuckerberg admits Facebook "too slow" to remove Kenosha event

Mark Zuckerberg has admitted Facebook was too slow to remove an event listing that encouraged people in the US to take up arms and "defend" Kenosha in Wisconsin.

The event "Armed Citizens to Protect Our Lives and Property" and the Facebook page, "Kenosha Guard," were removed after two people were killed in a shooting last week. Kyle Rittenhouse, 17, has been charged with murder.

In a video posted on Facebook on Friday, Zuckerberg said the page and the event violated the company's policies and should have been removed sooner. He added there was no evidence of Rittenhouse following that page or being invited to the event.

He added: "The contractors, the reviewers who the initial complaints were funneled to, didn't, basically, didn't pick this up... And on second review, doing it more sensitively, the team that's responsible for dangerous organisations recognized that this violated the policies and we took it down."

Protests broke out in the Wisconsin town last week after Jacob Blake, a 29-year-old African American man, was shot seven times by police in the back. It is the latest wave in an eruption of protests this year in the US and internationally against police brutality and racism.

Yesterday President Trump defended Rittenhouse and claimed, without evidence, that the accused killer was acting in "self defence". It is extremely unusual for a US president to defend the actions of an accused murderer.

Global has launched a new product today which aims to give outdoor advertisers greater flexibility with bus ad campaigns amid a climate of pandemic uncertainty this autumn.

"Fast Flex" will enable brands to post national or local bus ad campaigns within 72 hours of booking and remove them within 48 hours if required should there be further pandemic lockdowns.

Global, which bought Exterion Media, Primesight and Outdoor Plus in 2018, said it devised Fast Flex in response to client feedback during the coronavirus crisis. The company says dynamic bus campaigns booked with Fast Flex can be both reactive and topical for the first time.

Zoom reported revenues more than quadrupled during the summer months as people and businesses adapted to social distancing measures because of the pandemic.

The video chat service's secondquarter revenue was $644m (£473m), up 355% compared to the same May-July period last year, while the Zoom reported a 458% growth in business accounts for companies with more than 10 employees.

It was also able to report ExxonMobile, Activision Blizzard and ServiceNow among its major new customers. Its number of large customers also increased, with 988 customers paying over $100,000 within 12 months - up from 769 in Q1.