We've made #AnotherBlueDrink so obviously we've made another advert with Duncan from Blue. Another fifty quid well spent. pic.twitter.com/jaqh1qGIPc

Innocent Drinks has enlisted former Blue heartthrob Duncan James to launch its latest smoothie, and you’ll never guess what colour it is.

The social ad shows Duncan as he agonises over which of Innocent’s two blue drinks are which (spoiler: neither of them is really that blue at all).

This comes after the brand’s Bolt From The Blue drink sparked controversy among the masses last year for not being blue, prompting Innocent to create its very own Blue Cafe – which, in all fairness, was definitely blue.

Anna Clare, head of digital and blue stuff at Innocent Drinks, said: “Duncan might not be able to tell our two blue drinks apart, but they’re massively different. They’re both blue.”

Life could have been much easier if Innocent had accepted its "blue" drinks were green, but sorry seems to be the hardest word.

The ad was written by Anna Clare, James Imi and John Thornton in Innocent's in-house social team, and produced by Electric Robin.

DMG Media, which publishes the Daily Mail, Mail on Sunday, MailOnline, the i and Metro, is cutting as many as 100 jobs in response to the brutal business environment for news publishers.
The company is planning changes including ending publication of the Mail on Sunday's Event magazine as a standalone product.
It follows major job cuts at the Evening Standard and Guardian Media Group.
DMG Media had opted against furloughing any staff at the start of lockdown, instead introducing a salary sacrifice for shares scheme, which it ended in July. Its print advertising revenues fell more than two thirds (69%) in the three months to the end of June, while total ad revenue was down almost half in April and May.

An emergency theatre community fund set up by the cast of Fleabag – including Phoebe Waller-Bridge and Olivia Colman – is set to receive a £500,000 donation from Amazon Prime in a move described by the pair as a "game-changer".

According to the BBC, Amazon Prime is also donating £1m to a new grants scheme being set up by the Film & TV Charity, with pledges towards those involved in theatre, TV and film production across Europe reaching a total of $6m (£4.6m).

"The creative community in Europe has been vital to our success in producing high-quality Amazon original TV series and movies," Jennifer Salke, head of Amazon Studios, said. "It is essential for us to help that community through this pandemic."

Amazon founder Jeff Bezos – the wealthiest man in the world – added $13bn (£10bn) to his personal fortune in a single day last month, bringing his wealth to a staggering $189bn (£144bn), The Guardian has reported. 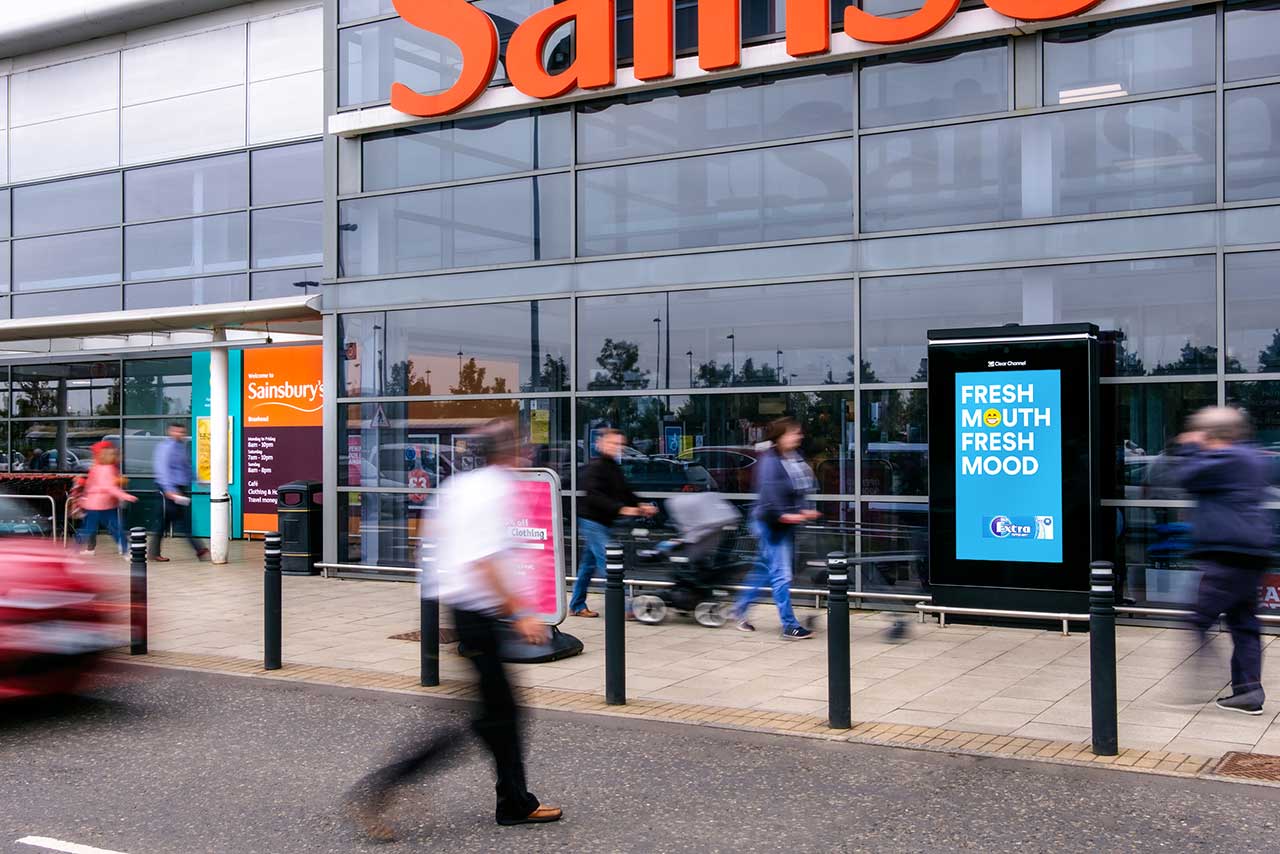 Mask wearers should freshen their potentially stale "mask breath", according to Mars Wrigley's Extra, which is running a campaign reminding people to "Mask your mask breath".

The out-of-home ads, also bearing lines such as "Gum in, mask on" and "Fr*sh off, boredom", were developed by Straight Forward and written by Nigel Roberts.

Media, including 100 screens outside Sainsbury's stores during August, as well as bus shelters across London and beyond, was handled by MediaCom.

Mike Foster, founder and creative director at Straight Forward, said: "Now, more than ever, it's important to be on message, relevant and to emotionally connect with customers – we think the Extra campaign has all that." 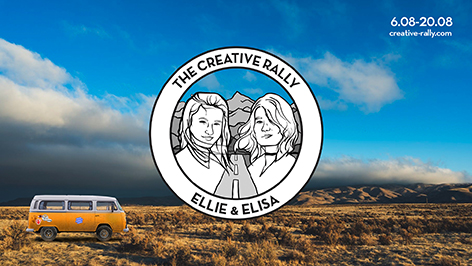 Prospective creatives Ellie Daghlian and Elisa Czerwenka have embarked on a 14-day virtual placement tour in a bid to get their feet through the door of the ad industry.

Their placement tour, entitled “The creative rally”, ends on 20 August, although the two are yet to sort out a placement in Antarctica, which would mean they had secured creative work on all seven continents.

Daghlian and Czerwenka, said: “We can’t believe the response that we’ve had. Everyone has been so kind and helpful. It’s been overwhelming. We still need to figure out Antarctica. But we’ve got a couple of ideas.” 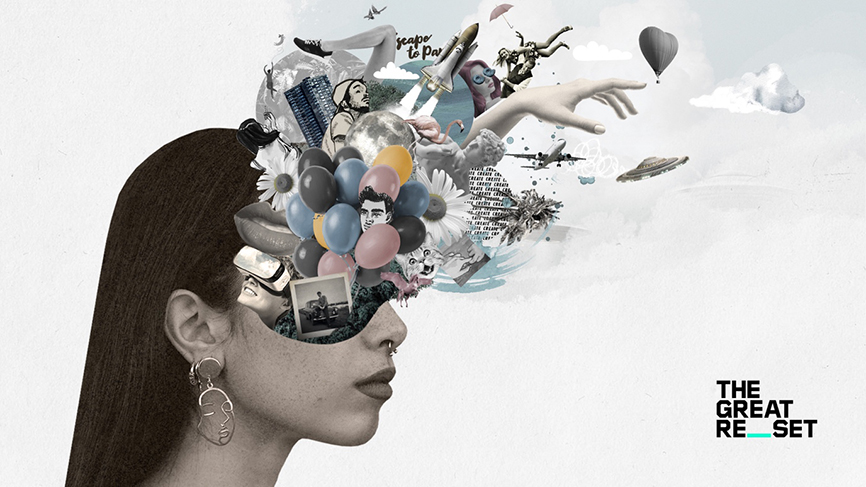 Climate-change network The Purpose Disruptors has unveiled a creative brief that calls on the creative industry to adopt more environmentally positive behaviours.

More than 170 industry professionals have signed up to the initiative, which will be judged by D&AD’s 200-person New Blood Academy.

This comes alongside a “media hamper”, which showcases the opportunities secured for winning work including space in Mail Metro Media and The Independent and on Global Radio, as well as a takeover of the Stylist website, outdoor space provided by Clear Channel and digital space from WeTransfer.

Lisa Merrick, co-founder of The Purpose Disruptors, said: “Organisations like Iris, BBH, Mindshare and D&AD are stepping up to meet the wishes of the UK population and the needs of our planet at this moment. We welcome other progressive individuals and organisations to join them.”

2pm: Getting Covid response wrong is potentially ruinous for brands

It's intuitively true, but a new study has laid bare how crucial it is for businesses to get their response right to the coronavirus pandemic. Customer engagement platform Braze polled 2,000 UK shoppers, and found the vast majority, 94%, said that they would switch away from a brand or company if they didn’t agree with their response to either employees or customers during the pandemic.

This is not just hypothetical either – six in 10 (61%) said they had already ditched a brand because they had heard or seen something they didn't like, and this rises to almost nine in 10 (86%) of Gen Z shoppers. The most common reasons given for dropping a brand included bad or abusive customer service (cited by 28% of respondents), mistreating employees (27%), how its products are made (21%) and polluting or damaging the environment (20%).

TBWA\Dublin has created a parody ad in response to the Advertising Standards Authority for Ireland's decision to pull Tampax's "Tampons & tea" ad on the grounds of "widespread offence".

The tongue-in-cheek spot promotes "Irish Lady Products" and comes with warnings that the product may cause "pearl clutching" and "disapproving glances".

"Tampons & tea" – which showed women giving instructions on the correct way to insert a tampon and was made by Saatchi & Saatchi New York – received 84 complaints before being pulled by the ASAI.

Blaise Hoban, copywriter at TBWA\Dublin, said: "The team felt we needed to take a strong position and add our voices to the discussion – both as members of the Irish advertising community and as a collective committed to gender equality."

9.30am: Samaritans focuses on men in mental-health push

Samaritans has launched the second iteration of its "Real people, real stories" campaign to highlight the impact of the coronavirus pandemic on mental health in men.

Created by Mother, the work shows real people – Jon, Matt and Steve – as they discuss the importance of seeking help when life gets tough.

Launching today across BT and Sky Sports alongside digital and out-of-home activity, media was handled by Goodstuff Communications.

A survey from Samaritans found that 42% of almost 2,000 men aged 18 to 59 felt that lockdown had a negative impact on their mental health, while 40% said talking to others helped with their concerns.

Paul McDonald, executive director of external affairs at Samaritans, said: "At Samaritans, we know that less well-off, middle-aged men have remained the highest-risk group for suicide in the UK for decades and that the restrictions put in place during lockdown such as isolation and disconnection will have exacerbated problems for these men.

"We know that sharing stories of recovery does encourage men to seek help, so we hope that our 'Real people, real stories' campaign can help other men to see that they can do it too and know that Samaritans is always there when they want to talk."

Microsoft has so far been seen as the leading contender to acquire TikTok's American business – a move demanded by President Donald Trump if the Chinese-owned platform wants to keep operating in the US. But according to a story in The Wall Street Journal, Twitter is also a potential bidder and has held talks with TikTok.

Such a move would be interesting because of the often-noted similarity between the culture of TikTok and Vine, the short-form video platform acquired by Twitter in 2013 and shut down three years later. Vine's co-founder Dom Hofmann went on to create Byte, now a competitor to TikTok.

The Microsoft deal was originally reported to include TikTok's operations in the US, Canada, Australia and New Zealand, although it was later reported Microsoft was also considering a bid for the entire business outside China. Twitter's bid would cover only the US, however, according to the WSJ.

Time Out London has published its summer edition – the magazine's first issue since lockdown – in tribute to late founder Tony Elliot, who died last month.

As well as reverting to its original logo for the first time since shifting to "Time In", the edition will include tributes from Elliottt's family and friends, including Sir Richard Branson, Dame Anna Wintour and Peter Tatchell.

Time Out's summer edition also includes a "Love Local" section, which celebrates local venues as well as insight from local "heroes" across the city, and a "Time In" section, which focuses on streaming and films to watch at home during the pandemic.

Joseph Mackertich, editor of Time Out London, said: "We have deeply missed creating our lovely, physical magazine. This special edition is in honour of Time Out's late founder, Tony Elliott, who dedicated his life to opening up the world's cities to locals and visitors."