Releasing its Christmas ad on YouTube and Facebook early has paid dividends for John Lewis, which finds itself at the top of the chart with more than 183,000 shares this week.

Since hitting the web, "the long wait" has been mentioned in 192,000 Facebook updates, 10,000 tweets and 190 blog posts. Most of these have been in English, but Portuguese, Spanish and Danish people also picked up on it. 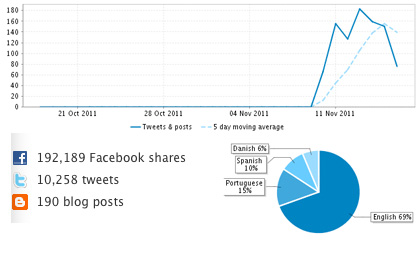 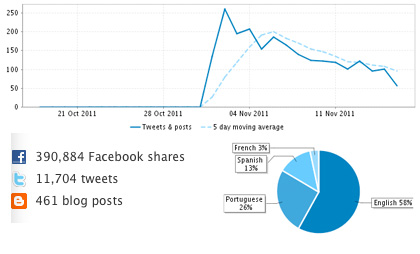 Campaign of the Year: John Lewis