An ad in support of same-sex marriages in Australia, which has been shared a total 863,491 times in the past seven days, tops this week's chart.

An ad for Nando's in South Africa, depicting Robert Mugabe as "the last dictator standing", has taken fifth place with 50,795 – more than tripling its all-time total to 70,822 shares.

The chart, produced in conjunction with Unruly, ranks ads according to the number of times they have been shared on Facebook, Twitter and the blogosphere during the past seven days. 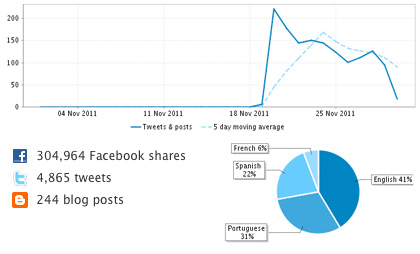