All of the guests at the BSME Awards dinner voted to decide the winning cover, which was the November 2018 edition of Campaign.

Scott was also highly commended for B2B Art Director of the Year. 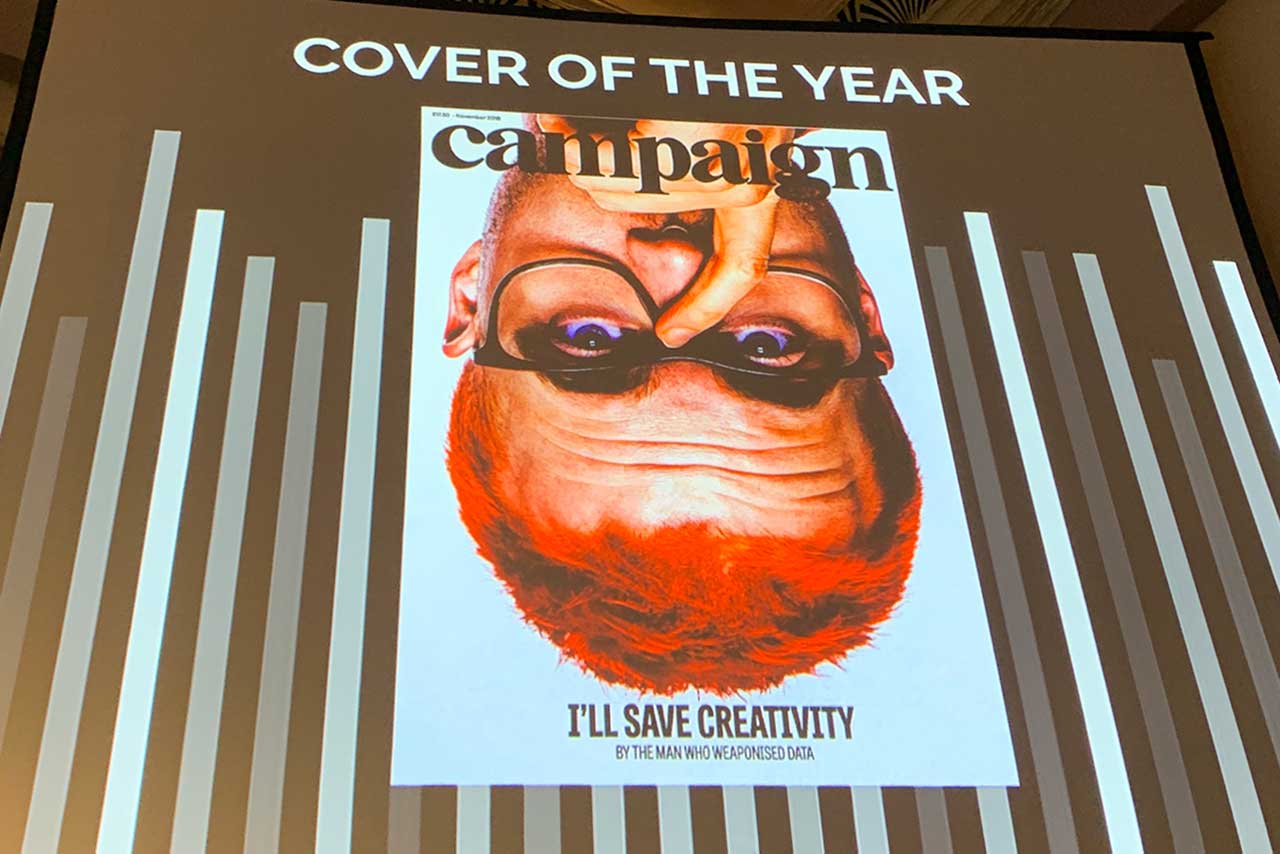 It follows Scott's win for Art Director of the Year earlier this year at the PPA Awards for his work on redesigning Campaign for its 50th anniversary.

Campaign journalists were shortlisted for two other BSMEs.

Claire Beale, global editor-in-chief, was shortlisted for Editor of the Year in the Business & Finance category and Gideon Spanier, global head of media, was nominated for B2B Columnist of the Year.

Campaign at 50: Dean Street behind the scenes in pictures