Why does the advertising industry find the 'working class' so problematic?

In the same year that Campaign debuted, the first colour TV licence was issued. The golden age of broadcast beckoned and, in turn, our industry was drawn toward broad concepts. At our best we tapped into higher ideas that united rather than divided. At our worst we defaulted to lazy generalisations that misrepresented millions of people. Our understanding of the class system, and depiction of the working classes in particular, saw a bit of both.

Perhaps this was to be expected. During this period the tectonics of society continuously shifted. Individualism was championed over collectivism, market forces supplanted state intervention, the North de-industrialised, we saw the emergence of global economics, the credit crisis, the rise of the machines and the creep of extreme ideologies. It would be naïve to review a time of such perpetual motion with fixed definitions of social class.

But even in a snapshot, the picture was never that clear anyway. It was certainly not simple enough to put people into Huxleyan categories like "AB" or, sniff, "C2DE" as we were once prone to do.

When Ted Moult first dropped a feather down a UPVC window frame declaring "Fit the best, fit Everest", he was speaking to the first generation of rental tenants signing up to Michael Heseltine’s "Right to buy" scheme.

The policy, passed in 1980, split terraces and estates forever. Collection whips for the striking unions at Orgreave and Wapping didn’t knock at the houses with double glazing. "Council" became an acceptable slur that even today’s self-appointed diversity champions still breezily use.

Likewise, in Birds Eye Angus Steakhouse’s 1983 spot "We hope it's chips", a group of builders heads for home in a Transit van. They wonder aloud, to the tune of Que Sera, what their wives have cooked for their tea.

It was warm, joyous and well intentioned. It also played out at a time when rising teenage pregnancy and record-high divorce rates were making "family tea time" about as likely for some as Charles and Diana popping by.

So even back then, people within the same class were living very differently. And as the social strata ruptured further, it became even more important for our industry to look deeper and to hear more perspectives. With this in mind, I asked four people who have all been described as "working class" at some point in their lives to offer their views.

Cymon Eckel, co-founder of Boys Own magazine and one of the godfathers of Acid House, sees the 11-plus as the great class divide in the 1970s. Maureen Lipman’s cry of "He’s got an ology!" in the famous BT ad represented the emerging viability of further education a decade later, he says (full commentary below).

Andy Bird, ex-YTS kid turned chief creative officer of Publicis North America, notes the changing attitudes towards the working classes within advertising agencies over the years. In his view, the chauffeur-driven creatives of the 1980s, though distanced, were perhaps more empathetic toward common folk than their Loaded-reading faux "lad" 1990s counterparts. (Full commentary below.)

Ruby Pseudo, founder of the eponymous youth research consultancy, sees the unifying stickiness of music in advertising as one way of breaking down barriers but, she observes, that even the gold standard for music in advertising, Levi’s, completely missed hip hop. (Full commentary below.)

Charlene Chandrasekaran, creative director at Droga5, notes how accents in advertising haven’t showed much signs of progress. Even in the decades since Blair declared that "We’re all middle class", Estuary English is fine for supermarkets and chocolate bar brands but lacks the trusted authority for banks and cars. (Full commentary below.)

Looking back, when we were sensitive to the complex nuances of class we were able to create work that brought people a little closer, such as McDonald's seminal "Day in the life’ spot" from 1990.

And when we got shoddy and didn’t bother to get to know the people beneath the labels, our work felt embarrassingly out of touch.

Going forward, if we can be at our best more and avoid herding people into clumsy social groups like "working class", "millennials", "stay at home mums" and "silver surfers", we can help ensure that Campaign’s centenary is celebrated in a better world than 2018 is shaping up to be. 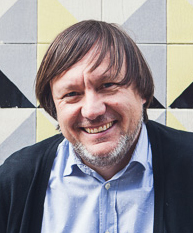 Maureen Lipman will, for some, always be Beattie, the warm, positive and proud grandma of the BT ads; the first of which, "Ology", is the most memorable.

It is not only Lipman’s performance that resonates with me, it always takes me back to a very different Britain: privatisation, Thatcher and great Ecstasy.

Before this, the world was black and white. Education was very flat, with single-sex schools and your life determined by the 11-plus – 35% of people in the South West would pass, while in Notts that would be 10%.

A successful 11-plus didn’t so much represent one’s academic achievements as change in one’s class. And class in the 1970s was a divide. The ad was at the zeitgeist of a changing educational culture, a fetishisation of university and degrees. I took the 11-plus in 1974. It was subsequently terminated in 1976.

My 19- and 20-year old children have both shunned universities. One is a Forex broker who has risen since he started six months ago, the other a fashion photographer who, nine months after his brilliant A level results, is getting published in print and digital. The ability to see in Technicolor will always be one’s most important tool.

Much like race in the US, talking about being working class in the UK, and more specifically in advertising, isn’t that clever, unless you know what you’re talking about from experience. And even then, you (and definitely I) should just shut up anyway.

But here goes. Who are the working class anyway? Well there’s those who grew up on a grotty street; single-parent family, without a car, phone, central heating or video, and went on a YTS after leaving school at 16. Or the 1990s advertising agency creatives who bought Loaded once.

Because out of the creatives who bounced around agencies in the late 1980s in crisp white Commes des Garçons shirts with their top button done up, some had chauffeurs, and if any of them had been anywhere near a council estate, they certainly weren’t owning up to it. Elocution lessons weren’t unheard of, and if you went into their offices, they thought you were there to clean the rubber plants or drop off the drugs.

Somehow a reverse "social bends" happened in the mid 1990s. These same people and their younger siblings (virtually all men) dropped their 'h's, hung out "down the boozer", discovered "the footie" and thought Jamie Oliver had street cred. How positively vulgar. 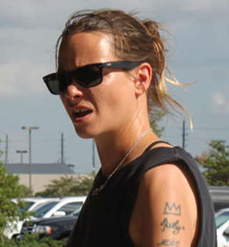 As a kid, one of my first celebrity moments was finding out that my friend’s dad had written the music and lyrics for the Um Bongo jingle ("Um Bongo, Um Bongo, they drink it in the Congo"), while another school friend’s dad turned out to be the guy that drew the Weetabix men from the "If you know what’s good for you, you do…" ads.

Ah! Real-life TV stars, living in my little village, both adding to the cacophony of 1980s advertising.

Whether it was Colgate rewording "Baggy trousers" to sell us toothpaste, small children dressed as sailors singing eerily about Birds Eye fish fingers, or the fact that at McDonald’s it was "Big Mac time, for youuuuu", advertising in the early 1980s was noisy, sticky and infuriating. But it worked; annoyingly, it worked.

And then came Levi’s. I remember buying (possibly nicking... definitely nicking) the brand’s ad soundtrack compilation on cassette from Woolworths – upping the 1980s music ad-game and luring me towards the likes of Marvin Gaye, The Ronettes and Muddy Waters.

As the 1990s arrived, they continued their cool with the Clash, T-Rex and Steve Miller Band as their brand-band backdrop. In many ways, Levi’s was the brand that taught me about an audience. It was iconic, it was beautiful, and I wanted to live in its world. Yet, as much as it introduced me to the genius of this industry, it also introduced its failings.

The 1990s saw Levi’s lose a billion dollars by failing to notice the dominance of hip hop (it's music, Levi’s), followed by the decision to spend the 2000s suing their competitors (boring, so boring). It was the first iconic brand I knew and loved and yet the first I also saw fall apart at the greedy seams. It was the cool kid that was cool no more. With the "Vote" campaign, launched last month, to an Aretha soundtrack, could a stitch back in 1980s time finally help Levi's line? 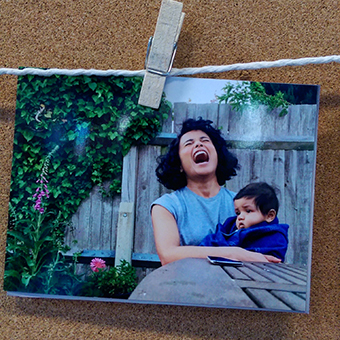 I’ve always had a South, or rather Sarf London accent. Some days it’s thicker than others, depending on who I’m talking to. For some reason, I tend to "speak better" when I call my GP or the bank.

It’s fascinating what you can read into an accent. And if you sat and watched dozens of ads from the 1990s, back to back, non-stop, eyes bleeding, like I did, you would start to see the little differences in class portrayal. Working-class people weren't absent by any stretch.

But we were the ones who told you who how to save a few quid in the supermarket, or which chocolate bar would cheer you up. We were never trusted as the voice to give advice on who to bank with, or even which car you should be buying. Not that I noticed any of this at the time – I was too busy running around the school playground screaming "ARMADILLOS" or trying to avoid being "Tango'd".

The 1990s were good times for ordinary folk. Thatcher sodding off, the Britpop movement, English football was respected, lad culture was cool, Damien Hirst, Adidas popper pants...things were looking up.

So I doubt many of us turned over in disgust as yet another posh voice told you which headache pills or face cream you should be using. And perhaps there's nothing particularly profound about some accents being seen as more "authoritative" or "trustworthy" than others, but it's definitely got me thinking. Maybe I'll go proper Sarf the next time I call the bank!

What can agencies learn from BMP, our Agency of the Semi-Century?

50 most effective celebrity campaigns (number 29 to 20)