How much can you remember from 2014? Take part in our Christmas quiz and find out...

Simon Sherwood left Bartle Bogle Hegarty this year after 32 years. Which number employee was he at the agency?

Lean Mean Fighting Machine was acquired by M&C Saatchi this year. What is the creative partner Dave Bedwood famous for putting in a vice?

A group of rebel shareholders managed to hold up Lake Capital's acquisition of Engine. How many were there?

Stef Calcraft announced that he finally leaves Mother in March 2015, two-and-a-half years since cashing in his shares. How much money did he make from the deal?

The Imbetweeners 2 proved to be the cinema hit of the year. How much did it take on its opening week?

Nils Leonard wrote a controversial blog about female creatives that attracted some abusive comments. However, who was quick to spring to his defence?’

The England rugby legend Lawrence Dallaglio set up BBH Sport this year. How many caps did he win for his country?

A little-known fact is that Dallagio was also once a chorister. On which 80s pop ballard did he perform?

We don't need another hero by Tina Turner

Total Eclipse of the heart by Bonnie Tyler

Lynda Bellingham sadly died this year after a battle with cancer. How many Oxo ads, made by JWT, did she appear in?

Adam & Eve/DDB picked upfour Grands Prix in Cannes for 'sorry, I spent it on myself' for Harvey Nichols. Who directed the spot?

How did you do?

Well, we think you might have cheated. But if you didn’t – honestly, truly – you can officially call yourself an advertising maven. We’d think you were a bit of a tosser if you did, but please go ahead.

You really should read Campaign more carefully next year. Oh, and regular lunches with the Campaign staff can also help you keep on top of the industry’s most important events.

Have you ever considered a career move client-side? 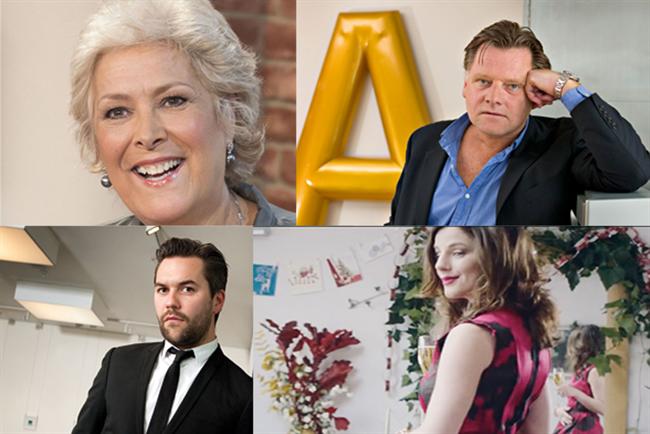