Campaign previously accused of 'fat-shaming' returns for next chapter.

Cancer Research UK’s controversial obesity campaign has returned to highlight that excess weight is second only to smoking as a cause of cancer.

The ads, created by Anomaly, draw inspiration from packaging designs of old cigarette brands and feature warnings about obesity and cancer risk. They compare smoking and obesity to show how policy change can help people develop healthier habits.

Last year, Cancer Research garnered strong reactions from the public, news media and parliament for its campaign explicitly linking obesity to cancer, with some critics accusing the charity of "fat-shaming". The ads encouraged people to guess the remaining letters in the word "obesity" when asked to identify the biggest preventable cause of cancer after smoking and also included fake cigarette packets containing chips that were handed out to shoppers. 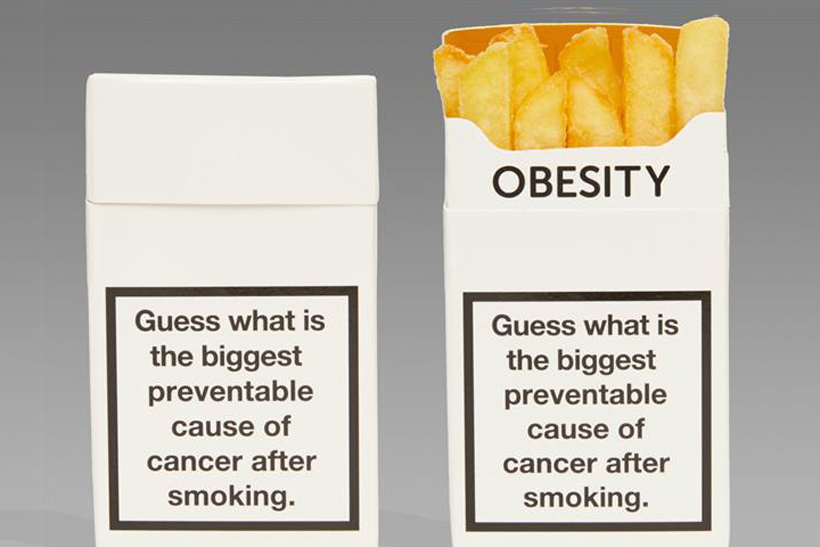 Cancer Research UK is calling on government-led change to tackle obesity, much like for smoking. Policies such as increased taxation and marketing bans, as well as increased public awareness of health risks, have helped lower smoking rates in the UK over the past 50 years.

The campaign will run across out-of-home, press and social media. MediaCom is the media agency.

Michelle Mitchell, chief executive of Cancer Research, said: "Our new campaign aims to raise awareness of the link between obesity and cancer, and to inspire policies that create a healthier environment. Like smoking, obesity puts millions of adults at greater risk of cancer – and like smoking rates, obesity rates can be reduced with government-led change.

"Incessant adverts and price promotions can nudge us towards junk food, so we need the government to build on lessons learned from smoking prevention and put policies in place that make it easier for everyone to keep a healthy weight." 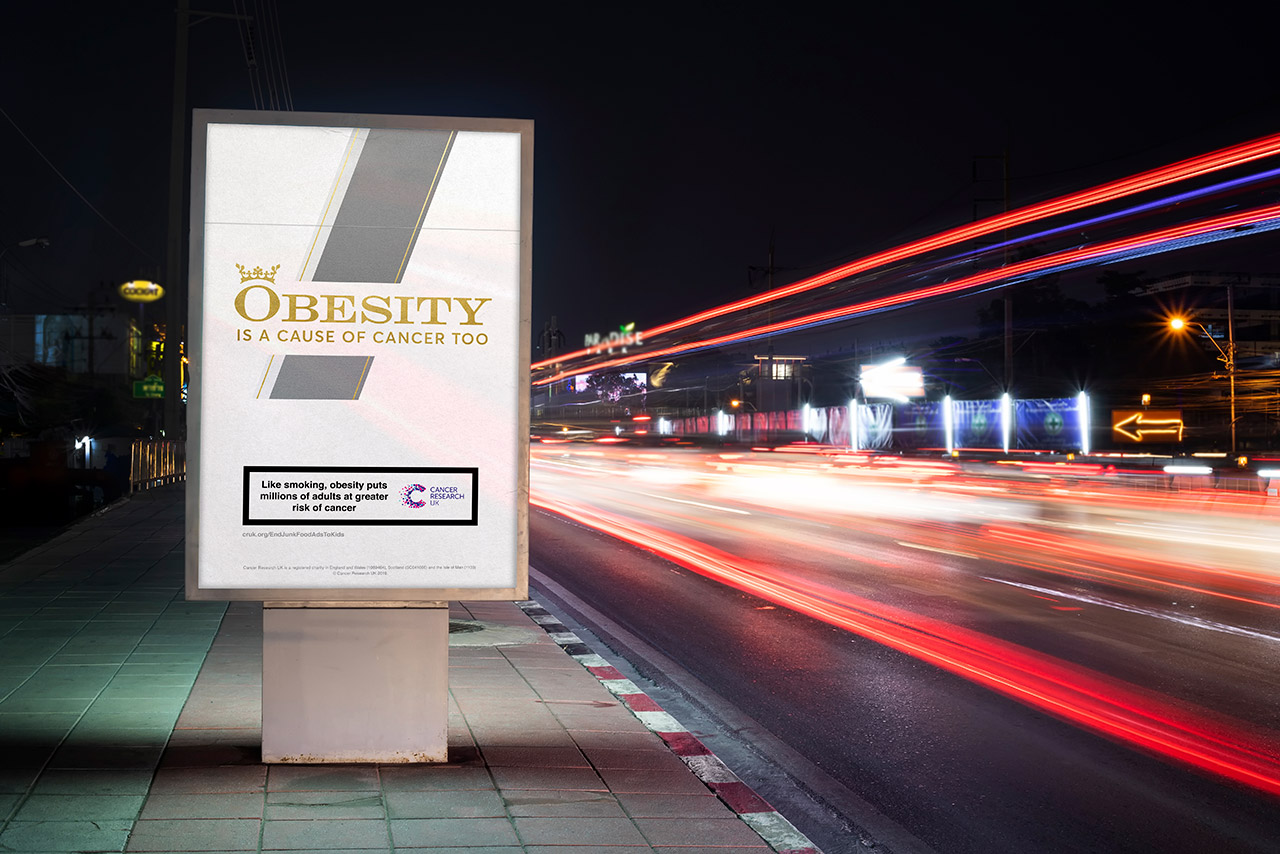 HMRC gets 'cute' in tax-credit campaign

How Cancer Research UK and Anomaly made it happen 'right now'

'This is not about fat shaming': Cancer Research UK stands by anti-obesity campaign after backlash