Cannes 2013 proved to be another good year for WPP - awarded network of the year - and, in terms of the UK media, there were three notable successes coming out of its GroupM contingent. We talk to the winners the morning after the night before, to get their reaction to winning a coveted Cannes Lions. 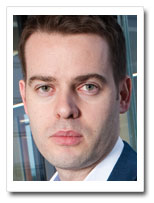 "Bringing home the UK’s only Media Gold Lion is fantastic recognition of the adaptive approach that the agency is taking to solving our clients’ business challenges. The win for Kleenex is recognition that creativity in media can be about simple, collaborative ideas that use real-time insights from media in a different and more effective way.

"Normally, Britons catch colds and flu from October to February. That’s when Kleenex traditionally launch activity. But the UK had the warmest October for 100 years in 2011. The weather is becoming highly unpredictable, so a team led by Sharon Dhillon, Laura Scanlon and Malcolm Murdoch, developed a unique adaptive planning strategy.

"Years ago, people with colds and flu saw a doctor. Today, they go to Google. This fundamental change in consumer behaviour allowed us to use a search engine to pinpoint cities nationally with flu outbreaks’ in real time.

"We analysed search trends on Google over 18 months for words related to colds and flu and compared it to other data. This included calls to Government health lines and doctor visits. The model allowed us to predict relevant flu outbreaks, at city level, in real time. Not only could Kleenex then focus on cities experiencing an outbreak as it happened, but this adaptive planning tool prevented marketing budget being wasted in flu-free zones.

"This new adaptive approach saw sales increase 40% year on year in the first two months of activity, equating to a staggering extra 432,499 boxes of tissues sold."

Mindshare's UK Gold Lions completed a strong year for the agency network, which was the most-awarded media agency across all Cannes Lions categories at the 2013 Festival, with campaigns recognised in eight Lions categories, and winning a total of 19.

Nick Emery, global chief executive of Mindshare, said: "We believe that everything begins and ends in media – that the whole world experiences brands first through media and that media is everything. Our success across so many Lions categories is validation of this belief, and having won with so many partners, validation of our open source and adaptive approach to media in a data-driven world. Congratulations to all our clients and the teams who worked so hard to achieve these results." 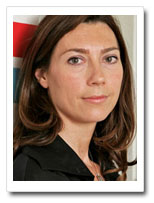 "Maxus had a brilliant Cannes. We had teams from Maxus UK and Spain in the Young Lions competition, which in itself is a great honour, and our UK team – Georgia Lindsay and Yewande Sokan – rocked it, winning by a country mile. Clearly investing in young talent is key to our whole industry and we had another six young colleagues from across the Maxus worldwide network in Cannes, under the watchful eye of Nick Vale, our global planning director, looking at the great work, attending the conference itself and digesting what is really takes to win a Lion.

"So what does it take? Ask our UK Mercedes Benz team who won a Silver Lion for the #youdrive campaign for the A-class launch. Mercedes is a prestigious brand, but perceived as for ‘older drivers’. We needed to make it more relevant to a younger audience who were buying inferior competitor brands. Harnessing the dual-screening trend, we handed viewers the power to drive the world’s first audience-driven TV commercial. Using Twitter, viewers decided the action of a real-time story told over three commercials shown during 'The X Factor'.

"Twitter and web activity was supported by other buzz-building activity following movie launch conventions. The result? Over 100 million twitter interactions, brochure requests up by 140%, sales lead targets smashed and, the crucial age measure lowered by 10 years.

"So two Lions. And a lot of rosé. Tonnes of networking. I think every year Cannes gets bigger and bigger for the media industry, with the key (mainly digital) media owners showcasing new devices and platforms. You’ve gotta go!" 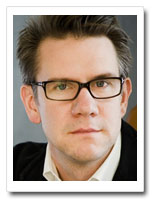 "It's not often that you get the chance to find a new use for a piece of leading-edge technology and to help a brand you're passionate about achieve something fantastic. Lloyds TSB Torchview was one of those rare opportunities. The team here at MEC knew that finding a way for a financial services business to become a more intrinsic part of the Olympic Torch Relay was going to need more than just smart advertising.

"It was pretty clear that we were going to have to go further and to offer more if we wanted to earn the right to ask people to spend some of their time and their London 2012 emotional energy with us. We tracked down the engineers behind Google Street View and shipped them and their kit to the UK.

"Lloyds TSB rebuilt the bus they had in the Torch Relay convoy to allow it to carry an always-on, 360-degree US military grade camera rig and the three full-time engineers it took to process the data. We captured every inch, every flag and every lump in the throat of everyone in the UK who saw the torch in a single 360-degree immersive and pannable image.

"We built a Facebook application that allowed people to easily find and tag themselves in the 1,800-mile-long picture and 3.6 million Torchview images were viewed. It's become easily the world's most tagged piece of content and it helped Lloyds TSB become the most recognised UK sponsor of 2012."