The boom in craft beer brands has been a bombshell for the established beer industry - but Carlsberg has used it as an impetus to rediscover its identity.

The world’s major brewing companies have been falling over themselves to snap up hip craft breweries, and changing consumer tastes do not, on the surface, seem to bode well for mass-market lager brands. 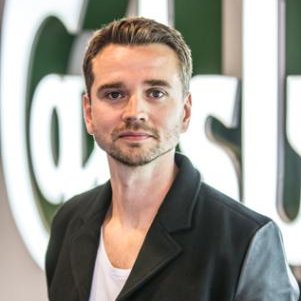 But Rasmus Bendtsen (right), international marketing manager at Carlsberg, sees the situation differently. "The craft movement that came was a huge gift for big brewers," he tells Campaign.

"It seems like the big international breweries have been competing on who can be the most superficial. Superficial values – Formula One, fast cars, even fast women – rich guys, product in their hand, smiling. It’s a portrait that a rich life is also a happy life.

"And I think when the craft movement came in, it forced the big brewers to justify why the world needs them. The small brewers are so passionate, they talk with pride, they don’t have money to do big sponsorships, so they have to be sincere, they have to make real stories.

"So in a way I think it was a huge gift right, because if you look at the history of Carlsberg, it’s basically been democratising beer."

This isn’t just marketing spiel – it refers to the decision by Carlsberg founder JC Jacobsen in the late 19th century to make the new strain of yeast he had developed available to rival brewers for free.

Jacobsen was last week brought to the stage in Copenhagen as part of the brand’s 170th anniversary celebrations in an event created by Brussels agency Happiness. Geoffrey Hantson, chief creative officer at the agency, described Jacobsen as the first business leader to "open-source" his ideas.

The yeast developed by Jacobsen is still the basis for that used by almost all brewers today "Every single brewer around the world is using Carlsberg-invented brewing technology," Bendtsen says. "What we want is respect, and recognition of our contribution to beer."

When bigger is better

The challenge for large brewers, Bendtsen recognises, is that small, local brands have successfully associated themselves with not only authenticity, but quality: there is a perception among many consumers that beer made by big companies is poor quality by definition.

One of the routes to overturning this state of affairs is through marketing such as the campaign starring Mads Mikkelsen, "The Danish way", which was created by Fold7 for the UK market but proved so popular that is has been taken up in a number of other countries. 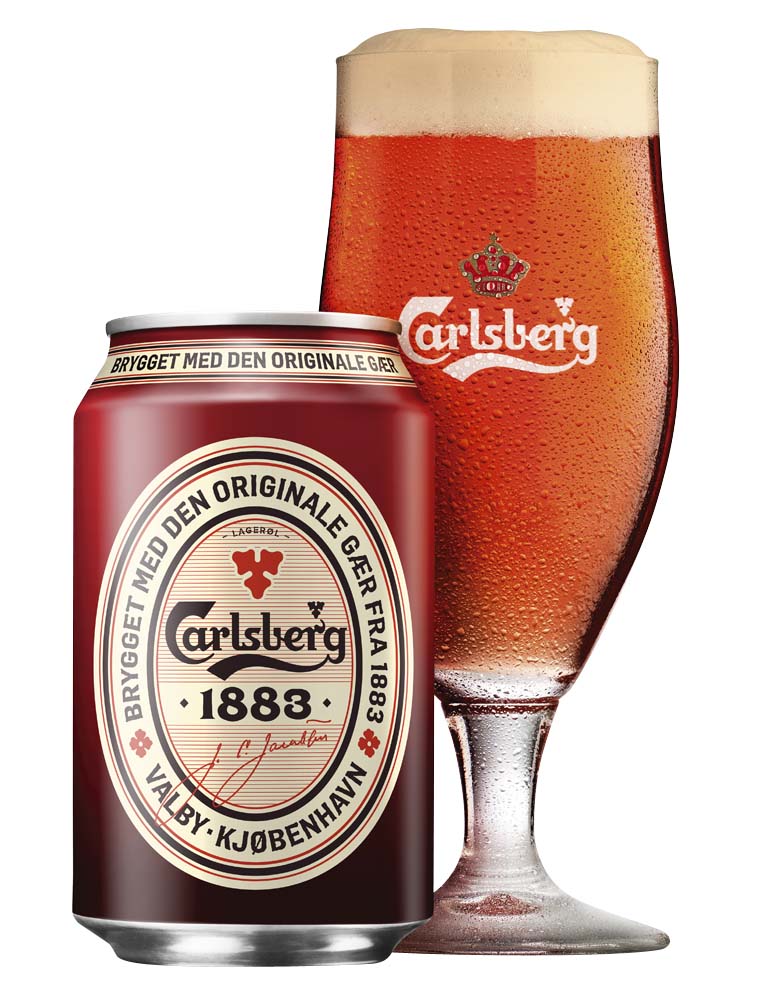 Mikkelsen has just finished filming a new ad for the brand that will debut in Denmark in September, followed by the UK later this year. In Denmark the ad will promote Carlsberg 1883, a new product made using Jacobsen’s original strain of yeast, which was discovered in bottles in the brewery’s cellars last year.

But making the case that big can be good also means demonstrating the contribution that only a company with Carlsberg’s scale and resources can make.

The brand’s laboratory has recently completed mapping the genome of barley, a process that has allowed it to finely tune the production of the crop. This has sustainability benefits, by potentially reducing water usage, for example.

But it also creates innovation opportunities, such as the creation of an experimental beer using, for example, unripe, unmalted green barley.

"The science they’re doing is also making beer interesting," Bendtsen says. There have been no major innovations in beer production for more than a century, he claims, meaning that craft brewers are "basically just mixing the stuff that’s already available".

"We will never be the most artistic ones – the ones that put the most hops into a beer," he says. "But the way that Carlsberg can play a bigger role is by offering new beers that only can come from science."

From zero to hero 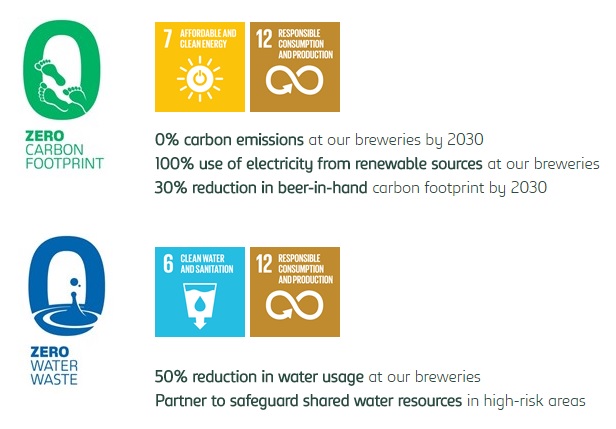 As part of last week’s events, Carlsberg unveiled a series of ambitious sustainability goals across several pillars, including zero carbon emissions at its breweries by 2030, 50% reduction in water use, 100% of markets to improve their contribution to responsible drinking year-on-year.

These goals are closely tied to the ambitions around innovation and premiumisation; the green barley mentioned above will allow the company to brew more sustainably, using less water, in certain regions, while the group is launching several new alcohol-free beers to contribute towards slashing irresponsible drinking.

"Sustainable business in the future is also smart business," Simon Boas Hoffmeyer, director of sustainability at Carlsberg, says. "Sustainable innovations in my mind are going to play a huge role in winning the consumers in the future, so yes in that way, it’s going to be a huge battleground."

But the industry must adopt a push-pull approach using both competition and collaboration, Hoffmeyer says. "If other brewers are misbehaving, it will also look bad on us. So we have a role to play in creating this virtuous circle."