IKEA, and Vizeum and iProspect 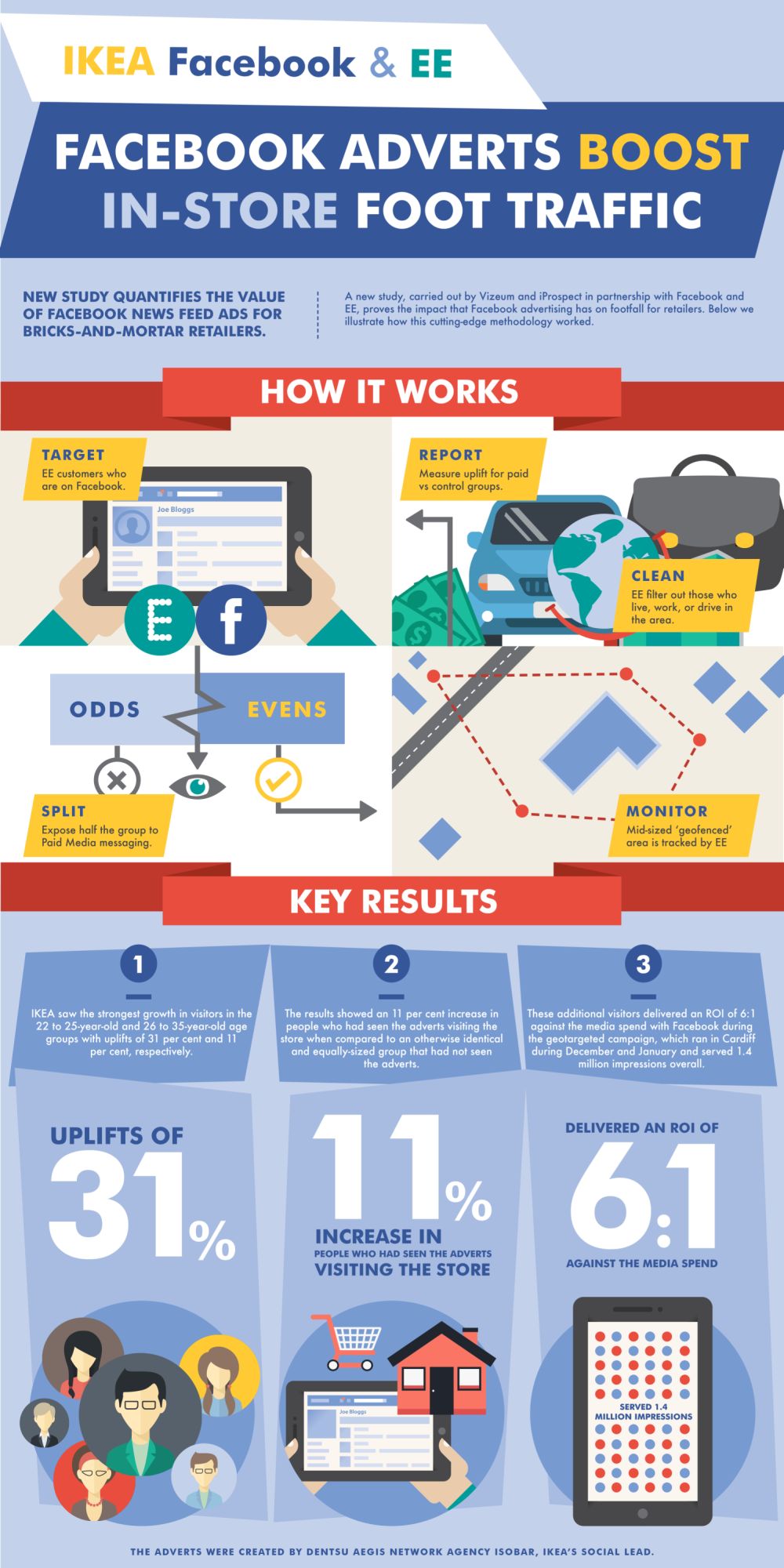 To be our clients’ most innovative partner often requires us (Dentsu Aegis’ Vizeum and iProspect) to prove the effectiveness of a channel or a medium in which clients instinctively want to communicate. This proof enables clients to make smart, innovative decisions about investing in less-traditional channels such as social media.

The challenge from our IKEA client – the same one facing the vast majority of advertisers around the world – was to prove the effect that paid social advertising has on business performance.

In this case, it was proving the causal (not correlated) link between Facebook advertising and increased store visits. We did this and answered one of the most-asked questions in marketing today – does Facebook work?

Measuring the impact social media investment has on footfall and sales has become something of a Holy Grail for retailers in recent years. It’s proved to many to be as alluring yet elusive as that famous chalice. Until now.

We knew that by answering this question for the IKEA business we could potentially unlock value in a channel as yet untapped by the business. So we set out to answer this question and unequivocally prove whether social media investment (specifically Facebook) was a driver of new and existing customers in to IKEA stores.

The idea was simple: create two identical groups. One that would be exposed to advertising on Facebook and a control group that would not be exposed. We would then physically track each group using their mobile signal to see who actually visited an IKEA store during the campaign period.

This would be the first time mobile data has been linked to social advertising to track the impact on real-life behaviour. We soon realised our idea – with a sprinkling of innovative thinking and brilliant execution – could finally deliver the Holy Grail into the hands of our IKEA clients.

To make the whole thing work, we knew we had to work collaboratively with EE and Facebook in a unique way.

Facebook has the mobile numbers of all the users of its smartphone app (see the Facebook T&Cs). This gave us access to a group of more than 20m people in the UK and covered almost every demographic.

This group was then matched against EE’s customer database and split into two random sets. The first ‘test’ group consisted of people whose mobile phone number ended with an even digit. News Feed ads promoting IKEA’s Christmas sale would be served only to this group.

Those with an odd number formed a control group, which would receive no advertising from IKEA. This simple, but effective, test enabled us to compare the real-life behaviours of the two. EE then created a geo-fenced area around one of IKEA’s biggest stores in Cardiff.

We then analysed and monitored the mobile behaviour of both groups and recorded those that entered this area, before excluding IKEA staff and residents of the ring-fenced area. This enabled us to identify exactly who had visited the store and attribute them to either our test or control group. 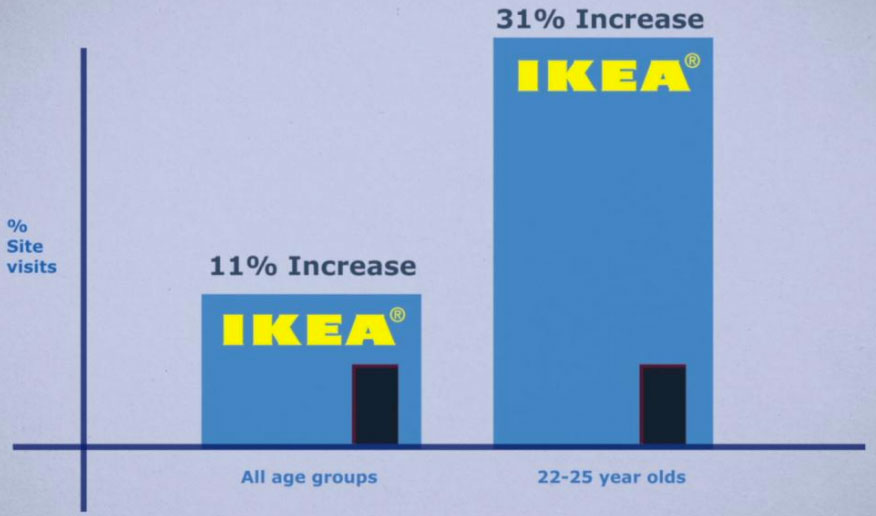 For the first time we were able to identify people’s actual behaviour (rather than claimed behaviour), and see whether they had visited the store and, crucially, whether or not they had been exposed to advertising at scale.

The advertising successfully attracted extra visitors to IKEA Cardiff: geo-targeted Facebook ads drove 31% uplift in store visits among 22- to 25-year-olds and an 11% increase in visits across all age groups.

These additional visitors delivered an ROI of 6:1 against the paid-media spend. With the average IKEA customer spending £64 per visit, this potential turnover due to the power of social media stretches well into the tens of millions of pounds.