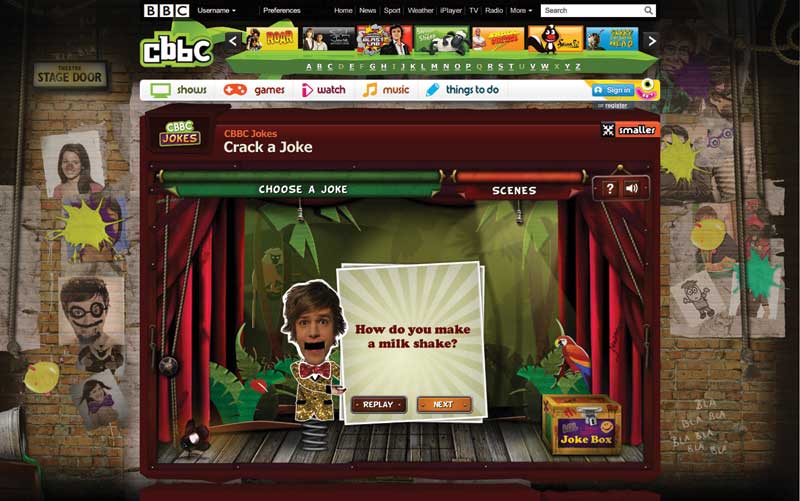 CBBC, the BBC's children's strand, has launched an online game called "Crack a joke" by the digital agency TH_NK.

The brief was to make CBBC the number-one jokes site for children.

The game is targeting six- to 12-year-olds, who can watch, read and listen to jokes and award prizes for how funny they are.

The work was part of the BBC’s @North initiative to engage regional agencies.

The copy was written by the BBC children’s department and the art ?director was Gary Glozier.

BBC "Welcome to their world" by BBC Creative

BBC "Welcome to their world" by BBC Creative