The results are in for Ocean's 10th annual Digital Creative Competition. Here are the nine winners

Welcome to this collection of stellar concepts that displays the potency and breadth of digital out of home. These winning ideas in the 2019 Ocean Digital Creative Competition, run in association with Campaign, now have the chance to be brought to life with Ocean’s help and share a total £650,000 prize pot of media space on its UK DOOH locations. The two winning Piccadilly Lights concepts will receive a money-can’t-buy opportunity for 2 x 30 minute dominations of the screen.

Among this year’s winners is a young placement team at Southpaw who picked up second prize (brands) for Diageo. Also recognised were young creatives at Wonderhood Studios, who also won Emerging Team of the Year at this year’s Campaign Big Awards. For this new breed of creative minds, DOOH is less a type of outdoor medium and more an integral part of our digital world. The tech exists and they don’t need convincing to use it.

In the competition’s tenth year, there can be few better bellwethers for its even brighter future. 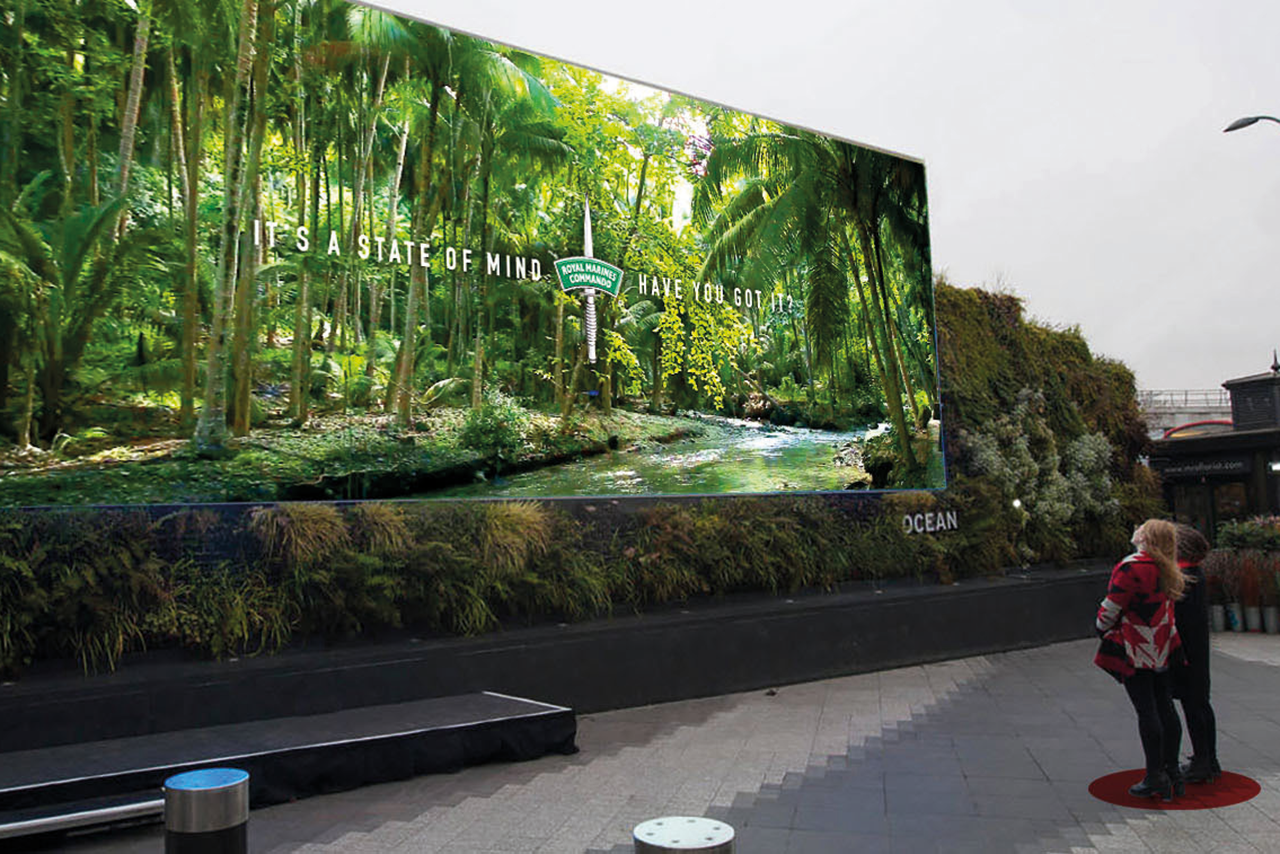 1st prize: The Royal Navy "Sniper" by Engine
This interactive recruitment game simulates stealth, the Royal Marines’ famous state of mind, by inviting participants to spot the sniper camouflaged by rugged terrain in a tense 60-second countdown against the clock. To do this, participants stand on a designated red spot in front the screen. Ocean’s clever LookOut technology tracks their gazes as they are locked into a target controlled by their eye movements. The challenge is to find the sniper hidden somewhere on the digital screen and discover your own inner Commando.

The judges said: "This is a really nice idea which is completely aligned with their business objectives. It speaks to one person, but everyone can get involved." 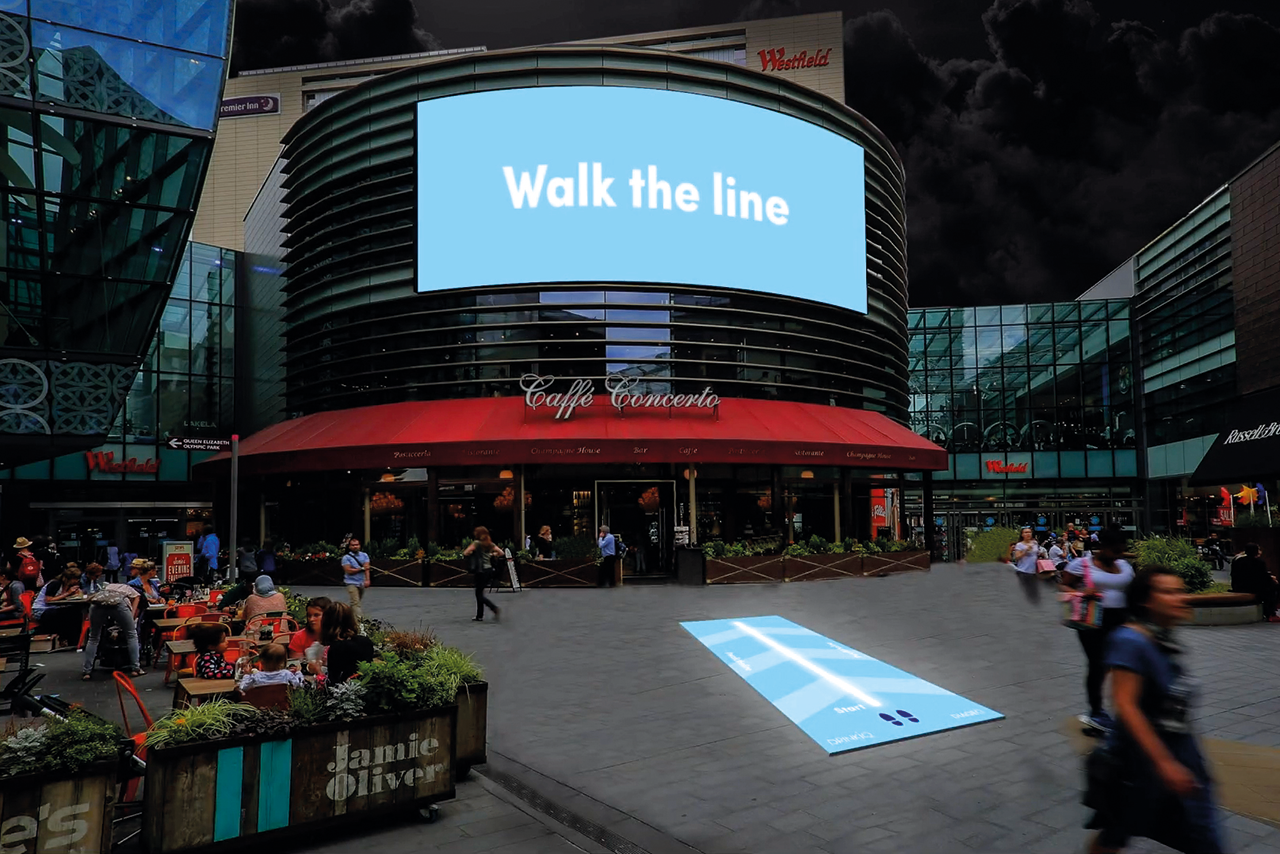 2nd prize: Diageo "Walk The Line" by Southpaw
This interactive game delivers a responsible message to people about how to drink safely and wisely in the UK’s party capitals. Situated in DOOH spaces close to clubs and bars, ‘Walk the line’ features a digital ‘pavement’ which invites people to walk along a line – the classic sobriety test. Depending on how much they veer off course, the screen gives real-time feedback, off ering helpful advice, important information about alcohol and where they can grab a cab home.

The judges said: "This is localised, experiential and a clever way for the brand to get across its message by putting a person at the heart of the experience." 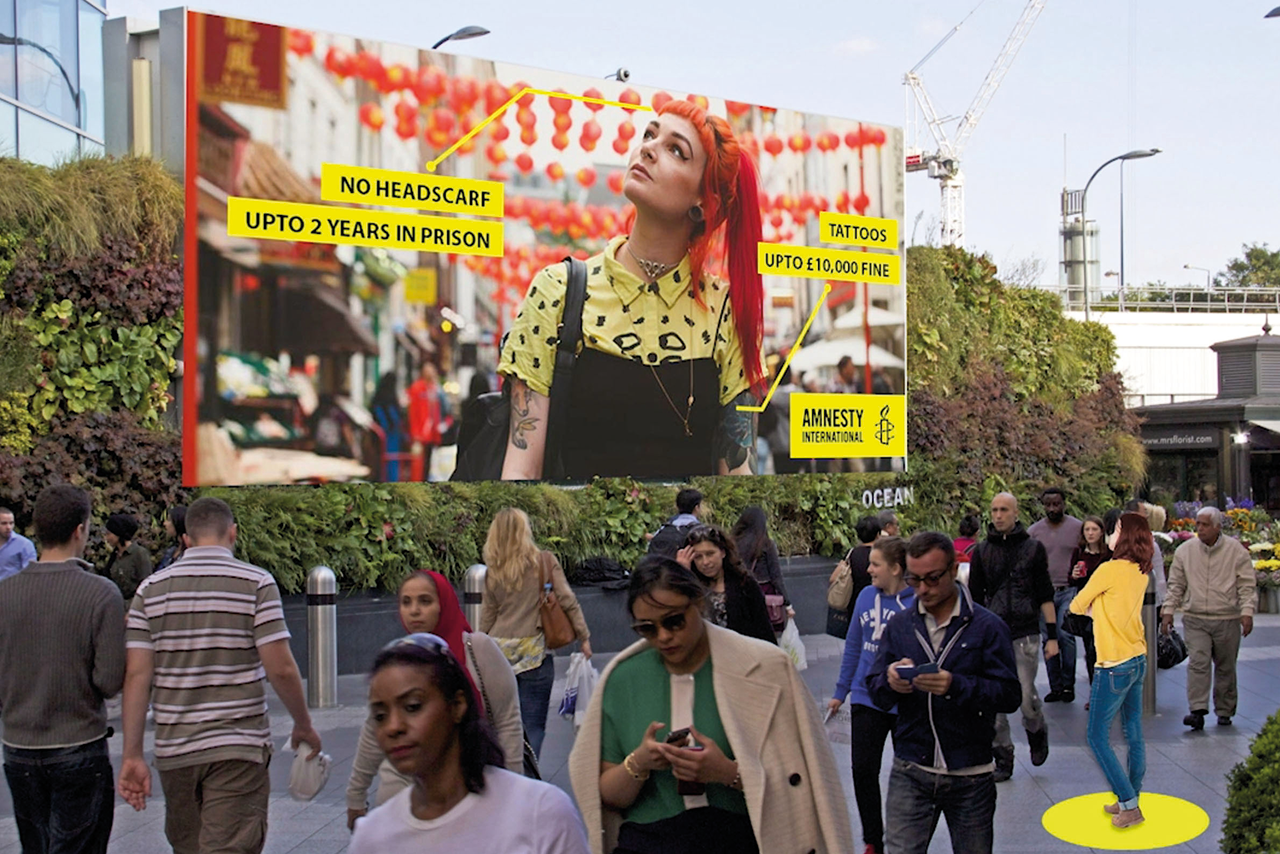 1st prize: Amnesty International UK 'The Sentencing Billboard" by VCCP
In some countries, freedom of expression, such as wearing a headscarf or displaying tattoos, is forbidden. Amnesty International will use an interactive billboard to highlight this. Passers-by can appear on the billboard with annotations to show what about their appearance could be illegal. Stills will be posted online to drive discussion.

The judges said: "The idea of seeing what you just take for granted is really strong." 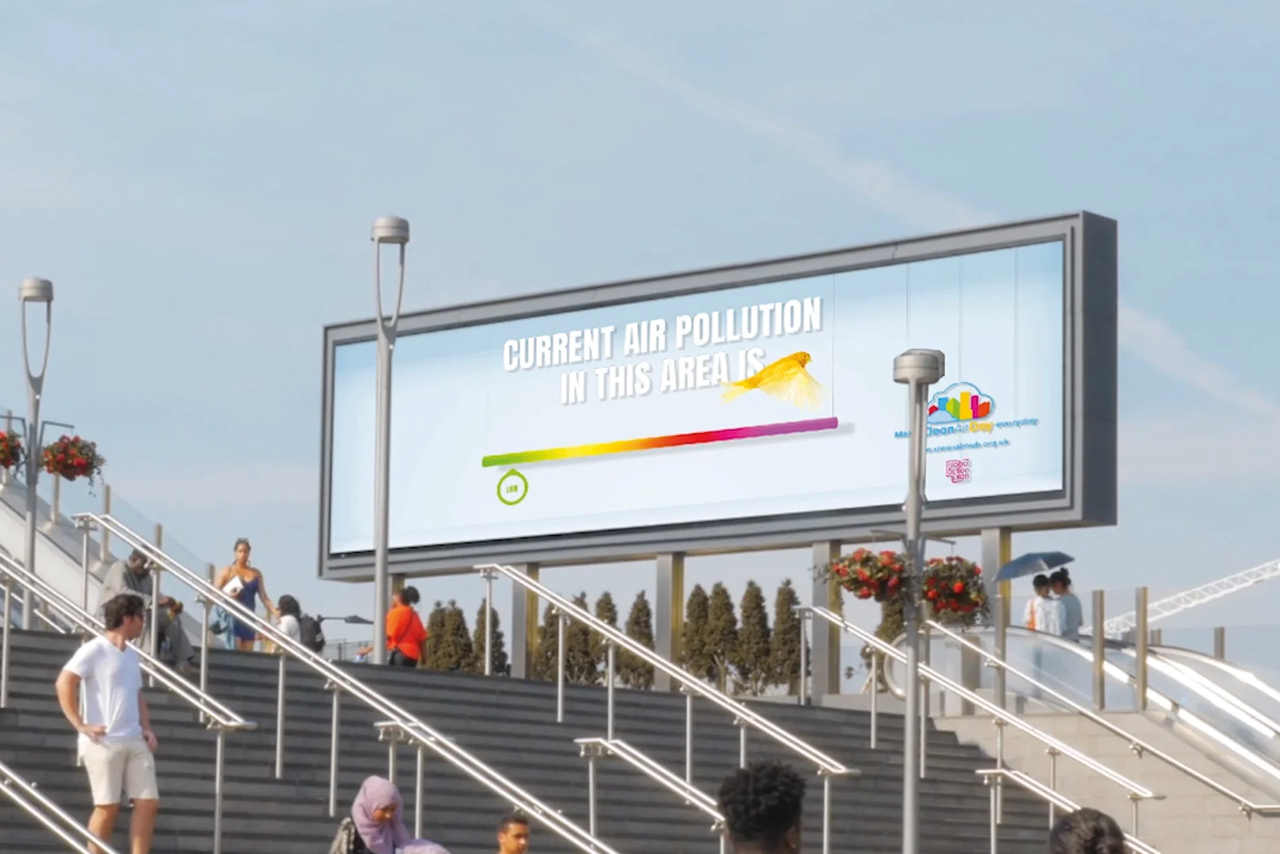 2nd prize: Global Action Plan Supported by Public Health Engalnd "The Breathable Billboard" by Wonderhood Studios
Designed to promote Clean Air Day, this billboard is fronted by Coco the canary, who responds in real-time to local air pollution. When levels are low, the screens are clear and the bird active, but when toxic, the screen is sooty and Coco struggles to fly. The activity is linked to the Clean Air Hub.

The judges said: "Out of home is part of the fabric of our cities and that’s why this campaign works." 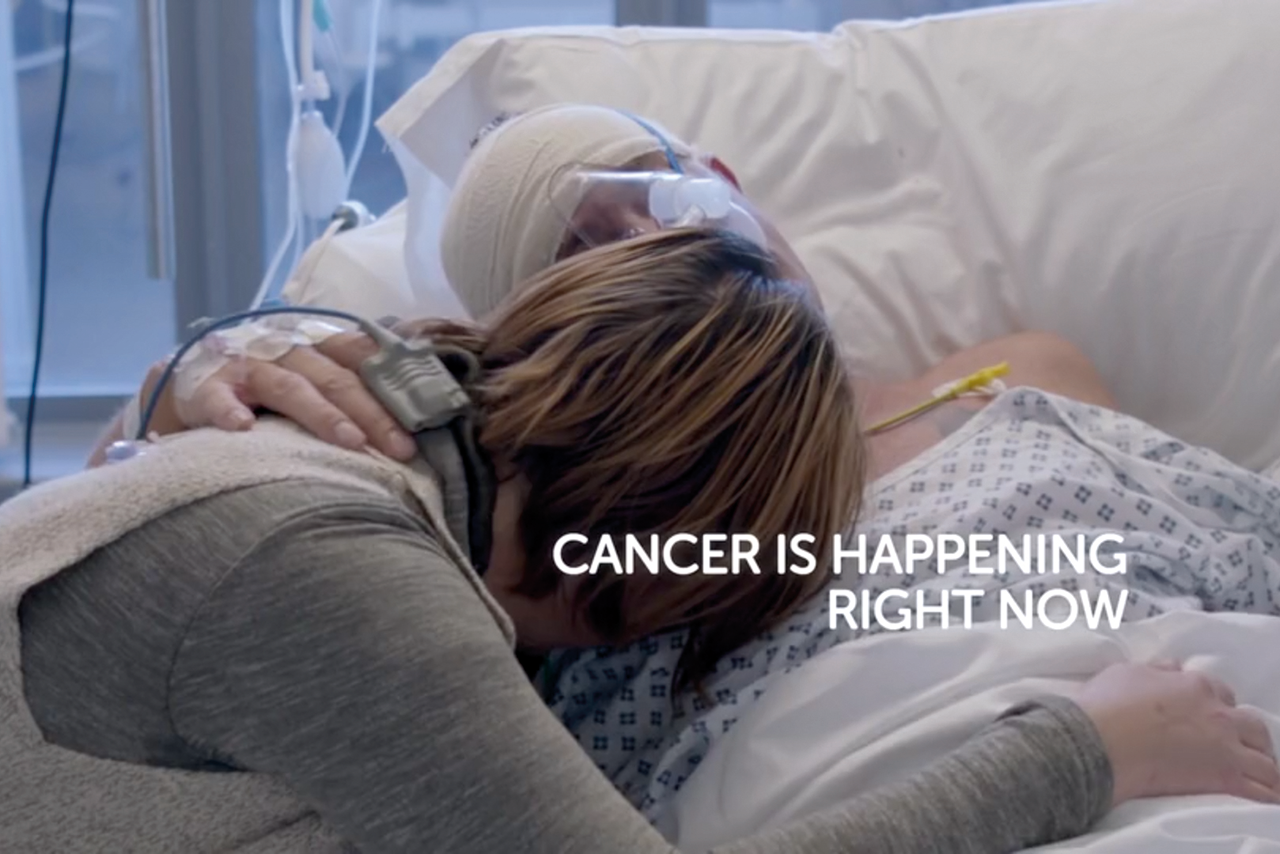 3rd prize: Cancer Research UK 'The Right Now Billboard" by Atomic
A real-time DOOH screen powers contactless donations using a live video-stream to connect people who stop and donate directly with actual patients who will benefit from their gift. Each patient responds with a spoken "thank you".

The judges said: "This campaign is a genuine step-up and twist on what has been done before." 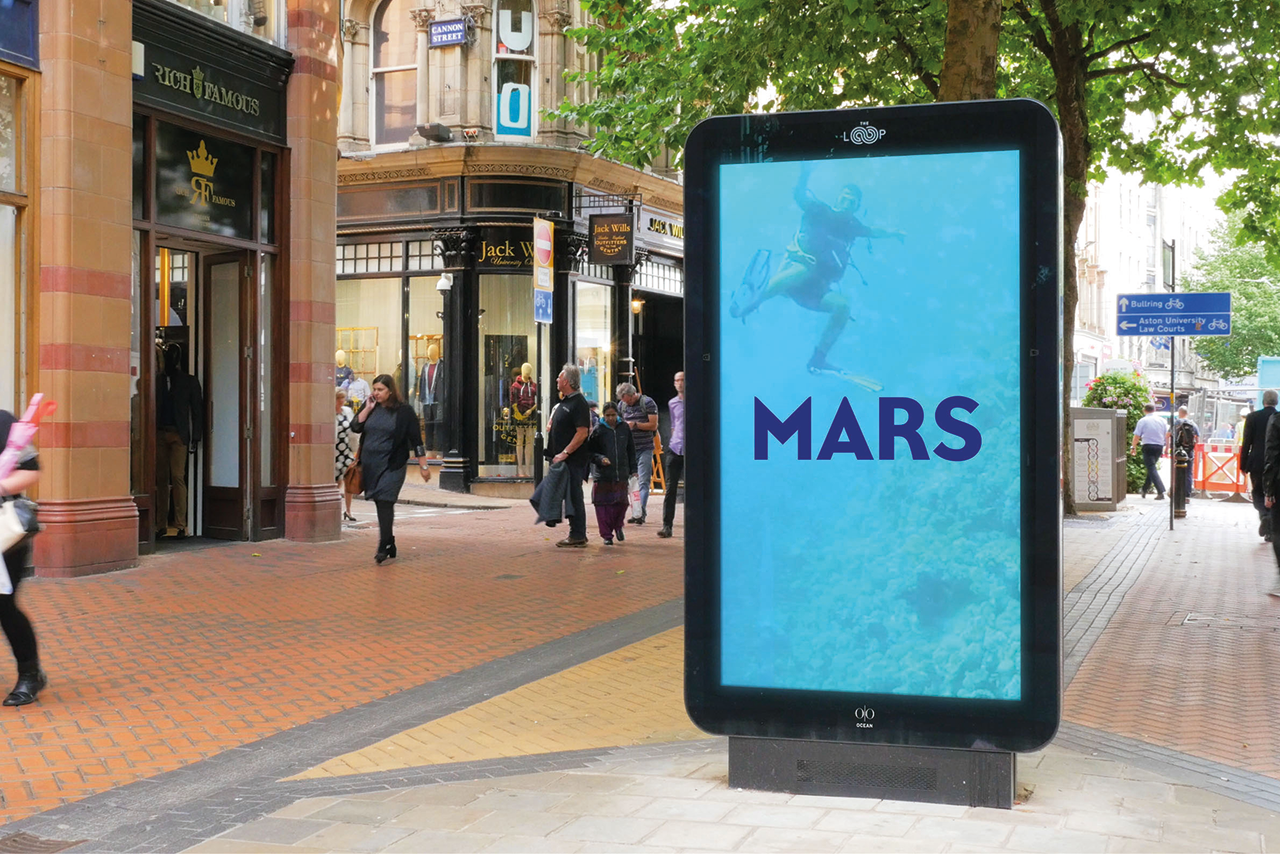 Mars, Inc "Live Dive" by Revolt London
This campaign shines a spotlight on Mars, Inc’s sustainability plan to save endangered coral reefs by successfully regrowing three hectares in the Philippines using small structures called spiders. Live Dive uses a video link to connect DOOH screens in high footfall areas to divers waiting under the ocean. They respond in real-time to public signals to plant a new spider. All the audience has to do is give the recognised "OK" diver’s hand gesture.

The judges said: "This will be just fascinating to see and people will watch it for some considerable time." 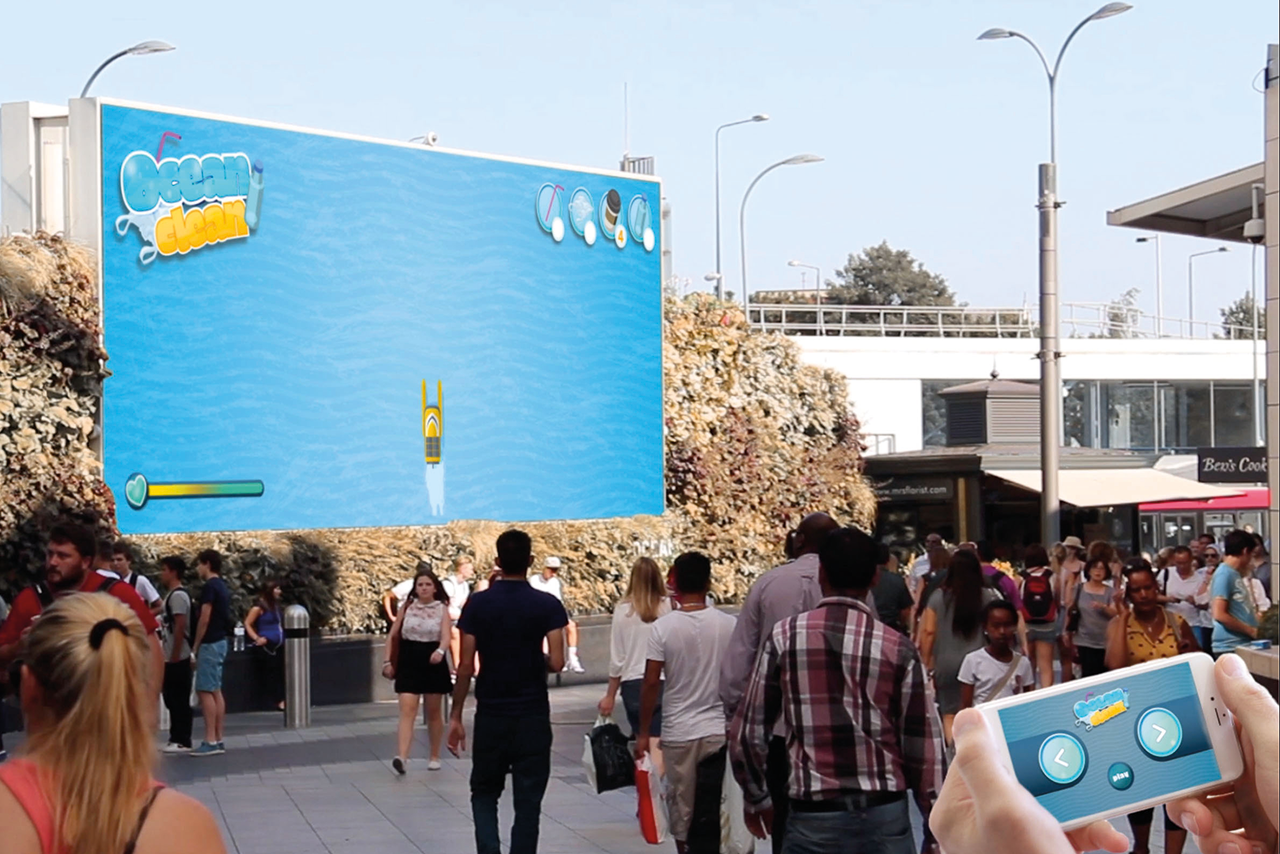 Plastic Whale "Ocean Cleanup Interactive Game" by AGCS
People are invited to connect via their mobile device to a screen to play an interactive clean-up game to collect discarded plastic from an ocean scene. The fact that the game is unwinnable raises awareness about the dire need to act now to stop the plastic tide.

The judges said: "The game delivers an important message in a creative way." 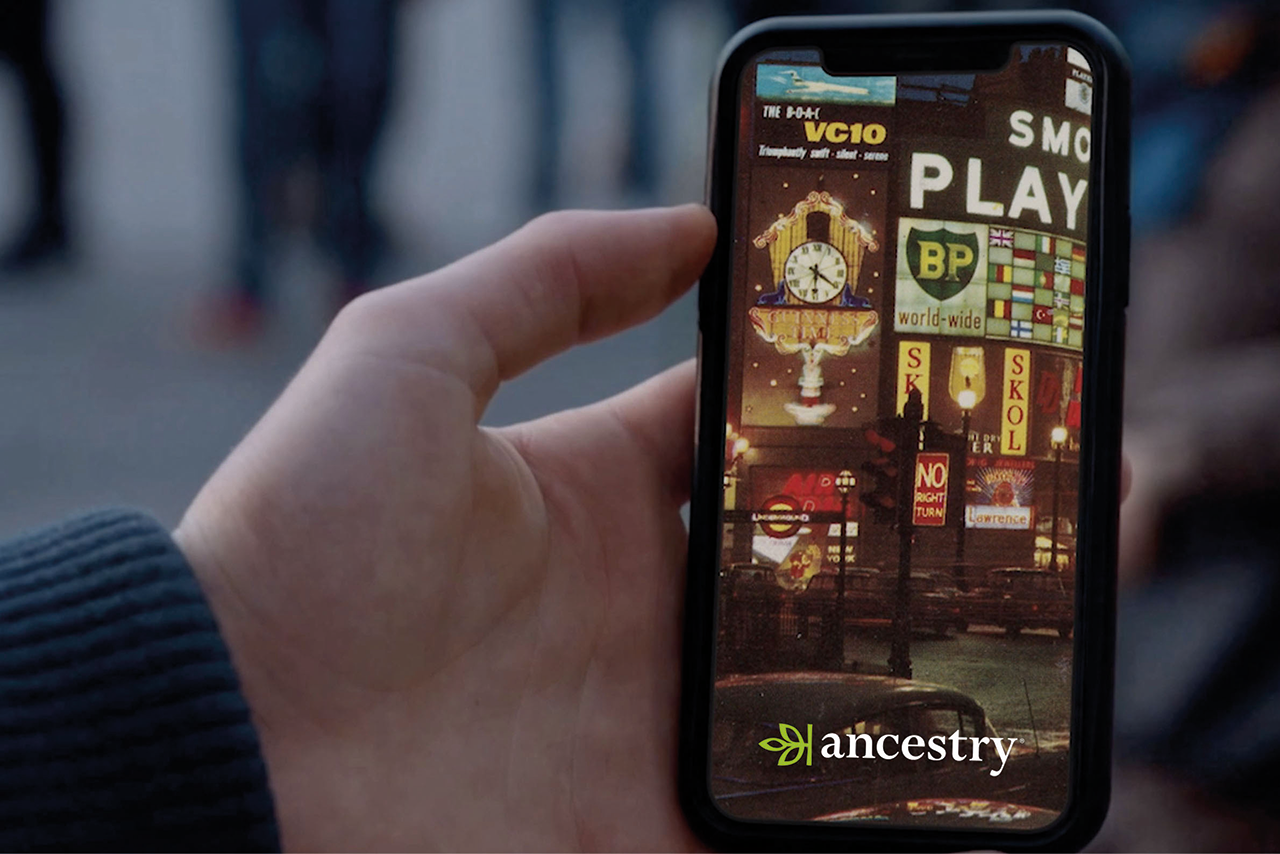 For one evening only, Ancestry turns the clock back on the famous Piccadilly Lights, taking the advertising space back in time from full motion to the age of neon and beyond, to a time when there were no lights. The end frame directs people to Ancestry where they can bring their own back-story to life.

The judges said: "This is beautifully thought through. The message goes so well with the idea." 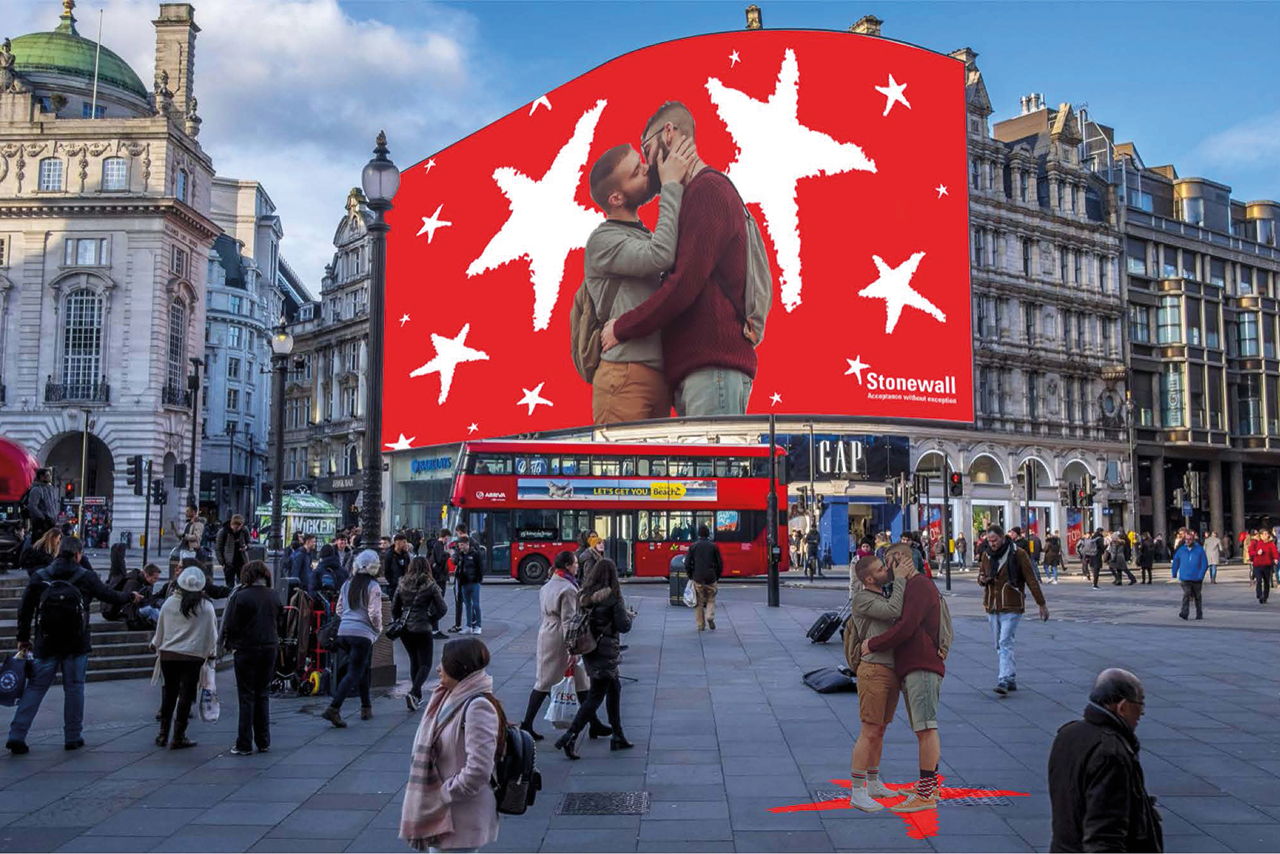 To mark 30 years of Stonewall, the charity set up to fight a piece of UK legislation banning "the intentional promotion of homosexuality", one of the world’s most famous digital advertising screens live-streams LGBT+ kisses to other billboards across the world. "Show the world" is the world’s first live global OOH campaign.

The judges said: "The compelling thing about this is the idea to do something that should never have been illegal by putting it on the biggest billboard in the world. The idea is super simple, but on this scale it definitely works."