Center Parcs is highlighting the restorative power of its holiday villages for exhausted families.

The Family.Refreshed campaign taps into the exhaustion many parents are feeling after a series of lockdowns to showcase the rejuvenating experiences on offer at Center Parcs.

The campaign is the first project launched as part of the Brothers & Sisters collaboration model that won Center Parcs’ account in March, in a competitive pitch with digital agency TMW and production company Affixxius.

The brand and agency had previously worked together between 2013 and 2017, when Center Parcs handed the account to Y&R London – now part of VMLY&R.

In the creative, the refreshing power of Center Parcs is visualised by a battery bar on screen, which is seen recharging from empty to full. 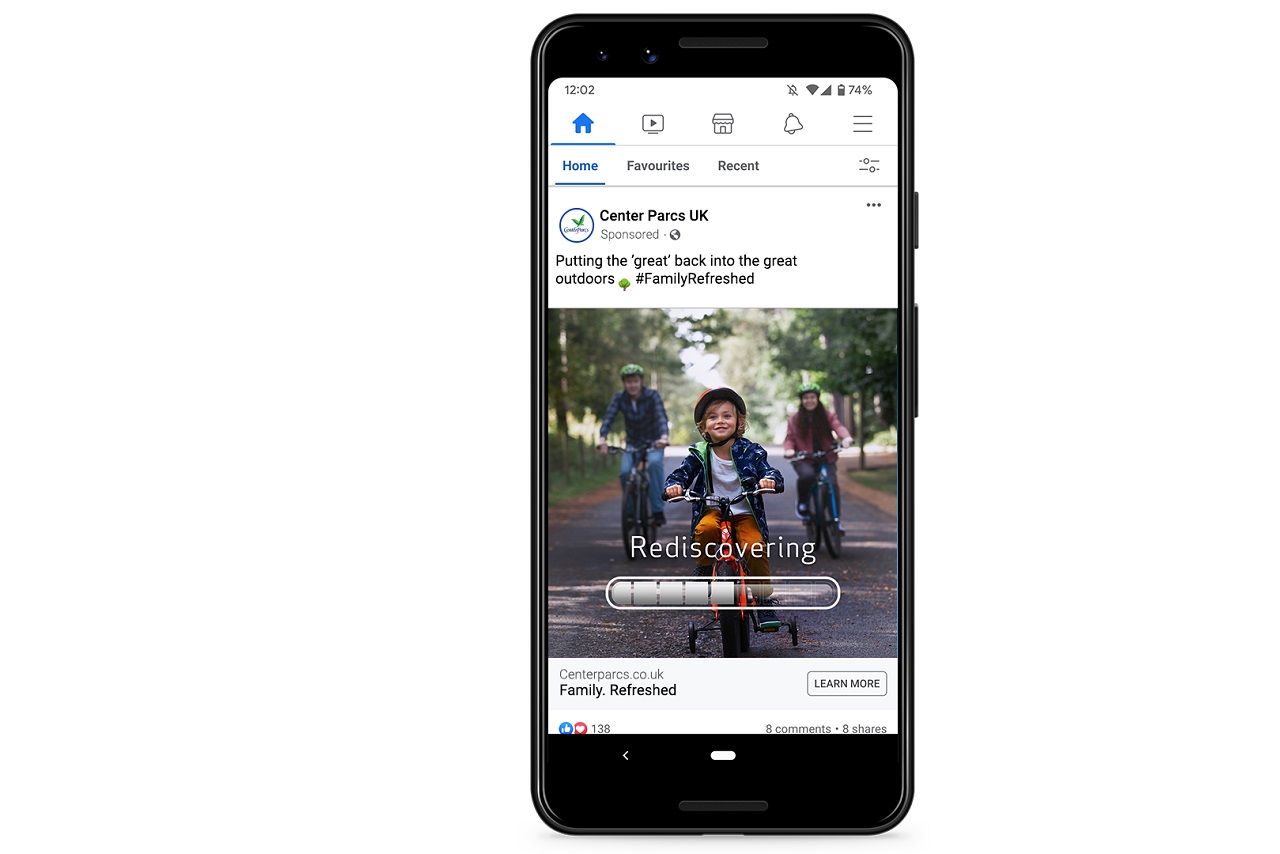 The restorative power of nature is also spotlighted, with the work showing Center Parcs’ forest locations, complete with rustling trees and singing birds.

The films used for TV, cinema and VOD all feature the Stevie Wonder track For Once in My Life, re-recorded by the children of the Young Notes Choir in conjunction with Pitch & Sync music.

Colin Whaley, sales and marketing director of Center Parcs, said: “We have worked with B&S before, so we know them well and trust them with our brand.

“This whole process has been both exciting and challenging both from the aspect of taking a radical agency production approach and also trying to chart a course through the ever-changing Covid backdrop.

“We knew from day one that we needed an upbeat tone and positivity and we have achieved that brilliantly, I believe, and we have creative going into January that truly reflects the wonderful and unique Center Parcs experience.”

Research showed that during the pandemic and lockdowns being together as a family was no longer an issue, but parents are increasingly exhausted and in need of being refreshed.

Andy Fowler, founder and executive creative director at Brothers & Sisters, said “This project has been an emotional one because we are dealing with family emotions in extraordinary times.

“The battery bar device is a lovely way of capturing how Center Parcs has a really powerful and visceral effect on families jaded by the pandemic and seeking to rejuvenate themselves. Hopefully it’s one of those ideas that people will really relate to and be moved by.”

Travel adspend recovery stalled until 2023 despite 36% boost next year