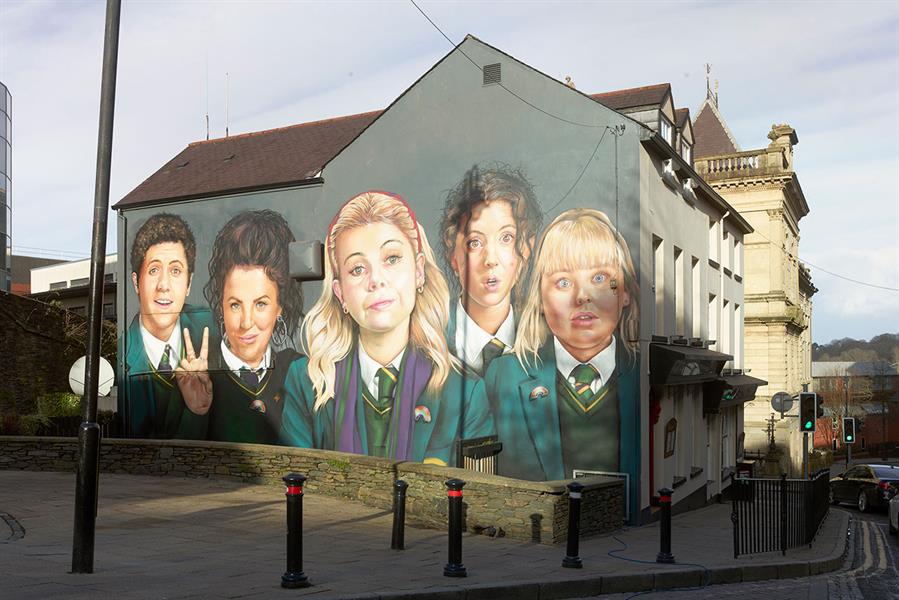 Channel 4's marketing campaign for series two of Derry Girls features a mural of the cast.

Inspired by Derry’s tradition of murals, the artwork was created by non-profit social enterprise group UV Arts, which uses street art as a tool for social change. It immortalises the main Derry Girls characters – Erin, Orla, Clare, Michelle and James – on the side of a building, with a playful reference to fan favourite Sister Michael looking out a window. Social media activity will include ‘90s school pics of the cast and an Instagram story inspired by services popular during the decade, such as Teletext, Ceefax and Fivetext. The campaign was created by Caio Turbiani and Raminder Samra.

"Thank you" by Creature

Argos "So stylish Suki can wear it" by The & Partnership London

Direct Line "We're on it" by Saatchi & Saatchi London

Veg Power "Eat them to defeat them" by Adam & Eve/DDB

Starbucks "What's your name" by Iris

Veg Power "Eat them to defeat them" by Adam & Eve/DDB