Sophie Lloyd tells Campaign how nearly every department at Channel 4 helped create and execute the idea in a matter of days.

“Friday night was like a scene from Spartacus,” Sophie Lloyd recalls, when asked to reflect on Channel 4’s unprecedented move to cram nearly every supermarket retailer’s festive ads into two primetime ad breaks.

To show solidarity with Sainsbury’s, which was hit by a racist backlash from some people on social because its recent Christmas ad featured a black family, Channel 4 convinced rivals to run consecutive spots across two ad breaks on 27 November.

And yet, rather than just praise the supermarkets that decided to put rivalries aside for one night during the busy festive season, Lloyd is quick also to thank the non-supermarket brands that showed their love for the campaign on social media.

“There was so much support beyond supermarkets – from other retailers, like McDonald's and Beats by Dre. Friday night was like a scene from Spartacus, where everyone was standing alongside each other in solidarity.”

Lloyd, Channel 4’s branded entertainment and creative leader, has been in the role for less than a year, having been poached from Mother London in January. And yet the way she talks of the broadcaster’s purpose as being “relevant” and “part of a cultural moment” makes her sound like a company veteran.

She tells Campaign: "[It was] a massive, massive team effort – like I've never seen before. It was really impressive the way everyone was mobilised. It's a really important thing for Channel 4 – being able to be that agile, and reactive on linear.

"We want to be [a broadcaster] for agile ideas, so to be able to turn that around and prove that we could do it, and show our clients that we can do that is really exciting.”

How the idea was conceived

The story of how the ad break came about involves every department within Channel 4, apart from IT, Lloyd says. The initiative was conceived and executed in barely more than a week, she reveals, which is all the more remarkable because, as tactical TV ad campaigns go, it’s as ambitious as you’re likely to see anywhere in commercial media.

The first problem was persuading a group of supermarket brands to agree to show their ads one after another in a single ad break. This is normally a no-no in media planning, because rival brands are constantly jostling for ways to stand out from the competition, not stand beside them.

Emma Withington, executive director, head of planning, at Waitrose & Partners’ media agency Manning Gottlieb OMD, explains: “At this time of year, competition among supermarkets is usually at its peak. However, the break on Channel 4 showed that there are some issues which transcend retail rivalry. Putting all of the supermarkets together in the same ad break might seem like an easy thing to do but it doesn’t happen, especially not at Christmas.”

The idea itself originally came from two members of 4 Sales’ partnerships team: Chloe Herrtage, group partnerships manager, and Ryan Tindle, partnerships accoount manager, in response to seeing reports of a backlash against the Sainsbury’s ad on Wednesday 18 November.

“I think it was a week before [Chloe and Ryan] had the initial idea,” Lloyd recalls. “An idea can absolutely come from anywhere [at Channel 4] and that came from the two guys in the partnership team on a Thursday.

"It just ticked so many boxes: to be relevant, be reactive and be part of a cultural moment. And, also, we are an anti-racist organisation, so we stand up when we see racism, we want to call it out.”

By the next morning (20 November), Channel 4 chief executive Alex Mahon had signed off on the idea, and then a “core group” was assembled to make the joint supermarket ad break happen.

The next challenge was to get Sainsbury’s to endorse the move, which, it was hoped, would encourage its rivals to follow.

“What we were proposing was quite a huge thing, you know, to get all of the supermarkets, who are notoriously competitive at this time of year, to stand side by side,” Lloyd says.

“It was incredible how quickly everyone responded. So the media agency [PHD] was like, right, I'm on it. They got in touch with Sainsbury's and we had an answer that expressed interest from them within a couple of hours.“

An email was then sent out to the other supermarkets that same Friday afternoon, and they were given a Monday lunchtime deadline to register their interest. To Lloyd’s amazement, interest began to trickle through on Monday morning and she was relieved that they had secured even more demand than they had planned for – enough for two ad breaks.

One conspicuous absence was Morrisons, with many readers asking Campaign why it had not taken part. Campaign has contacted Morrisons’ press office to ask why, but did not receive a reply. Morrisons “Making Christmas” spot launched on 9 November and features more than one family comprising black people, which makes any implication that the brand’s absence is somehow supportive of racism all the more curious.

To ensure conversation about the ad break “lived on social”, Lloyd liaised with Channel 4’s internal social team to “build an asset that was social friendly, because social doesn't take kindly to just posting a three-minute ad on Twitter or Facebook.

"So we came up with a social strategy, as well, to get all the brands interacting with each other. They were tagging each other on Friday night, standing in solidarity with Sainsbury's, which was really great.”

The broadcaster also engaged its commissioning team, the department in charge of the editorial content within Channel 4 programmes, to ramp up awareness of the ad campaign. The people behind Steph’s Packed Lunch “replied within minutes” with agreement to plug the ads, while Adam Hills, presenter of The Last Leg, agreed to ask viewers to stick around and watch the ad break just before it aired. 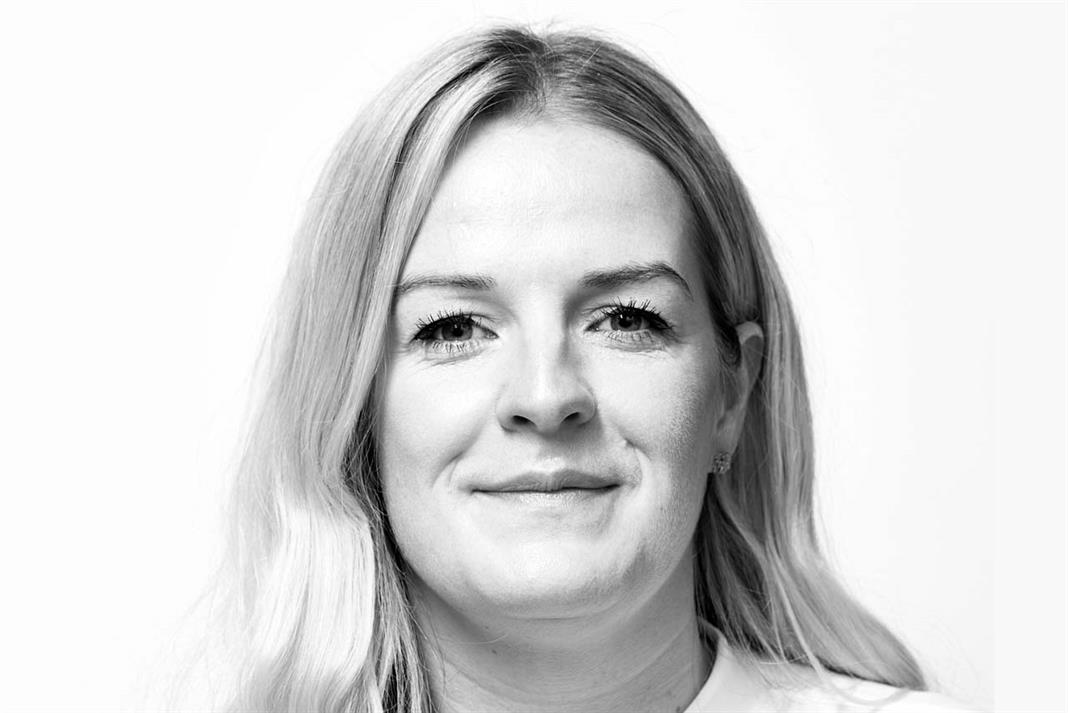 Lloyd (pictured, above) said Hills’ call to action meant that the ad break retained an audience 50% larger than that of the same time slot the week before, which she described as “quite good”. Campaign asked Channel 4 what the show’s advertising usually gets, but the broadcaster declined to comment, because of commercial sensitivity.

The ad breaks themselves consisted of existing spots that the brands were running that Friday and across the weekend anyway, but with a bespoke introduction and sign-off to tell the viewers what was happening. Channel 4 also created title cards at the end of each ad to remind people of what the hashtag was, in case viewers had tuned in halfway through.

All the advertisers involved in the ad break already had spots booked across the Friday and the weekend – there were no additional ad buys, Channel 4 confirmed. “It was a case of kind of moving them around,” Lloyd says, as well as “putting them all alongside each other, get the copy lengths, all working perfectly to fit into that ad break time length”.

The execution could be seen as all the more remarkable because most of Channel 4’s staff had been working from home during the November lockdown. But Lloyd suspects lockdown actually increased the possibility that they could pull it off, having run successful quick-turnaround initiatives like Clap For Our Carers (four days) when the pandemic first took hold in the spring.

“I think we were almost forced into it during Covid, forced to sort of look at our processes, because we wanted it to be relevant and reactive during that first lockdown [in March].”

Does that mean Channel 4 would not have been able to do something like this a year ago?

“We would absolutely have tried,” Lloyd insists, before quickly reminding Campaign she has not been in the job that long. "We would have given it a bloody good go, because there are ways around everything, you know – you can shift processes and make tweaks and push things if you feel like it's the right thing to do… the pandemic has changed the way a lot of people work, and people have had to re-evaluate their internal processes and the way they are creative and think more innovatively. So it gave us sort of a push in that direction.”

Lloyd believes this may spark further cross-sector collaborations in advertising.

She explains: “Given the last few months, I think it's probably something that will continue to happen more and more. There’s a balance.

"You don't want to saturate the market with too many ideas from a creative point of view. But it's just really strong when they do come together, because I think, especially this year, that feeling of coming together, when we're seeing that kind of unity on screen between all these advertisers that we know and love, that reflects and trickles down, I think people want to see more of it. It's a really positive thing."

Pick of the Week: Sainsbury’s emotional family story is fitting for these times