Mahon is 'used to a lot of change'. Just as well as she deals with the triple whammy of staff relocation, the need for creative renewal, and consumers' move from scheduled TV to on-demand and streaming.

There is an unsettled air in the London home of Channel 4, where a lengthy refurbishment is ongoing, upwards of 100 staff are exiting because of the relocation of jobs to Leeds, Glasgow and Bristol, and chief executive Alex Mahon is struggling to find a free meeting room.

"I’m used to a lot of change," Mahon beams, without a public relations minder in tow, "but I do understand how very hard that change can be for any individual that’s foisted upon."

Mahon, who grew up with nine step-siblings in Scotland, spent a year working for RTL in an "industrial estate" in Luxembourg in her twenties when the alternative was losing her job. She went on to international roles as chief executive of production company Shine and visual effects firm The Foundry.

Mahon joined Channel 4 as its first female boss in October 2017 at a dramatic moment for the £1bn-a-year broadcaster of The Great British Bake Off, Gogglebox and the Paralympics. Netflix’s growth was accelerating and sending production costs soaring, Rupert Murdoch was selling Sky, and Disney et al were preparing to jump into streaming as linear TV audiences kept shrinking, plus Brexit was casting a pall over the economy.

The 2018 numbers show Channel 4’s ad sales, which include its partners UKTV and BT Sport, were slightly better than flat and programme views on streaming platform All4 rose 26%. But its own share of commercial impacts on linear TV declined, while ITV and Sky both increased theirs. Content spend dropped 2% to £662m, with spend on original content falling 4%.

"I’ve totally come at the wrong time," Mahon chuckles, although she is enjoying the role. "I love it because Channel 4 is very meaningful in terms of what it’s here for," she says, referring to its not-for-profit remit to provide alternative programming. "But change is always difficult for an organisation and difficult to do [in terms of implementation]." At least Channel 4 is not exposed to the stock market, she notes.

The TV ad market will drop as much as 5% this year but it’s "not an entirely declining business" because digital revenues are "growing double-digit". She points out that "people are watching more video" and they want "signposting" from trusted providers such as Channel 4.

Mahon, who turns 46 this month, is putting her stamp on the state-owned, public-service broadcaster, which still gets 95% of its revenues from advertising.

She has agreed a content-sharing and advertising deal with Sky that means Channel 4’s portfolio of channels will be available on AdSmart, the addressable ad platform, for the first time.

Chief commercial officer Jonathan Allan is set to overhaul the 4 Sales team – "getting closer to clients while working with agencies" as she puts it.

And then there’s the broadcaster’s new, national headquarters in Leeds, where it finally opens its doors this month – nearly two-and-a-half years after the government demanded Channel 4 invest outside London.

Mahon is candid about the triple whammy of issues that she faces:

Mahon admits: "Three sets of change is a lot for any organisation to deal with at the same time."

Arguably, the move out of London is a distraction and could cost an estimated £50m. Mahon says it will take several more months to finish allocating jobs. Channel 4 is reluctant to give job numbers but only "tens" of people are relocating from London so there will be close to 100 redundancies. The move will change Channel 4 for the better culturally, she says.

Creatively, Mahon took an early risk by recruiting Ian Katz, a former deputy editor of The Guardian, as director of programmes. Claire Enders, founder of Enders Analysis, says Katz was a "contentious" choice because he is "not a programme-maker", bar a spell on Newsnight.

"He’s doing a good job," Mahon says, citing new shows such as The Circle, Jade: The Reality Star that Changed Britain, The British Tribe Next Door and Leaving Neverland.

Enders says the jury is out given the decline in Channel 4’s TV audience share, which "has followed the same downward trajectory since 2012" as Netflix has "juiced up".

Ultimately, Mahon’s greatest challenge is helping Channel 4 adapt to this new landscape with infinitely more variety than when the broadcaster was founded in 1982. "Being relevant and clear about what you stand for" is key at a time when there’s "a lack of social cohesion" in the UK, according to Mahon. That means commissioning shows that are "really distinctive and cut through and you understand why they are on Channel 4 and they speak to the audience".

She is betting on "localism", "not parochialism", and says Channel 4 stands out like a "craft beer", rather than commissioning shows like food and drink giants "distributing the same recipe to lots of different markets".

As the streamers go global, Mahon believes: "The answer for us has got to be a narrowing of that [focus on distinctive programming] and a heightening of flavours."

'We still really believe in advertising' 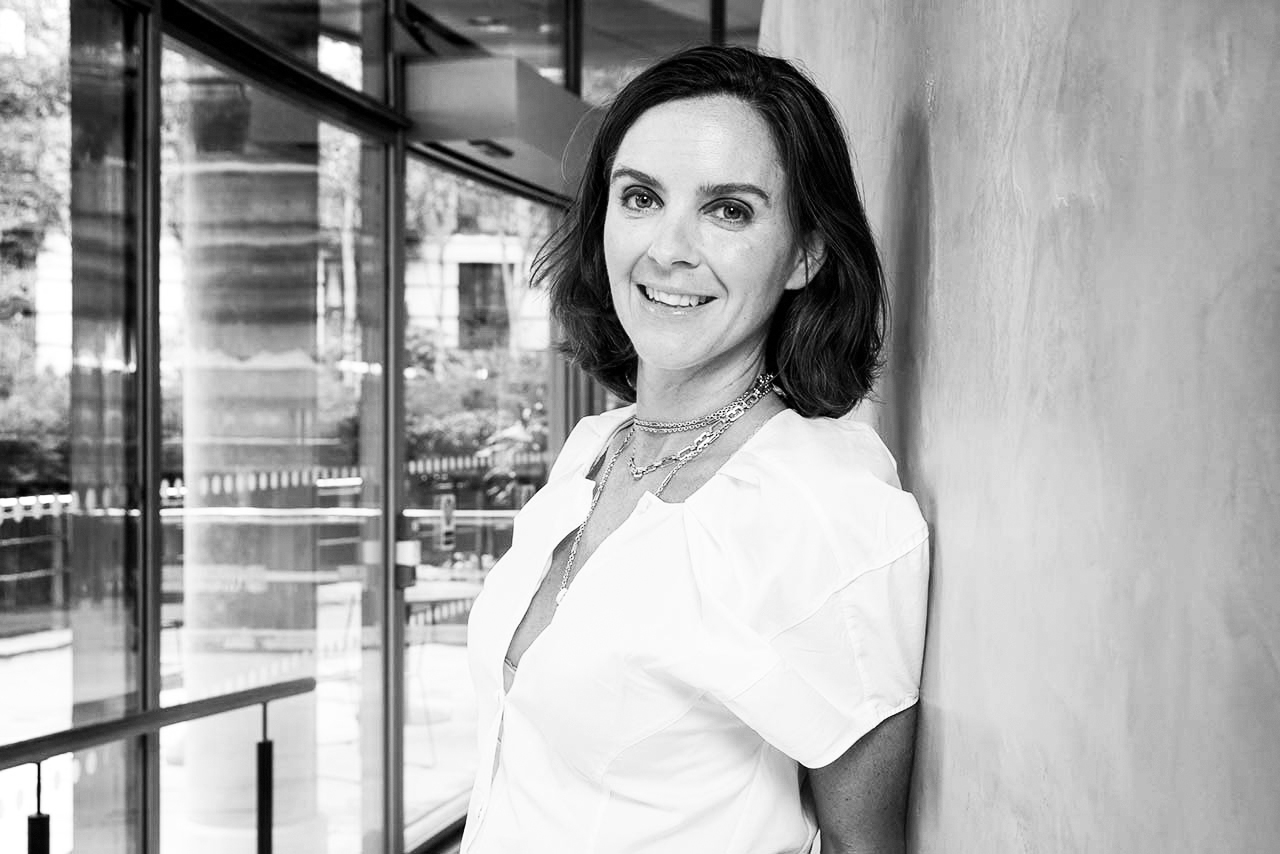 Advertisers still "love" TV’s mass reach and ability to build brands "in a way they can’t" in the online display world, she says. Indeed, Channel 4 remains reliant on linear ads and sponsorship, which brought in 81% of turnover last year. Digital represented 14% and offering addressable advertising is vital, she says, hence the AdSmart move. "We still really believe in advertising. We still think that audiences want to have things free at the point of use with advertising in it."

So she is in favour of an Ofcom proposal to increase the amount of advertising minutage per hour that ITV and Channel 4 can air.

Agency groups still wield buying power and Publicis Media pulled its spend from Channel 4 in January as the media buyer wanted to trade more on total volume, rather than share of linear TV and on-demand spend relative to other broadcasters.

Mahon is too savvy to weigh in on what she calls the "complex" nature of the TV trading market but says Channel 4 must be "responsive" to the changing needs of agencies and clients, which are "under pressure" in a similar way to broadcasters.

Enders describes Mahon as an "outstandingly charismatic, intelligent, talented all-rounder" and "probably the most sought-after female media executive in the UK today". She is on the headhunters’ list for top jobs at Ofcom and the BBC as well as at tech companies, Enders says.

Mahon, who earned £936,000 last year, brushes off talk about becoming director-general of the BBC: "I’m very busy here. I’ve got so much to do."

The partnership with Sky – sharing the rights to Formula One and some drama – has shown she is willing to think imaginatively. Stephen van Rooyen, UK and Ireland chief executive of Sky, says Mahon "has brought a fresh perspective to how commercial and public-service broadcasters can work together to benefit viewers and the industry" and he looks forward to how "we could further collaborate" in future.

Could Mahon contemplate something truly radical such as outsourcing Channel 4’s ad sales to Sky? It could hypothetically cut costs and allow for more content investment.

That’s "an interesting question to swing in", she says. "You always have to look at what would make your organisation fleet of foot. At the moment, I don’t see that as an advantage for us." It makes sense to "control your revenue", and there aren’t big savings to be made from trimming staff costs relative to content spend.

Still, ad-funded TV is under pressure. Mark Thompson, one of her predecessors, recently warned he sees "little alternative" to "root-and-branch transformation" at Channel 4 and ITV.

Mahon was a non-executive director of Ocado for five years. How do the internet grocer and Netflix compare to Channel 4? "They operate at the edge of product innovation. They set the market. The question is as a follower – which of the product attributes do you emulate and at what pace?" she says.

Channel 4’s role is "not to be the most innovative with the product or user interface or user experience – it’s to be the most innovative in content themes", she insists. "Our role is to find and source the new voices and new editorial perspectives and there’s going to be a continued, if not a growing requirement, particularly from the UK for the UK. If you lose that, you lose something quite important in the market."