The film, created by head of creative and design Alice Tonge, with Jolyon White and Richard Biggs (now at Wieden & Kennedy), celebrates the achievements of disabled people. The spot features 140 non-athletes and Paralympic stars.

Blink director Dougal Wilson shot the three-minute ad, which was set to a cover of Sammy Davis Jr’s Yes I Can.

Dan Brooke, chief marketing and communications officer at Channel 4, said: "Against all odds 'We're the superhumans' helped made Rio 2016 even more successful than London 2012, further transforming public attitudes to disabled people along the way. It's an honour to be recognised by two black Pencils at these most prestigious of creative awards."

"We’re the superhumans" was the only UK work to win a black Pencil at the awards ceremony in east London. 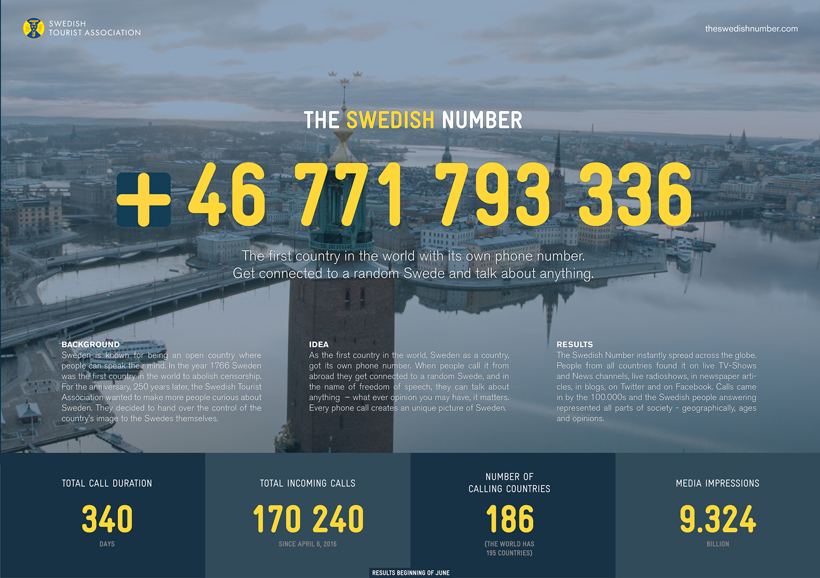 The Swedish Tourist Association's "The Swedish number", created by INGO Stockholm (above), picked up a black Pencil in the direct category.

The campaign created the world’s first dedicated phone number for a country which, when dialled, puts the caller through to a "random Swede" with whom they can "talk about anything". 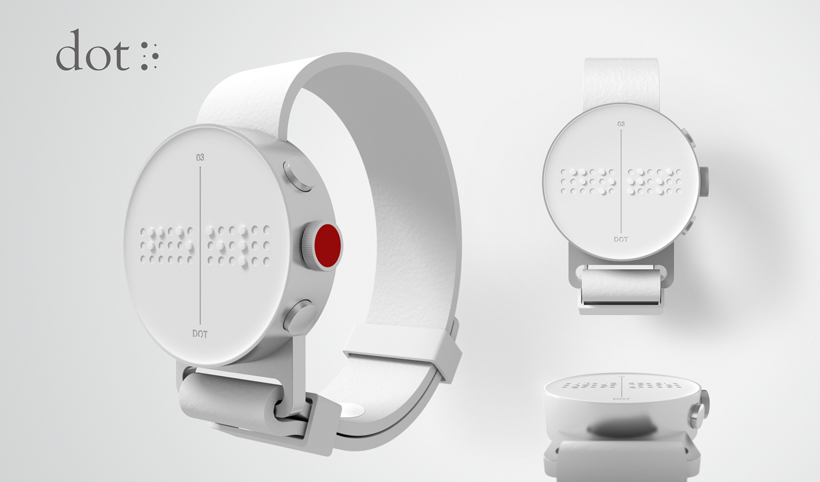 Germany’s Dot Corporation also picked up a coveted black Pencil in digital design for "Dot – The first Braille smartwatch" (above).

Black is the most coveted Pencil, reserved for ground-breaking work in its field. Yellow Pencils are awarded to work that is judged to be the best in the world. Graphite is the equivalent to a silver medal, and wood is a bronze. 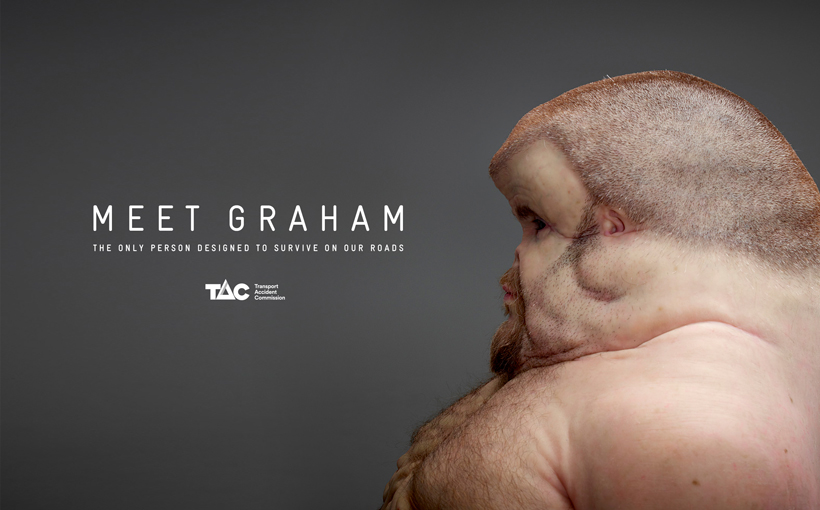 The US was the top awarded country for the first time, with 182 Pencils, followed by the UK with 162 Pencils – well ahead of third-placed Australia on 54.

Clemenger BBDO Melbourne was crowned the Most Awarded Advertising Agency of 2017, winning 16 Pencils overall, including 10 for "Meet Graham".

The UK’s Adam & Eve/DDB was second-most awarded, ahead of Japan’s Dentsu.

The Most Awarded Agency title is calculated with the colours of Pencils the agency has won. While Dentsu received the highest number of Pencils during judging week, Clemenger DDBO Melbourne won a greater number of higher level Pencils such as black and yellow.

Studio Sutherl& was awarded the Most Awarded Design Agency, winning eight Pencils overall, including two Yellow – one for its limited edition Agatha Christie stamps for Royal Mail and another for its campaign with Somos Brazil.

"What unites them is a clear desire to create a better world, whether it’s promoting diversity, safety or inclusivity but what is really fantastic is that they win this coveted award for their craft. Proof that creativity as a force for good lives outside of a single category but has become an all-encompassing theme.

"For the first time ever, the US is the country taking home the most number of Pencils. In fact, the top of the country rankings is comprised of countries from across Europe, the Americas, Asia and Africa, reminding us that D&AD is a truly global organisation, encouraging and awarding talent from around the world."

This year the President’s Award winner is Michael Johnson, creative director at Johnson Banks and ex-president of D&AD and black Pencil winner.

D&AD president Bruce Duckworth said of Johnson’s award: "Michael’s reputation for creative excellence is massive, he represents so much of what I respect about great design and great designers.

"He manages to distil complicated issues and simplifies them into solutions that you can’t argue with. They’re just right.

"He does the kind work that you can’t help but notice, the kind of work that I look at and wish I’d done myself. For this reason and for so many others, I am giving this Award to him."

WATCH: Should the ad industry use quotas and targets to tackle gender inequality?