Channel 5's new brand proposition aims to evoke feelings of warmth and familiarity as it launches its "At home on 5" marketing campaign today.

It is the first major marketing push since Channel 5 rebranded its TV and online portfolio in 2016 and was described as an "evolution" of the free-to-air broadcaster’s identity since being bought by Viacom.

The campaign is shot across different UK locations and features celebrities Tony Robinson and Ben Fogle, as well as "real people", who talk about "the magic of home" and what home means to them.

Chris Aylott, senior director, marketing at Channel 5, said the "At home on 5" proposition is driven by the insight that live TV is effective in helping time-poor people unwind, connect and feel comforted.

"This campaign evokes the spirit of the channel, to reflect the lives of people in the UK – right now people need life-affirming and warm TV."

Viacom, the US media giant owner of Paramount Pictures and MTV, said it is the biggest investment it has made in marketing the Channel 5 brand since it was acquired from Northern & Shell in September 2014.

The broadcaster’s identity, according to Aylott, had been strengthened as it moved from being a "heavily-acquired channel" (which buys a lot of shows from other networks and countries), to one that broadcast "1,000 hours of original content in peak" last year. 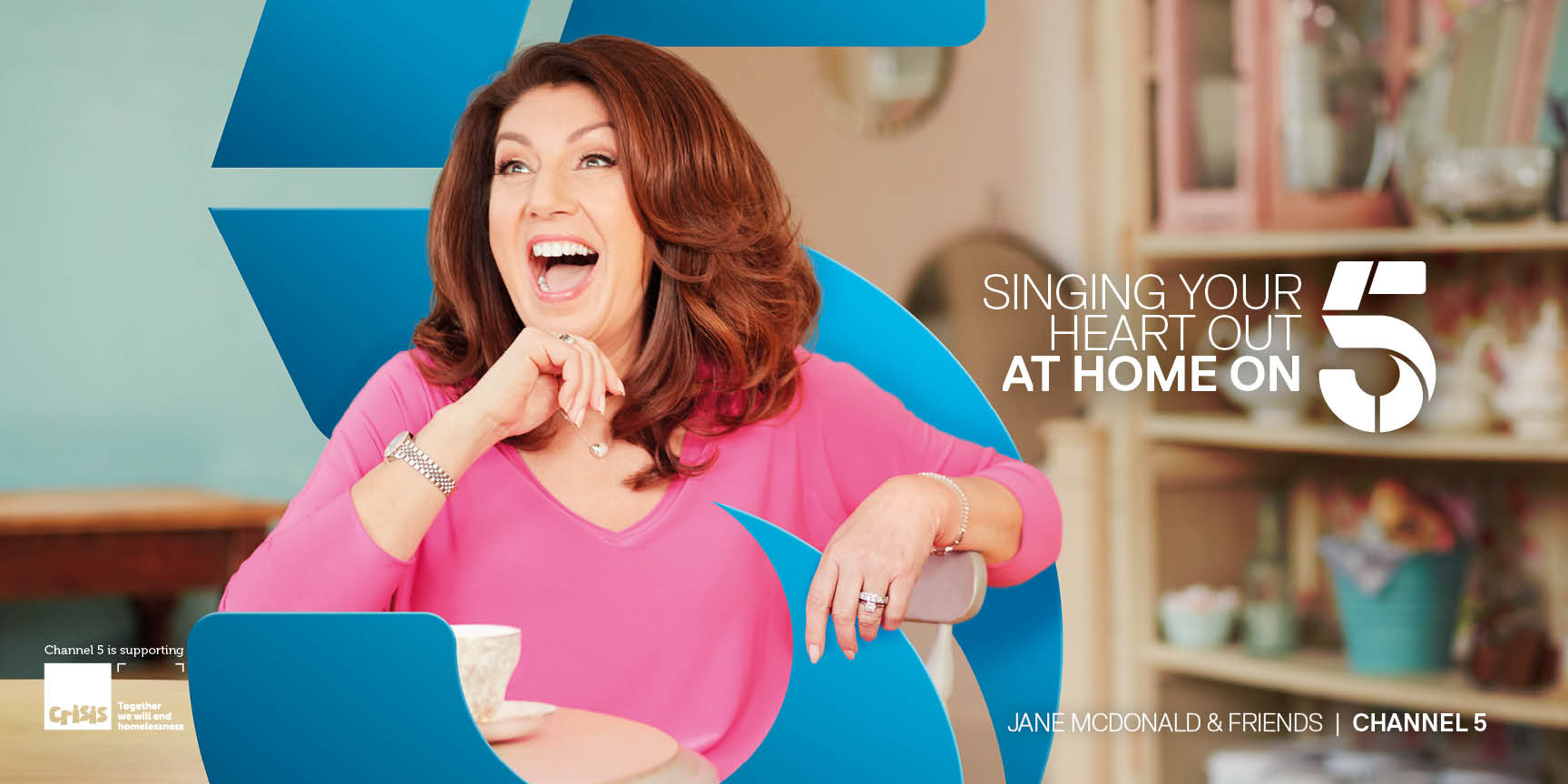 Aylott continued: "We hope the campaign will connect with everyone – all audiences – heavy and medium viewers… last year our share performance increased and we saw significant ABC1 growth. We want to make sure we’re connecting with new viewers to come with greater frequency – we’re hoping this campaign will surprise a few people."

The broadcaster, which celebrates its 21st anniversary this week, has partnered with Crisis, the charity to end homelessness. Crisis branding will feature prominently across the brand campaign, both on- and off-air. Viacom has also committed to implementing annual volunteering days, working with Crisis, for all Channel 5 staff, for three years.

"To present that opportunity to Crisis, to connect them to that broad audience, is incredibly powerful," Aylott said. "We have a season of programming talking about social housing, and having a campaign that is talking about the sense of home meant it felt natural to go out to Crisis and welcome that into the channel."

The films and idents have been directed by Tomas Leach and were produced by Moxie Pictures. PHD has managed all the media buying.

MTV EMAs 'biggest' ever at the SSE Arena, Wembley pulls in extra viewers