Although a more pressing question would be, why don't all chief executives listen to Slayer before a big pitch? 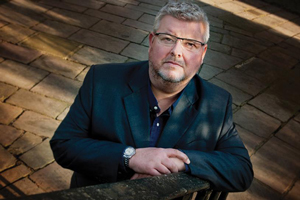 Andy Jones, the chief executive at IPG Mediabrands UK and Ireland, is to leave the company after 30 years, Campaign's Gurjit Degun reports.

Jones became the chief executive at IPG Mediabrands UK and Ireland two years ago and aimed to turn the company around to compete with its bigger rivals, but it's been a tough year with the loss of the £90 million Tesco business to MediaCom in April.

Jim Hytner, the global chief operating officer, will take over the leadership of the UK on an interim basis.

Read on for more on the careers of Jones and Hytner. 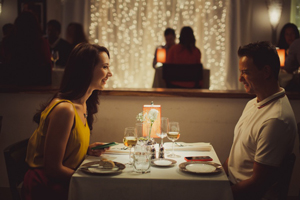 Online dating site MySingleFriend has taken a swing at rivals such as Tinder and their "throwaway" approach to hooking people up with prospective partners, with an ad campaign in which characters 'swipe' away their disastrous dates, Marketing's Ben Bold writes.

MySingleFriend, founded by TV presenter and property developer Sarah Beeny, kicked off its campaign yesterday and will be rolling out eight versions of the ad.

The ads were created in partnership with Channel 5 Productions and will run on the broadcaster’s Channel 5, 5 USA and 5* channels during the rest of December and into January.

Dating sites typically enjoy their busiest time of year around December. In 2014, MySingleFriend experienced a 145% boost in sign-ups on Boxing Day, a peak that lasted throughout the Christmas period.

Advice: What the media winners did in 2015

Writing in Campaign, David Indo from ID Comms looks back on an unprecedented year for media pitches with billions of dollars in billings going live in the second quarter.

In those managed by ID Comms, it became abundantly clear that some agencies were spreading themselves too thinly, while others "had clearly decided they were going to focus on that particular pitch and make winning it an internal priority."

Beyond the focus and commitment, Indo lays out four key factors that divided the winners from those that didn’t make it past the initial stages. Here they are, in brief:

Read on for more tips on how to win that media business.

Sue Unerman, chief strategy officer at MediaCom UK, has a fascinating piece in Campaign on a behavioural shift planners should be aware of: that of the app acting as the start place for search.

Read on to find out what the implications of this change are.

Playlists: Songs for creatives and suits

Campaign's Gurjit Degun has surveyed creatives and "suits" from the business to find out what they listen to when they need to get the juices flowing.

One group seem to lean towards Hi-NRG pop, while the other leans on the Rolling Stones. Can you guess which is which? Yes, you can.

The creatives' playlist is below, read on to find out who nominated what.

And here's what suits listen to before the big pitch.

Round of applause for Chris Hirst, the group chief executive at Havas Worldwide UK and Europe, who nominated the "wildly inappropriate" Slayer.