Doctors of the World is telling people to "make a child cry" as part of a new global campaign.

The #MakeAChildCry hashtag is being seeded on Twitter and has already appeared on press and outdoor ads in France as part of a global campaign by the non-governmental organisation. 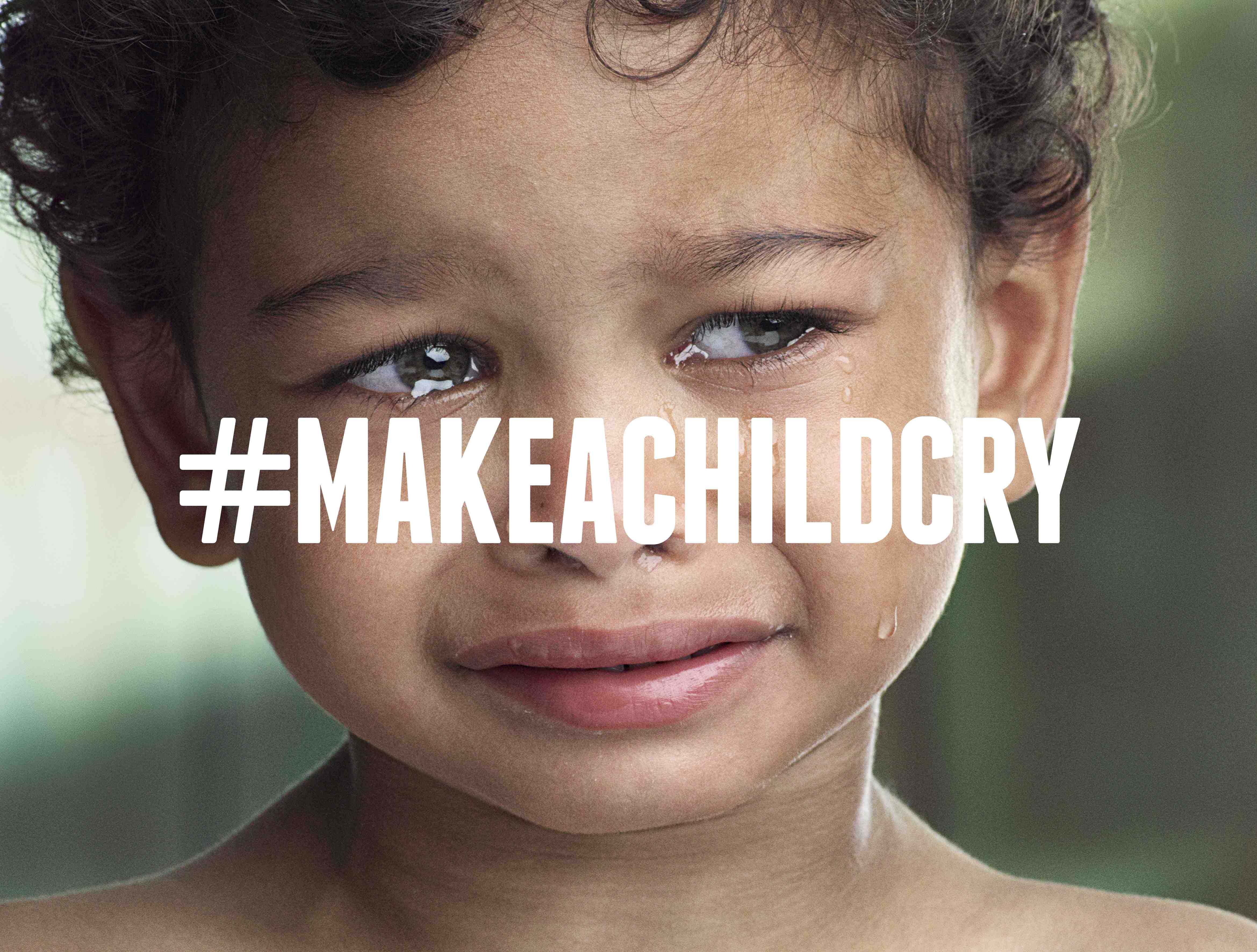 The idea, which was conceived by DDB Paris, is meant to shock people with teaser ads containing the seemingly callous command before revealing bigger picture ads that communicate the campaign’s true message – it’s better to see a child cry during medical treatment than die from a preventable disease. 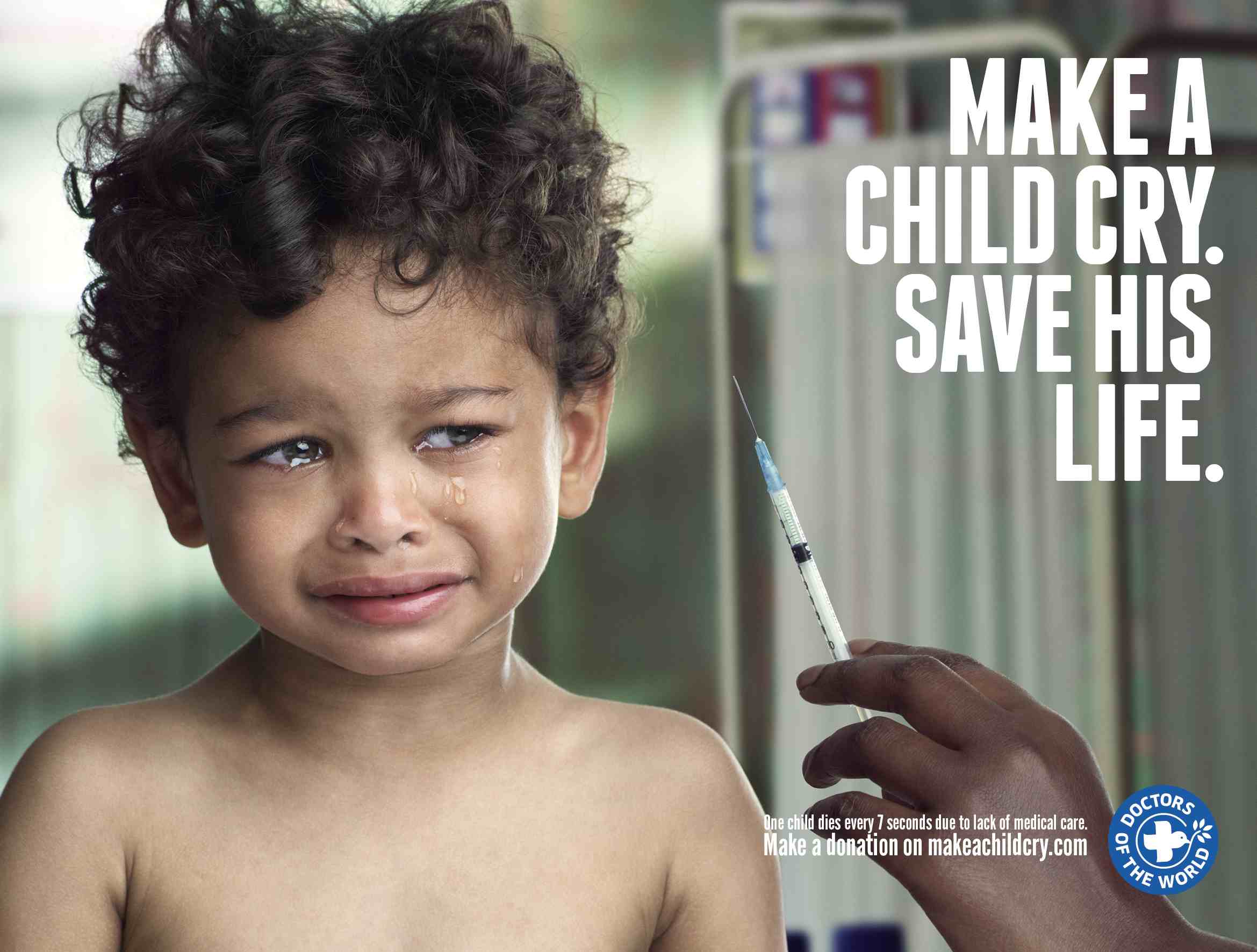 Doctors of the World claims four million children across the world die from preventable diseases every year.

The print and social media ads are backed by a TV spot, which is already running online, and will air in Germany, Argentina, Canada, Spain, Greece, Netherlands, Portugal, Switzerland and the UK, as well as France.

The film opens on crying children before panning out to show that they are in tears because they are receiving vaccinations and other treatments.

The spot ends with a call to donate at makeachildcry.com. The scenes were shot using actors.

The work was created by Gautier Fage, Sébastien Henras, Julien Bon and Benoit Oulhen. The TV spot and print ads were shot by Achim Lippoth through Magali Films.

Doctors of the World (Médecins du Monde) is an NGO that launched in 1980 and delivers healthcare to the world’s most vulnerable people, through health programmes and advocacy.

How confidence, emotion and the rise of the Nu-Scam shaped Cannes 2015