The global marketing director of Paddy Power is no stranger to the headlines, making him the biggest mischief-maker in the industry. 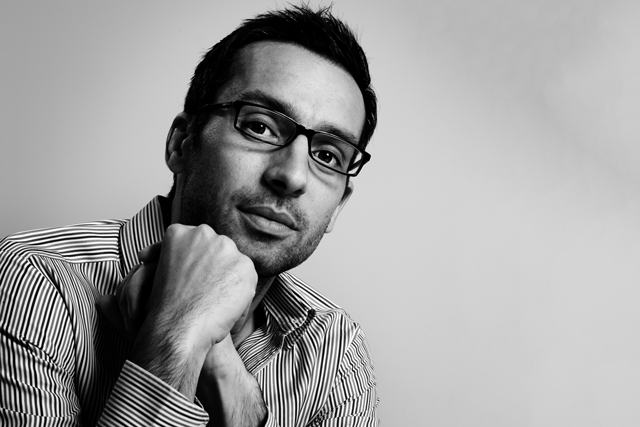 Oh dear. Writing a serious business profile of someone whose brand is all about irreverent mischief isn’t going to be easy. Especially when that person loathes any trace of sycophancy. However, at the risk of losing the account, here goes… The most surprising thing about Christian Woolfenden is, perhaps, also the most telling: he started off in the finance department at Procter & Gamble.

That’s right, the man ultimately responsible for hijacking the Olympics, skyjacking the Ryder Cup and pantsjacking the Brit Awards is a bona fide bean-counter. This confounds the popular image of a maverick marketer, making mischief for the sake of it. But the truth is, Christian is utterly commercial and encourages the attention-grabbing for which the brand is famous only because it pays back so handsomely.

As he sometimes points out, things can’t be any other way in a business that’s full of mathematicians. This disciplined approach can take people aback at first, to the extent that one colleague relates how even an untidy desk is liable to leave Christian "looking like he is about to simul­taneously vomit and cry".

However, in many ways, the insis­tence on rigour is precisely what enables the company’s creative spirit to flourish. All those outrageous ideas see the light of day only because they’ve been meticulously thought-through.The audacious stunts come off only because they’ve been timed to perfection. The reactive tweets are so quick and funny only because a formidable social-media machine has been assembled in the first place – there is a lot of method behind the madness.

Having said that, Christian also knows that marketing isn’t an exact science. He has great intuitive judgement and, in particular, understands the alchemy that occurs when you combine ‘balls of steel’ with ‘hearts of gold’ – in other words, when the brand’s mischief is directed at the big, bad guys on behalf of the punter. This intuitive confidence also means he is prepared to back experiments – often developed by a ‘mischief department’, set up specifically for the purpose – that would terrify most clients.

Aclassic example of this was his support for ‘Shave the rainforest’ in the run-up to this year’s FIFA World Cup. The idea was to release photos suggesting that Paddy Power had carved ‘C’mon England’ into the Brazilian jungle – only to reveal later that the pictures were fake, and designed to draw attention to the very real problem of deforestation.

The whole operation was riddled with risk and, 24 hours in, as we trended worldwide on Twitter and consumers issued death threats for our supposedly outrageous behaviour, he might have been forgiven for regretting his backing. Instead, he encouraged us all to fan the flames, safe in the instinctive conviction that the response would be even more positive when we explained our true intentions (it was, with calls for those responsible to be knighted, for services to the planet).

That brings me to another of Christian’s great strengths – his ability to galvanise diverse teams (including an extra­ordinary in-house squad that would put most agencies to shame) and push them to deliver their best. My creative partner Danny says there are two types of client: those you worry about scaring because you’ve gone too far; and the ones you worry about disappointing because you’ve not gone far enough. Christian is definitely in the latter camp.

His briefs are inspirational and gloriously free of restrictions – "Just make sure nobody gets arrested" was a memorable mandatory on one project. Meanwhile, his feedback is laser-focused and always geared toward making things bigger and better, rather than reining things in. As such, everyone wants to run through walls with him.

This year, that’s perhaps been most evident with the return of ‘Rainbow Laces’, the campaign we launched last year to tackle homo­phobia in football. The inaugural activity was a huge success – Marketing named it as one of its campaigns of the year – and a lesser mortal might have been content with more of the same. But Christian had the vision and ambition to open up the idea to other brands.

After a Herculean effort by all concerned, more than 40 companies eventually declared their support (from McDonald’s and Adidas to Smirnoff and O2), helping us to generate more than 400m Twitter impressions in a week and make this taboo subject a genuinely mainstream topic of conversation.

Even arch-rival William Hill gave us a generous shout-out, showing that when Christian is on a mission, he is impossible to stop. It’s fair to say that Paddy Power is a unique organ­i­sation. However, Christian’s style, blending mission and mischief, commercial rigour and creative judgement, customer intuition and cultural smarts, has lessons for us all – even if it’s bloody hard to write about without pissing him off.