From festive singalongs to ice-skating rinks, there has been a range of engaging experiences this Christmas. Campaign rounds up some of the best. 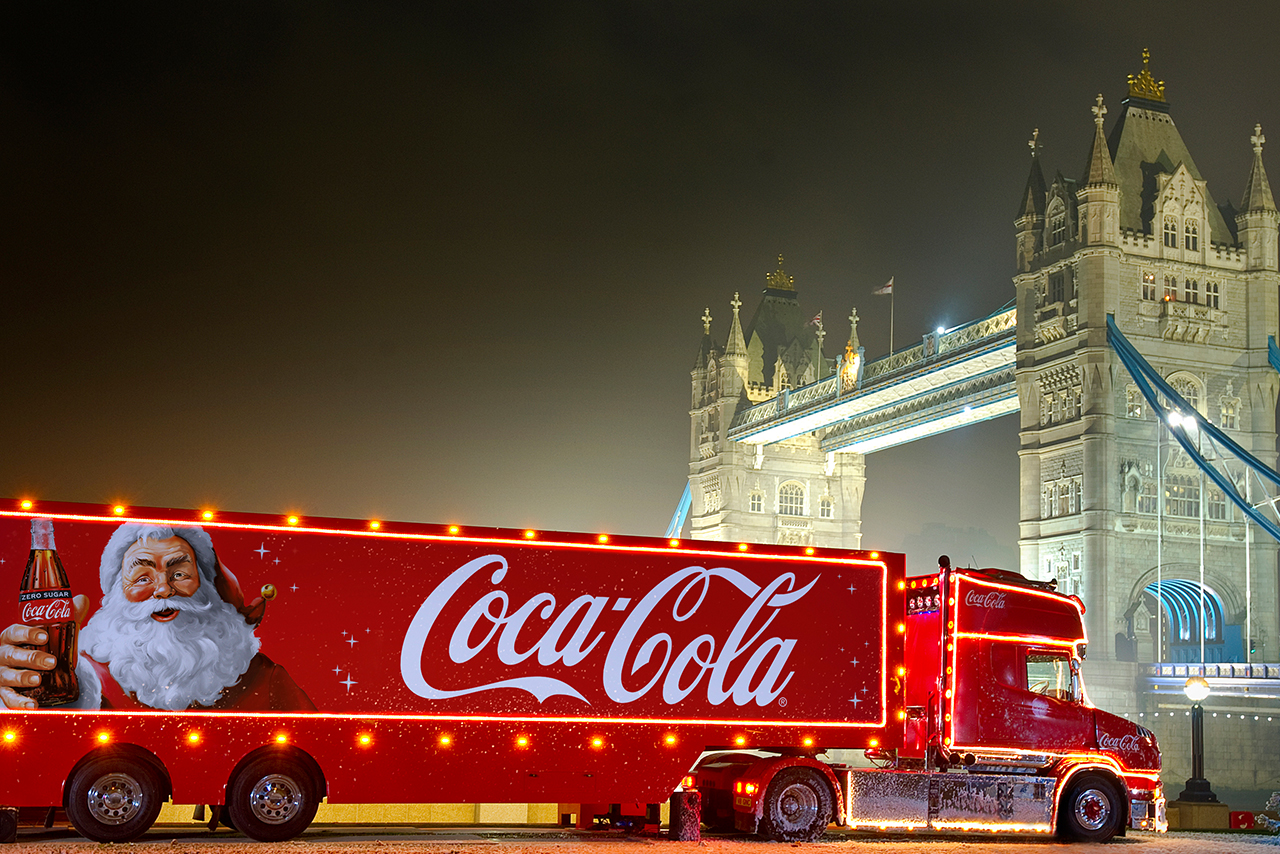 Holidays are coming, with the famous truck visiting 19 stops nationwide, delivering Coca-Cola in a festive, snowy setting. Alongside the truck tour, which is in its ninth year, Coca-Cola will host festive singalongs, with Piccadilly Lights live-streaming Christmas songs accompanied by a choir. Mission and MKTG are delivering the projects. 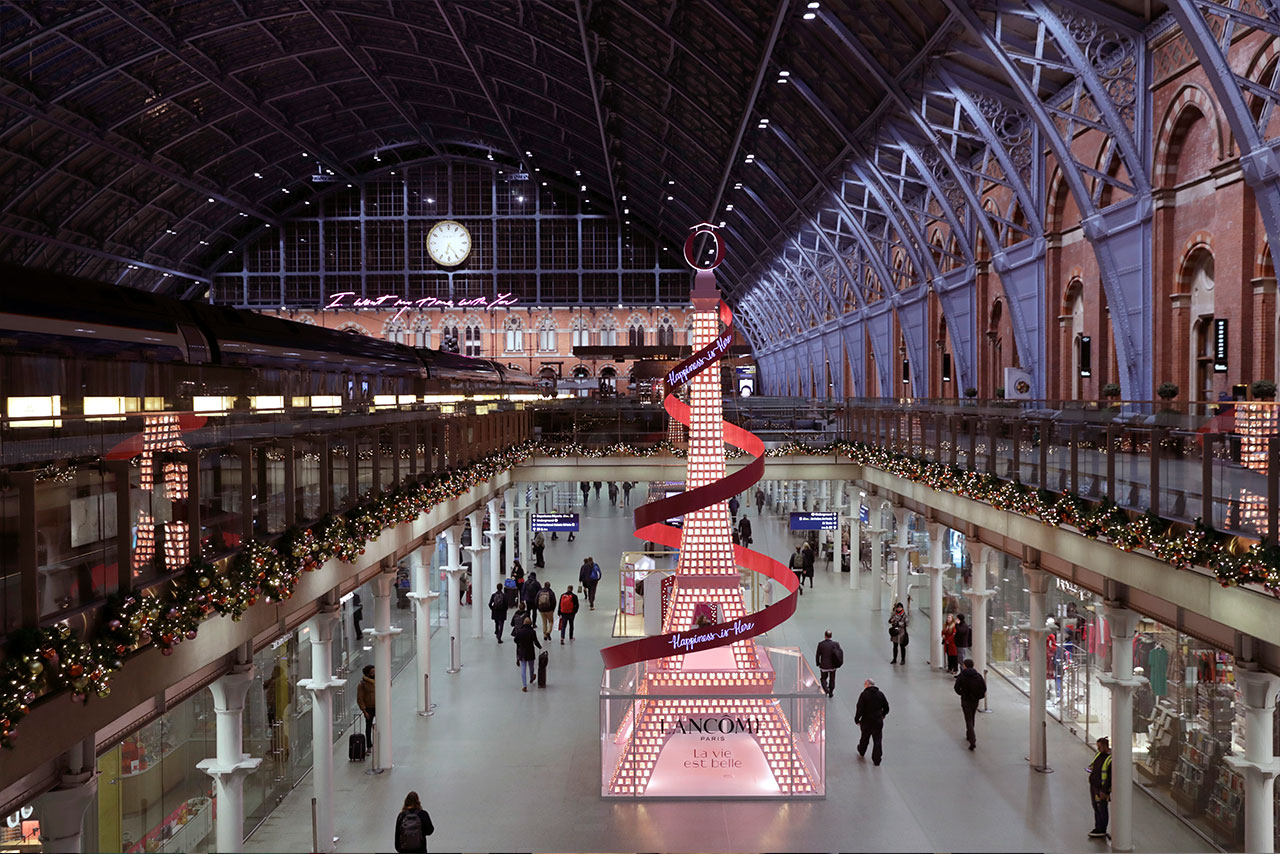 A 36-foot Eiffel Tower will replace a traditional Christmas tree at London's St Pancras International station. The structure is decorated with more than 1,500 bottles of Lancôme's La Vie Est Belle fragrance and will play a light show comprising 1,000 internal and 320 external flashing LED lights, taking place around 600 times over the festive season. Wavemaker is working alongside Kinetic to deliver the project.

Entering through a bridge modelled on the bridges of Central Park, guests enter a space filled with festive décor inspired by the Tiffany & Co fragrance holiday campaign. The installation features oversized Tiffany blue boxes, sparkling snow, a snowman and a four-foot bottle of the brand's eau de parfum inside a snow globe. The scent of the perfume will be diffused throughout the space. The Persuaders is delivering the project.

A gift shop open for two weeks aims to help consumers find the perfect "sexy" gift for Christmas. Visitors could create their own "12 days of Christmas" playbox by selecting from a pick ’n’ mix of adult toys from Lovehoney, including lubricants, silk restraint ribbons and massage oils. 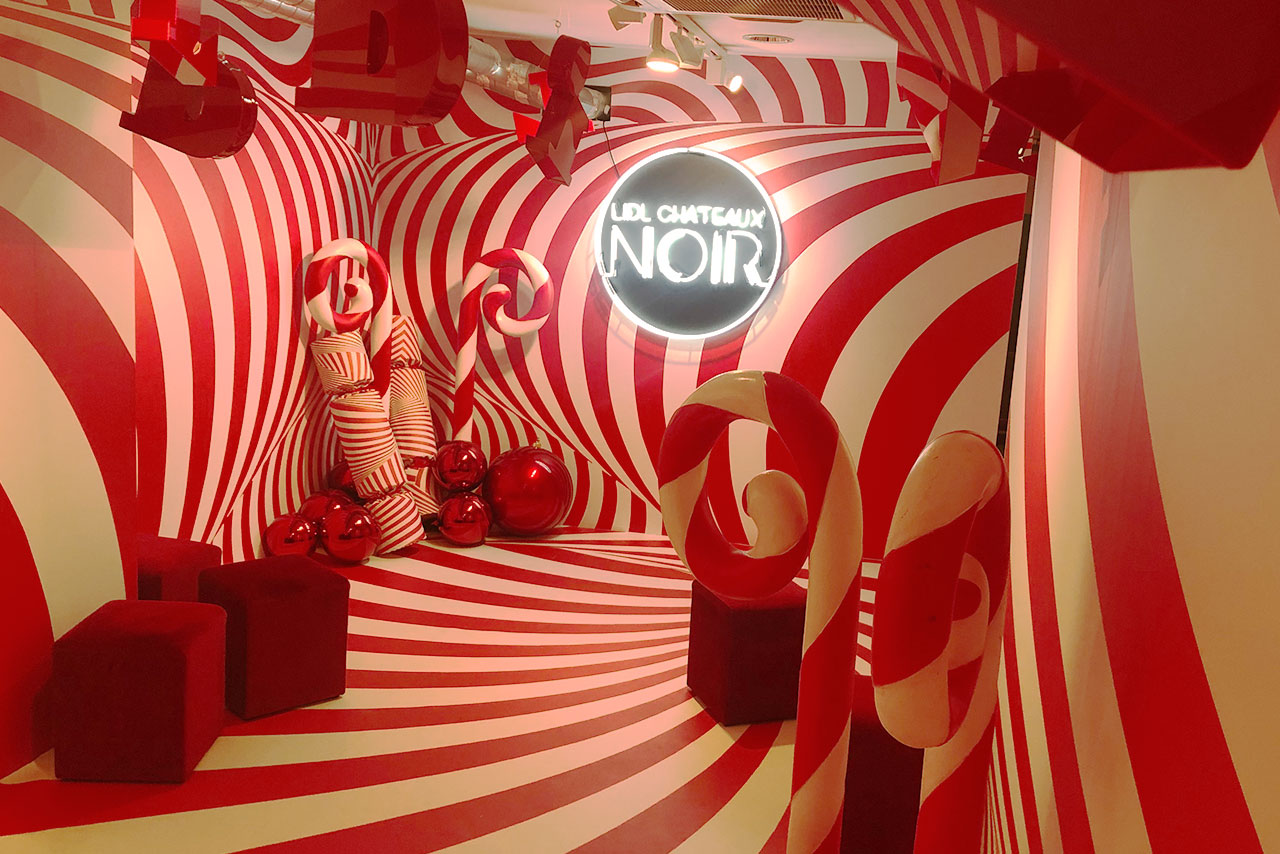 Inside the Christmas-themed wine bar, consumers were able to taste wines without being influenced by the look of the bottle. Visitors could enter the "Discombobulation chamber", a candy cane-striped space that aims to confuse the senses with tricks of scale. A blind wine-tasting was hosted by Lidl's master of wine, Richard Bampfield, in "cellar noir", where drinks were served by waiters wearing night-vision goggles. CSM Live worked alongside Good Relations to deliver the project. 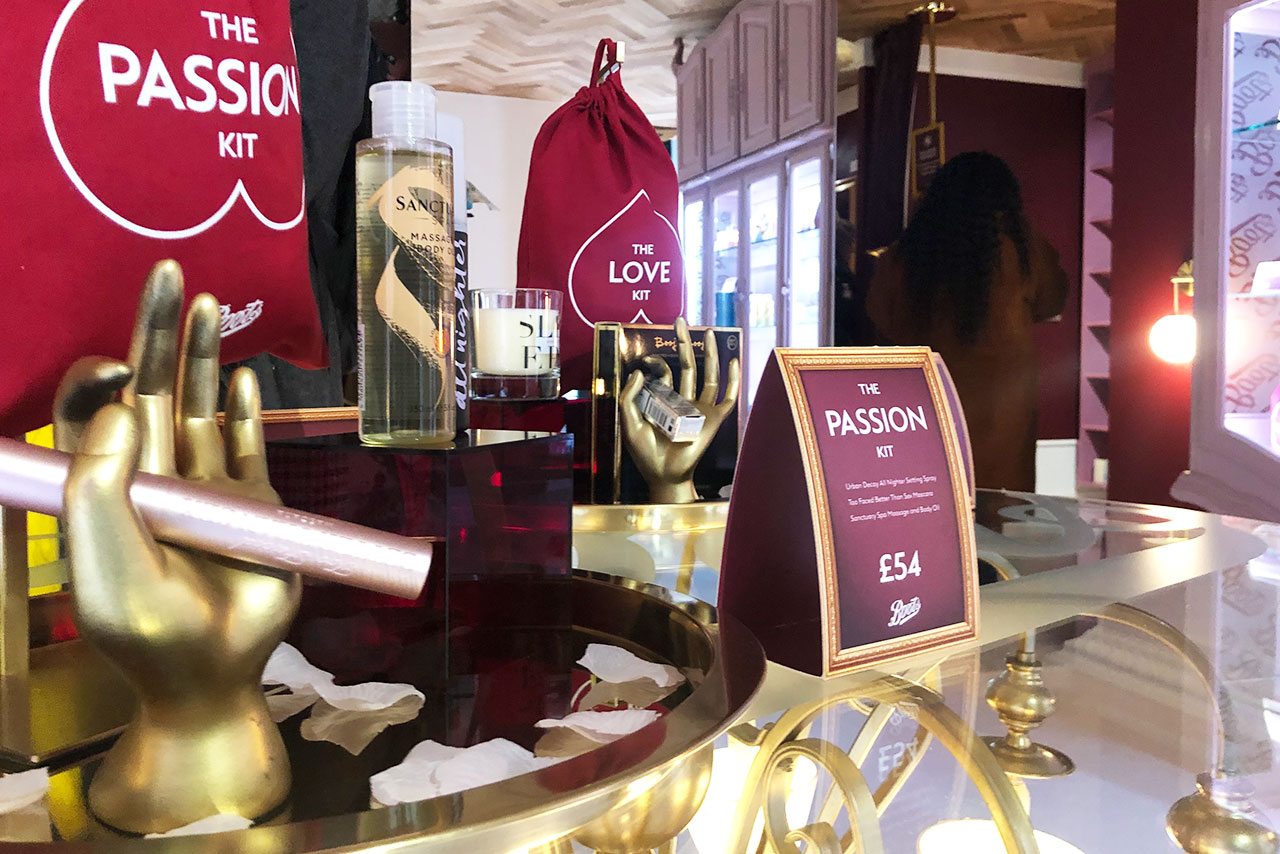 Ultra-targeted "Bootiques" were aimed at various character types. Three pop-ups took place: themed on love in London, aimed at tweens in Birmingham and based around sleep in Liverpool. The Soho activation turned the concept of love upside down, with the furniture placed on the ceiling. The "Bootiques" are part of Boots’ Christmas campaign by Ogilvy. Geometry UK is delivering the activations. 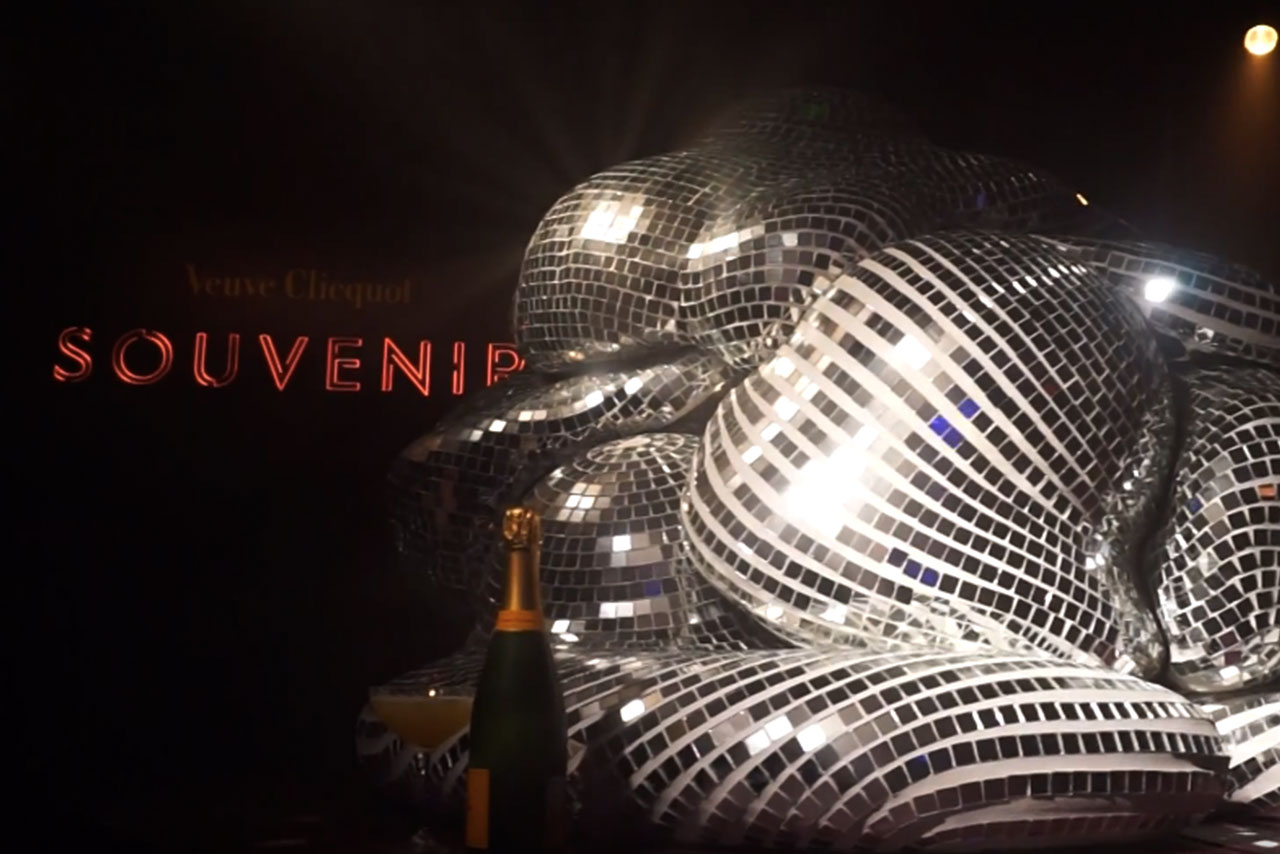 A Champagne bar with elements of a speakeasy and a sensory experience was in London's Covent Garden. The space was curated by musician St Vincent, who wanted the activation to "transport visitors to another world". Guests could walk through a maze of light while hearing a futuristic soundtrack. Bite-sized food was matched to Champagne and cocktails by plant-based studio Plates London. Hingston Studio worked alongside Mission to deliver the experience.

An installation of 12 models was based on a rewrite of The Twelve Days of Christmas, with each line of the song reimagined. The Producers, which is delivering the project, enlisted the help of children to help the agency take a "kids first" approach. The festive models include "a dragon-shaped christmas tree", "a princess rocket castle" and "carrots rabbit chasing". 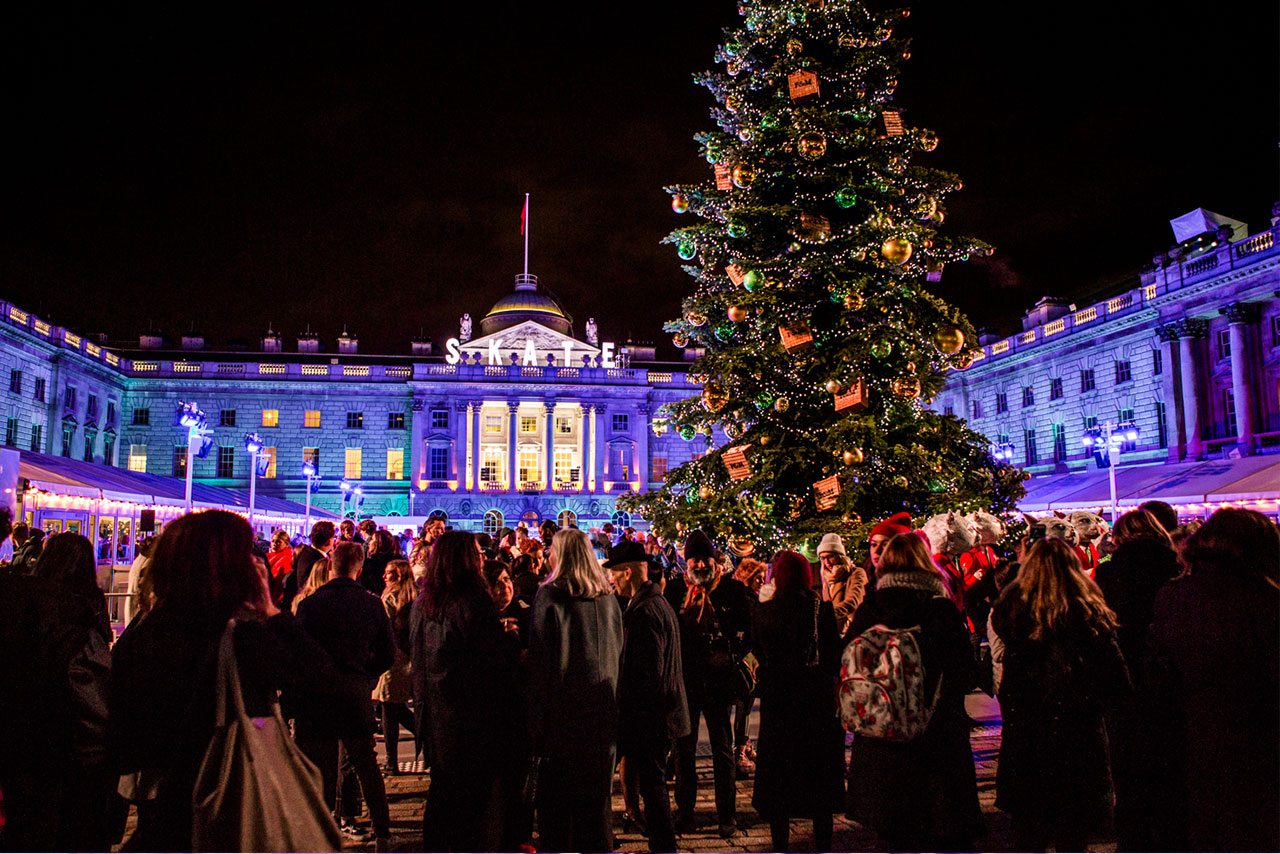 The ice rink at Somerset House will host a series of Skate Lates events with Rinse FM and Krankbrother on the schedule. Visitors can take a break from the ice at the Fortnum & Mason ski lodge, Christmas arcade and skate lounge. As well as places to relax and grab refreshments, guests can shop a curated collection of the brand's staple Christmas products, including biscuits, wine and decorations.

Grey Goose gets into the spirit of Christmas 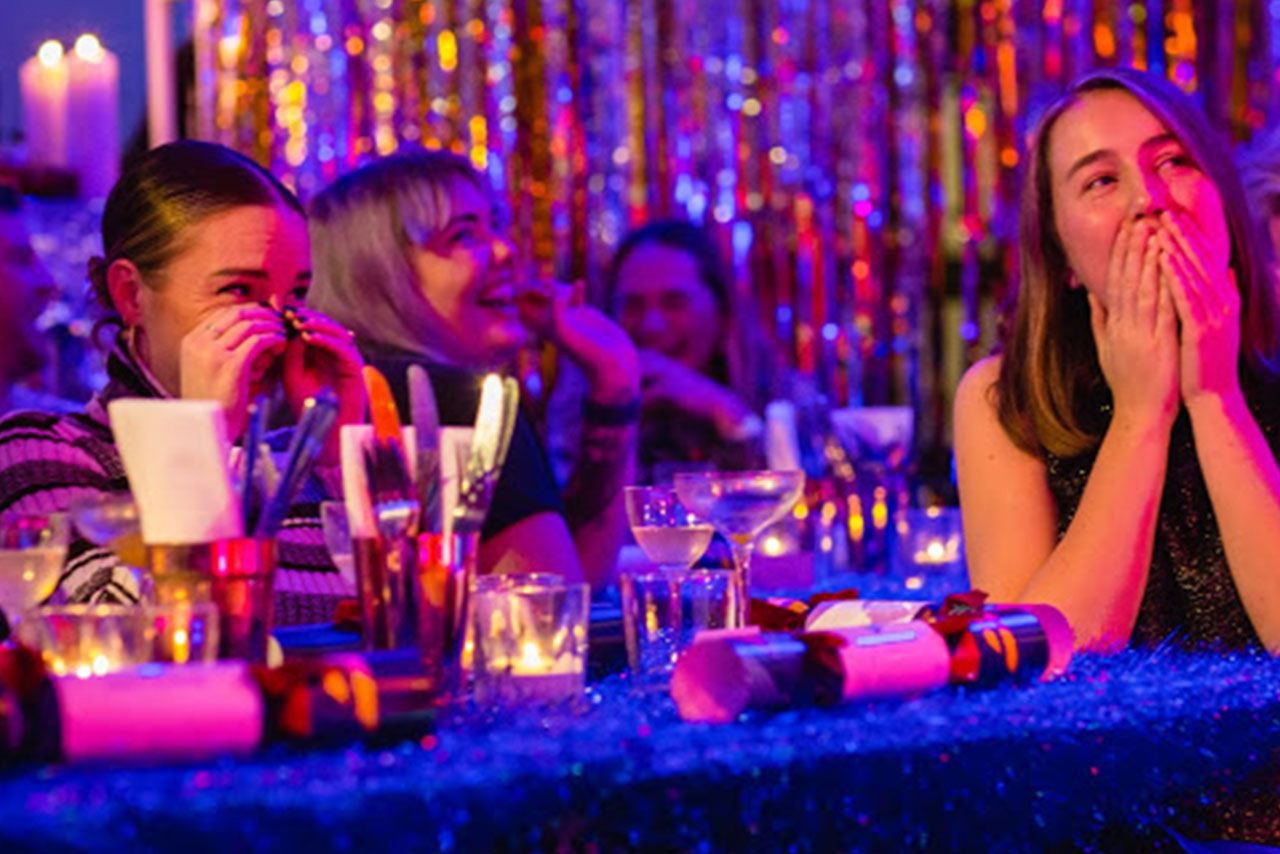 A three-course menu was matched with comedians and paired with a cocktail menu featuring sparkling slushies, mince pie-infused drinks and a Mariah Carey-inspired glittery espresso martini. Performers at the activation include Jamali Maddix and Maisie Adam, and drag performers Mariah and Friendz, who performed an All I Want For Christmas is You-inspired finale. Ogilvy delivered the project. 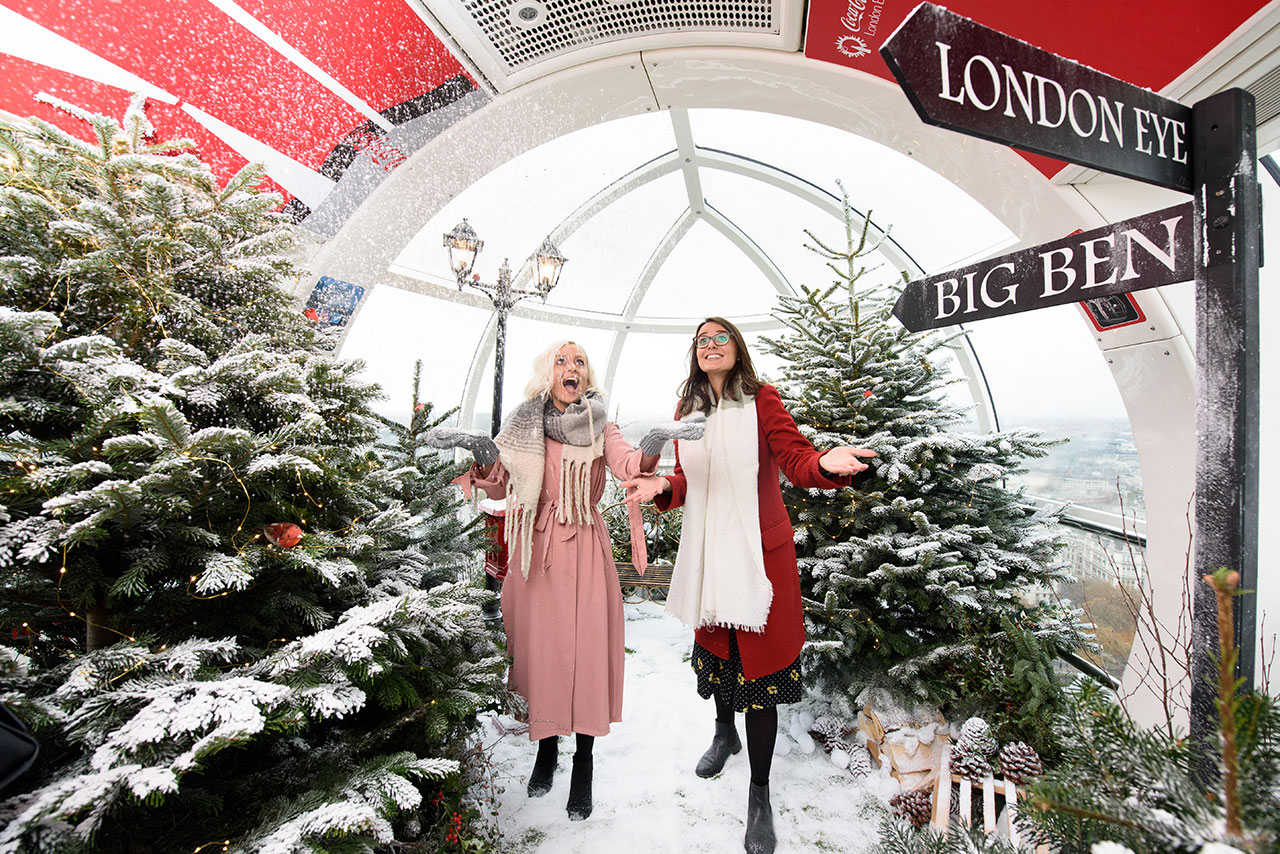 Coca-Cola London Eye created a snowy London Christmas scene in one of its capsules. The attraction was fitted out with real pine trees, a flickering lamp post, a London park bench and a traditional red post box. Open from 29 November until 4 December, the "snow globe" was also decorated with snowballs and wooden logs. Guests with London Eye tickets were randomly selected for the 30-minute experience. PR agency Stripe Communications delivered the project.

Sainsbury’s and Argos used the "Giving store" pop-up to educate people about the factors that contribute to food poverty in the UK. The Dickensian-themed activation had a snow-filled forest, interactive donation containers and characters that took children through the process of creating a Christmas dinner.

Tesco hosts activation with taste of Christmas past, present and future

Cadbury's pop-up post office is back for another year

Guinness is opening pub that seats only five people

KFC and Deliveroo dish out burgers from 10ft gift box